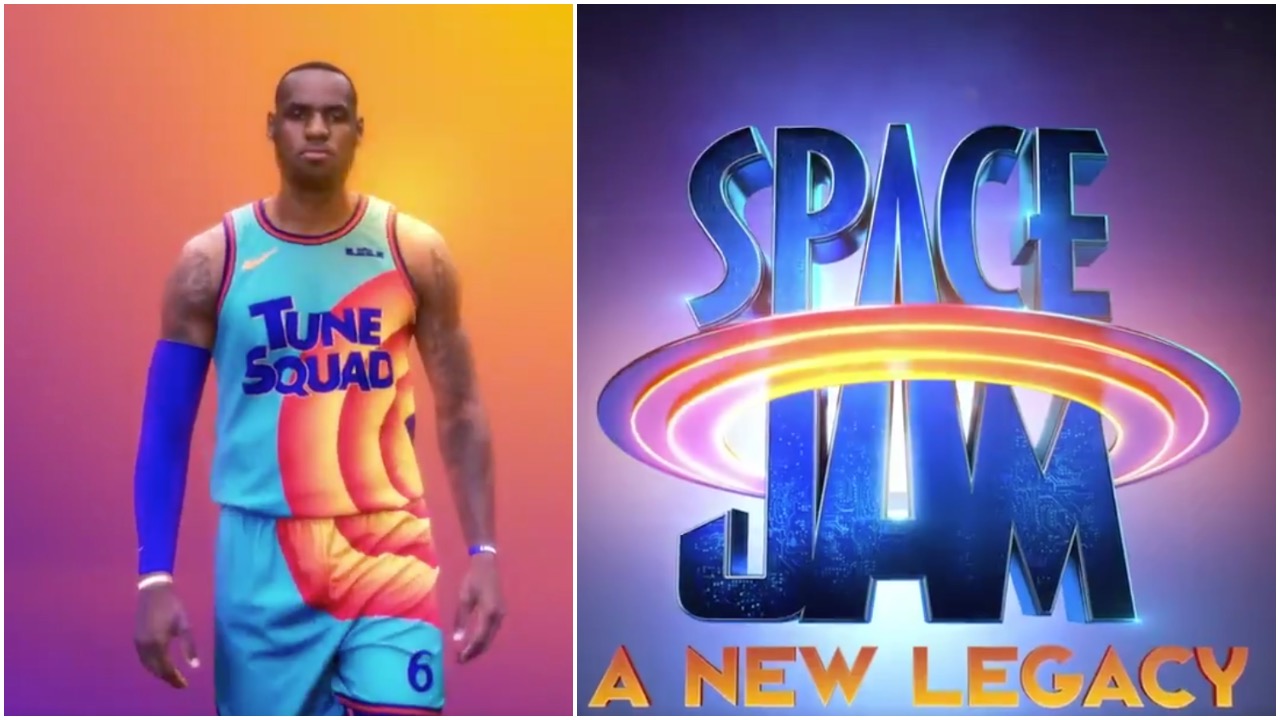 It’s been 24 years since we first witnessed that moment in Space Jam whereMichael Jordan rises from halfcourt, extends his arm, and drops the game-winner to beat the Monstars.  Now, many of us are eagerly awaiting for this generation’s GOAT to be featured in the re-make for the film.

For the time being, the scheduled movie theatre release date for Space Jam: A New Legacy is set for 7/16/2021 assuming COVID-19 restrictions don’t hamper this effort. In July 2015 Bron Bron’s entertainment company SpringHill Entertainment announced a partnership with Warner Bros, the company which created Space Jams.  LeBron stated at the time,  “Connecting with my fans and telling meaningful stories have always been my passion. In everything I’ve done, from Nike commercials to Uninterrupted and Survivor’s Remorse, it’s always about connecting with people of all ages and providing unique content they can all enjoy…And I’ve always loved movies, which makes Warner Bros. the ultimate partner to help us continue to push the envelope. I can’t wait to see what we come up with.”

LeBron added to the speculation with a tweet later that month while responding to a tweet which read “Sooo…Space Jam 2?”,

In February 2019 LeBron confirmed the movie was in the works.

LeBron got the kids in Charlotte excited about Space Jam 2, which starts filming this summer pic.twitter.com/qqJwCNy1b8

In August of 2019 an audio surfaced (via TMZ) of a passionate speech from LeBron regarding his role in the re-make for Space Jam.

“I’m gonna be honest completely with you guys, when I found out about the project, I was like, it’s Space Jam!…It’s a movie that I grew up watching. People in the movie that I idolize. I was like absolutely, I gotta do it. There’s no way I can turn down Space Jam.

“I’m just a small kid from Akron, Ohio—a very small town outside of Cleveland. From a single-parent household, I’m the only child, my mother had absolutely nothing. She was walking around high school when she was 16 years old and she was pregnant with me as a high school sophomore. So, I’m really not supposed to be here.

In August 2019 it was announced that Sheldon Bailey—a former pro athlete known for his work on Nickelodeon’s Game Shakers—would handle the duties of being LeBron’s stunt double for the film.

The actor, Sheldon Bailey, has actually been doubling as LeBron for a while (h/t @nbacommish17)https://t.co/Z6xhX82hrl

In November 2019 Blake Griffin acknowledged Michael Jordan stating that he would have picked Griffin to star in the re-make for Space Jam. Jordan made the statement three years prior in August 2016. On an episode of Complex Sneaker Shopping Griffin stated the following about Jordan’s comments, “It was pretty cool, I got to be honest,” Griffin said. “Watching that movie growing up, it’s cool to get his seal of approval.”

LeBron James as the star of “Space Jam 2”? MJ has other ideas 🤔 (via lashmiller/Instagram)https://t.co/Ub4Cuo4P6w

In April of this year the official Twitter account for Space Jame A New Legacy posted the following clip announcing the official film title.

In August 2020 the uniforms for the film were revealed via the LeBron James Family Foundation with Bron Bron’s longtime friend & astute business partner making the announcement.

Would it be the Family Reunion without a special surprise?! @mavcarter gives our I Promise families the first ever look at @KingJames in his @spacejammovie ‘A New Legacy’ jersey! 👀🔥 pic.twitter.com/XsPYL1dvcU

Finally, this week, the rumored synopsis for the film was leaked. Read that below.

The synopsis for SPACE JAM: A NEW LEGACY is certifiably bananas and I for one cannot wait to see it pic.twitter.com/BLmc4x5uHb

Let us know. Are you eager to watch Space Jam A New Legacy?