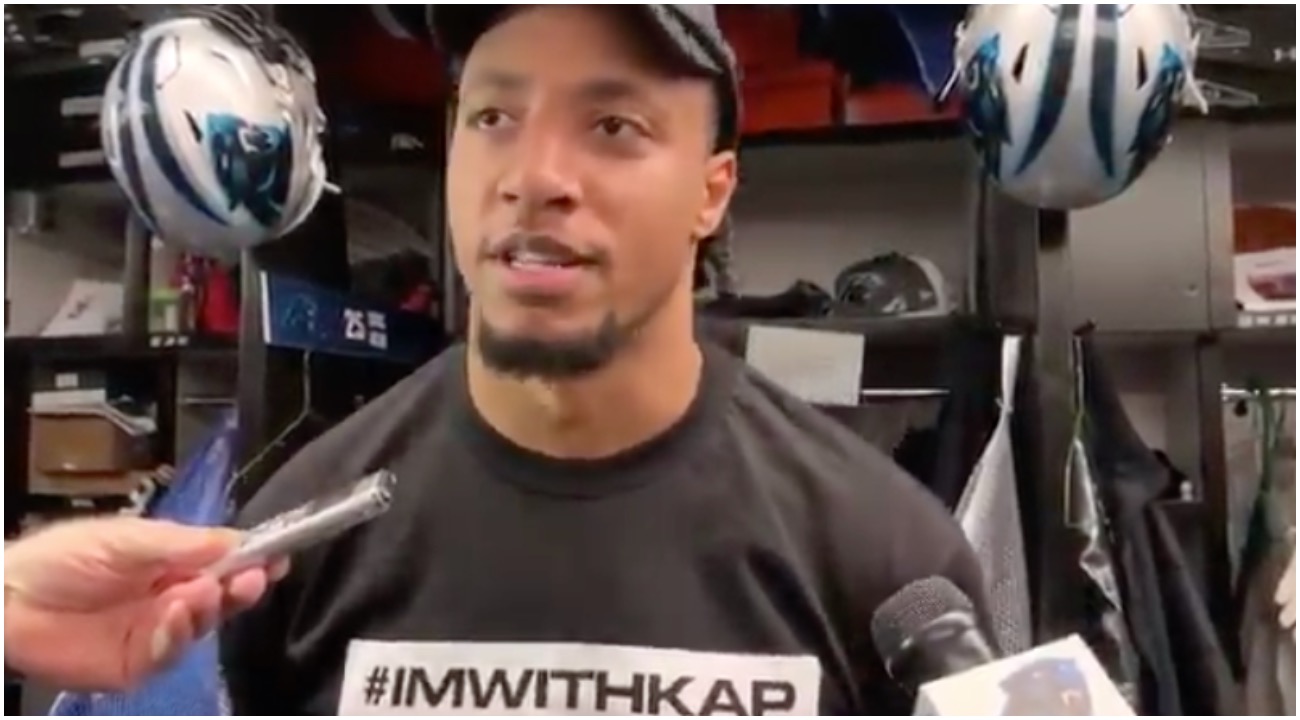 Eric Reid, who is the most vocal current NFL player supporting Colin Kaepernick, and was teammates with the former San Francisco 49ers quarterback from 2013-16, believes the NFL is pulling a public relations stunt with the workout event the league has initiated that is scheduled to take place this Saturday, 11/16 in Atlanta. Reid, who is now a Safety with the Carolina Panthers, used a Malcolm X quote to get his point across in addition to stating,

We previously reported how Jay-Z has reportedly initiated this workout for Kaepernick (read about that here). Catch the brief clip below.