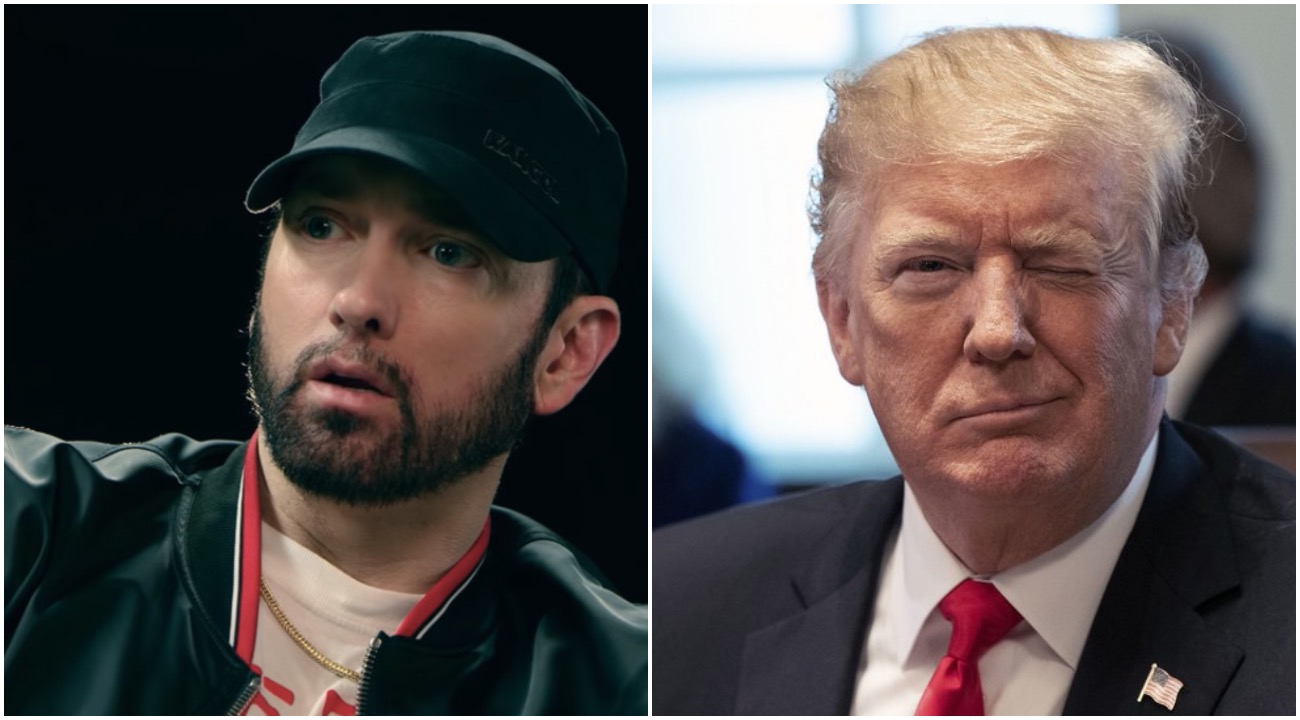 Eminem (legal name: Marshall Mathers) has been very vocal about his disdain for Donald Trump as President of The United States. Among other things he’s mentioned or rhymed about, in December 2017 Eminem dropped the track, Framed during which some of the lyrics included the following:

“Woke up, it was dawn, musta knew somethin’ was wrong/
Think I’m becomin’ a monster ’cause of the drugs that I’m on/
Donald Duck’s on, there’s a Tonka Truck in the yard/
But dog, how the f*ck is Ivanka Trump in the trunk of my car?/
Gotta get to the bottom of it to try to solve it/
Must go above and beyond, ’cause it’s incumbent upon me/
Plus I feel somewhat responsible for the dumb little blonde/
Girl, that motherf*ckin’ baton twirler that got dumped in the pond/
Second murder with no recollection of it”

Then, in August 2018 when he released the album Kamikaze, Em suggested he was sought out by the U.S. Secret Service on the track, The Ringer. The lyrics go as follows:

“‘Cause Agent Orange just sent the Secret Service / To meet in person to see if I really think of hurtin’ him / Or ask if I’m linked to terrorists / I said, ‘Only when it comes to ink and lyricists.'”

Nobody knew at the time if the Secret Service really sought out the Detroit emcee. Buzzfeed put in a request for the government to turn over documents in accordance with the Freedom of Information Act and the Secret Service this week handed over to the media outlet a 40-page document confirming Eminem’s lyrics. 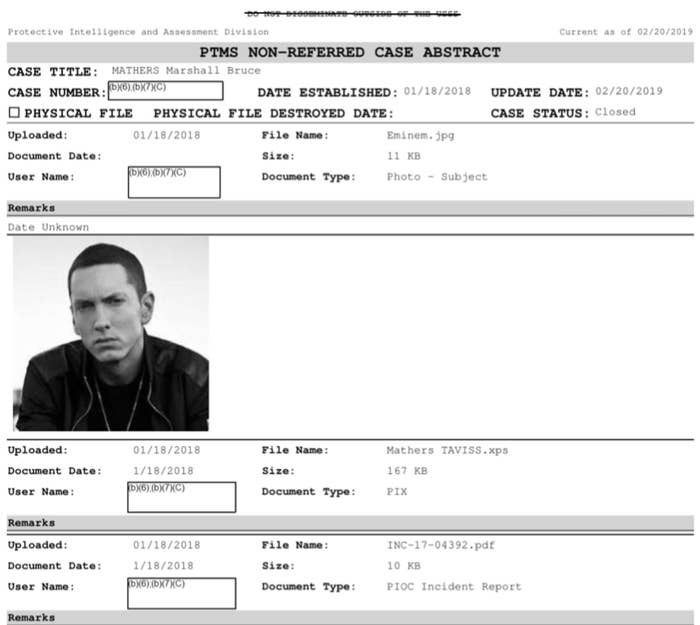 The meeting took place on 1/16/2018 and centered on the above mentioned lyrics in addition to Eminem’s BET freestyle. Anyone interested can check out the Secret Service documents here.