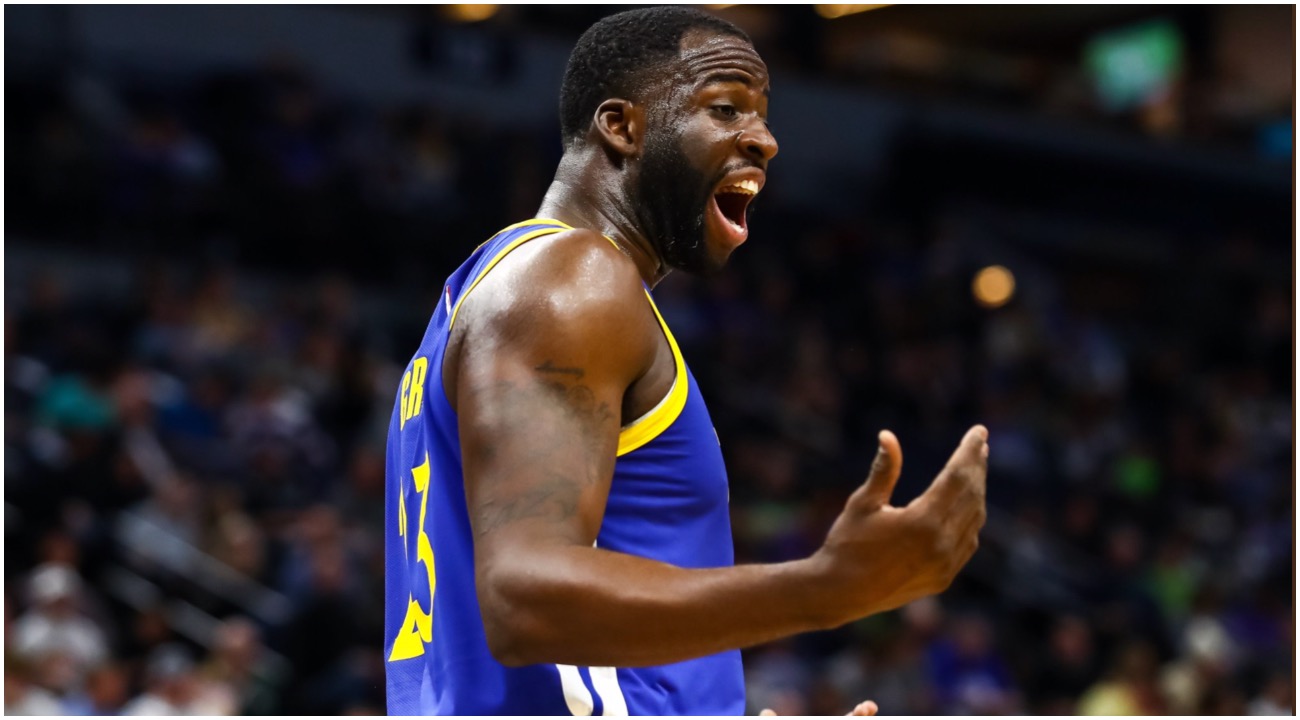 When you’re on top for years you’ll begin to grab the attention of the many. This is true for the Golden State Warriors who in the 2019-20 season have fallen from grace after dominating the NBA for the better part of the past four seasons. The Warriors dropped to a dismal 9-27 after losing on the road to the equally dismal Minnesota Timberwolves (13-21). During last night’s (1/2) game, Draymond Green found himself being heckled by a courtside fan. Athletes sometimes lose their composure while facing hecklers and that can be said for Draymond yesterday. Apparently, the three-time NBA All Star and former NBA Defensive Player Of The Year (2017) was justified in his reaction to the fan because the referees had the heckler kicked out of the building. Considering the game was in Minnesota Draymond must have been well justified in his response.

If you turn up the volume you can hear Draymond shouting at the fan, “You paid $500 for these weak ass courtside seats for this, shut up.”

”You paid $500 for these weak ass courtside seats for this, shut up” 🤣🤣🤣 pic.twitter.com/wGBodKvfC5

A fan kept yelling at Draymond Green and he and the ref had finally had enough. #Timberwolves #DubNation pic.twitter.com/mc4X6vtrki

Sometimes it doesn’t pay to be pseudo macho.