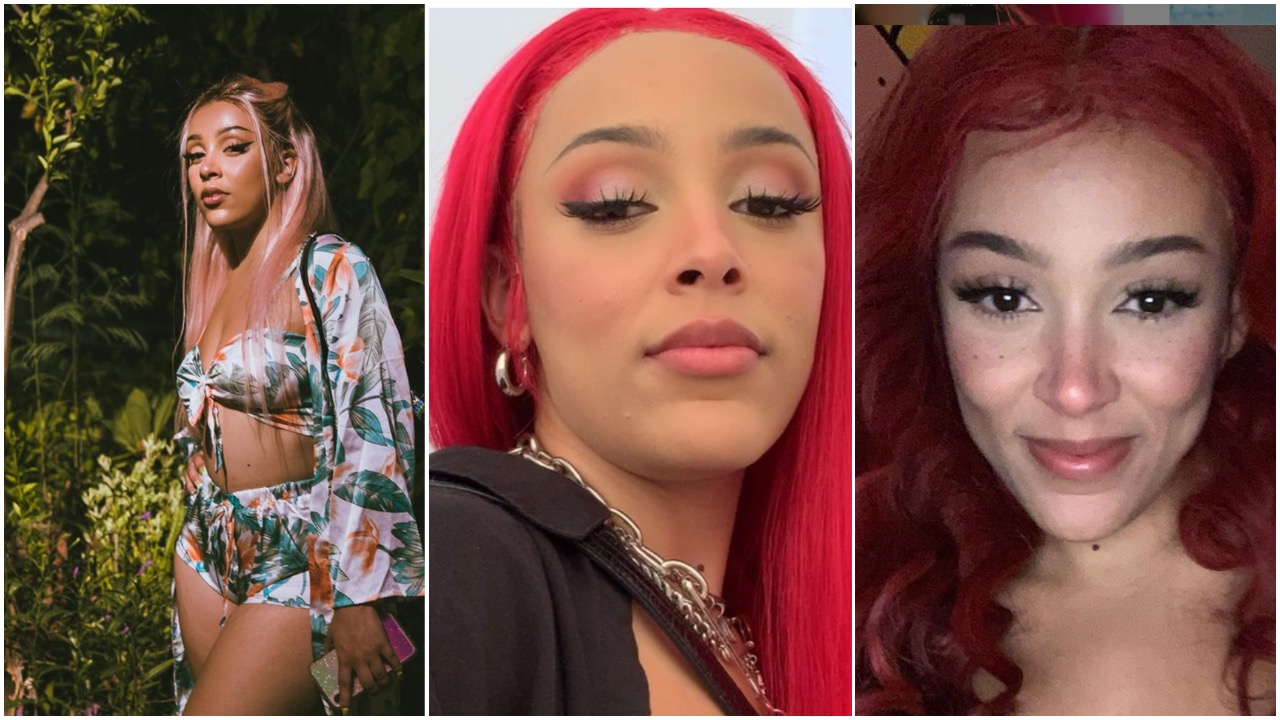 The reality is that the racist/ fascist elements of our societies have been manipulated and propagandized ever since the tragic events of 9/11. Nearly 20 years later and two generations with cultural and racial background sympathetic to such brainwashing have been subjected to thorough propaganda. Ever since 9/11 such propaganda has created imaginary enemies in the United States both internally and externally. All the while, the United States has been in constant war for 19 years on multiple fronts while domestically the racist and fascist elements have exposed weaknesses in our social & economic fabrics to push their twisted narratives.  For example, while the value of the U.S. Dollar has steadily decreased (which means lower purchasing power of the dollar) as a result of bailing out major Wall Street banks in 2008 and have a need to finance the above-mentioned wars, the propaganda machine has kept the illiterate racist/ fascist elements bombarded with misleading propaganda depicting immigrants as the cause for their loss of jobs. The reality is that most immigrants fill jobs remedial jobs the typical American worker is not willing to entertain. High-end technology and research jobs are filled by immigrants who receive a special visa only when the United States needs to fill a need for such positions or when the immigrant in question has such an exceptional mind that the U.S. allows their immigration in order to acquire the person’s brain (i.e., Brain Drain into the United States and out of the country where the person is leaving).

This very same propaganda has been used for centuries to vilify America’s Black residents. For example, portraying young Black men as thugs and sending these young men to prisons for decades notwithstanding the Crack Epidemic.

The difference over the past 20 years namely stems from the proliferation of the Internet and social media. The racist/ fascist elements have leveraged these technologies in order to spread their messages.  If you’re a racial minority in the United States than there’s a very good chance you’ve witnessed some sort of overt racism recently. The best way to recognize these groups is to educate yourself about them. These groups are often described as “Alt-Right” however we believe this is misleading.  The Alternative Right (wing) element started out as an alternative to the traditional right-wing racist/ fascists elements of society who called for the lowering of taxes and less government interference in our social lives after draconian, Orwellian laws started to be passed after 9/11.  The roots of the Alt-Right also called for a cease to unnecessary foreign wars and a commitment to the Bill Of Rights (not only the Right To Bear Arms) enshrined in the U.S. Constitution. This genuine alt-right movement was hijacked by the racist/ fascist propaganda mentioned above. Here were are nearly 19 years later and you can see how effective such propaganda has been. Whereas the racist/ fascist elements are constantly vilifying Black-Americans, Muslims and immigrants.

Doja Cat (birth name: Amalaratna Zandile Dlamini) was born in 1995. She has born and raised in an era with complete access to both the Internet and social media. She is from Los Angeles. Her mother is White-American and her father, reportedly not a factor in her life who didn’t assume his responsibilities of fatherhood over her, is originally from South Africa. Considering her background one would think she’d be against such racist propaganda but the reality of propaganda and social media is that anyone, depending on their internal character, is susceptible to any sort of brainwashing. People on social media can be attracted to any sort of ideology or lifestyle group and quickly find themselves going down a rabbit hole of misinformation and propaganda.

Doja Cat dropped her latest singe, Dindu Nuffin, recently. The racist/ fascist elements are big on using slang and hand gestures that  help them communicate amongst themselves. The word “Dindu Nuffin” is used by the racist/ fascist elements to, according to Urban Dictionary,  negatively mock “mock Blacks that commit crimes, and the excuses that’s made for them. Derived from wailing family members, usually mentally unstable mothers, that claim that they “didn’t do anything wrong”.  The word seems to have it’s roots in the words “didn’t do nothing” where as both the “dindu” & “nuffin” aspects of the term stems from racist mockery of Black-American culture. 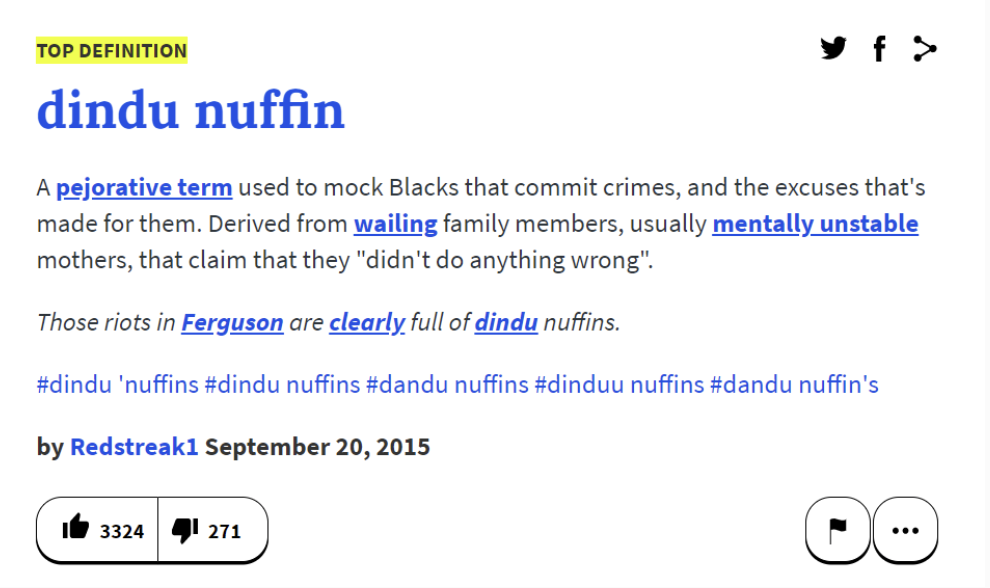 Notice some of the lyrics below (courtesy of Genius.com) for the song. 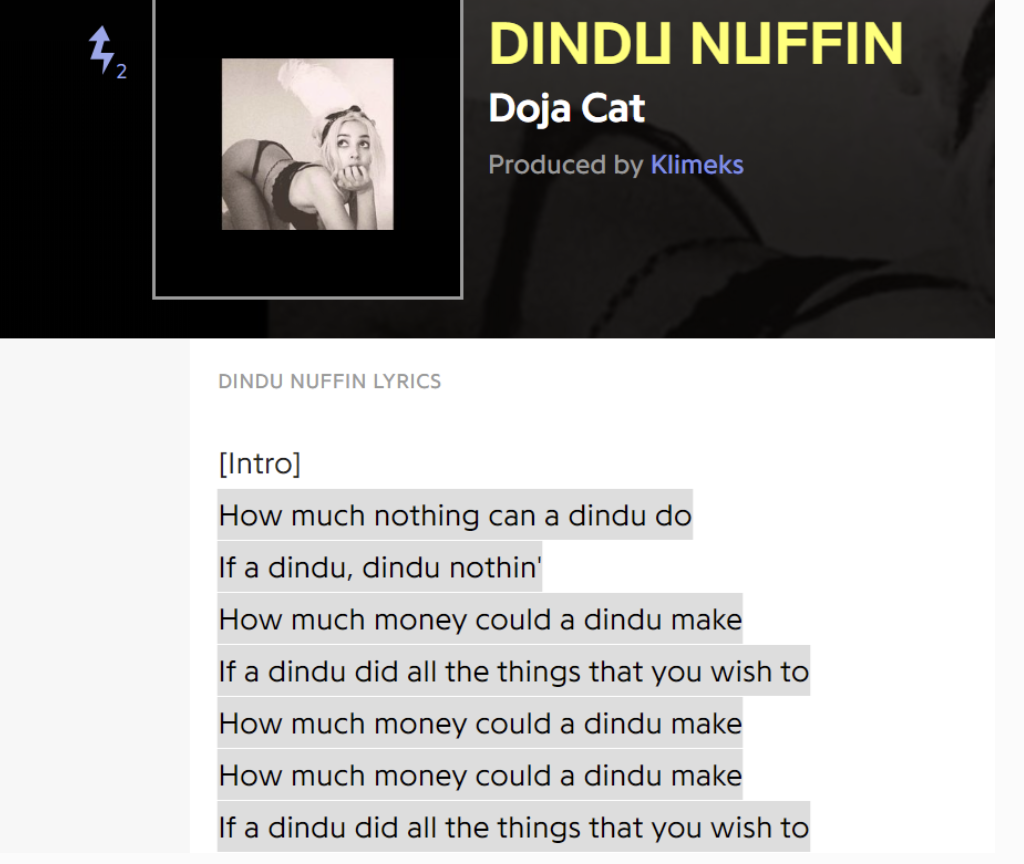 In the video below, Doja Cat can cleary be heard using the word “nigger” with a hard -ER at the end of the word. Put into perspective with the above information than you get a better idea of some of the thought process behind who she is.

Find the entire three minute clip of the video below.  Below that, find the song “Dindu Nuffin.” We’d also like to note that instead of canceling out Doja Cat we should probably use this opportunity to expose the racist/ fascist propaganda circulating society 24/7. It is not a coincidence that the FBI recently announced that White-Supremacists groups are an ISIS-level National Security threat.