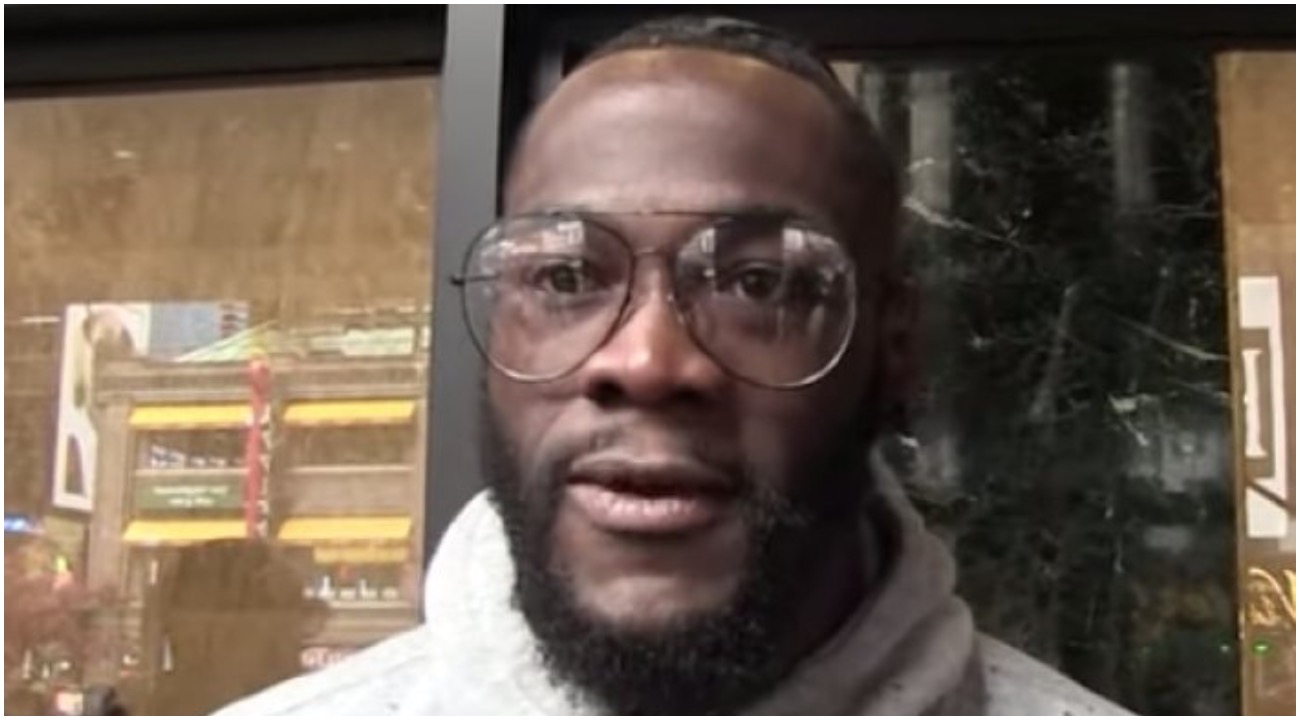 Deontay Wilder has now come forward in an interview with 78SPORTSTV where the heavyweight boxer makes the shocking claim that his former co-trainer Mark Breland spiked his water in his second fight with Tyson Fury on 2/22/2020.

Wilder explained to 78SPORTSTV,  “About 15 minutes before going out to the fight, warming up on the mitts, it was perfect, I felt great. Until I went to the ring. That transformation, I was drinking certain water and stuff, trying to keep myself hydrated. I just start feeling weird. My water was spiked as if I took a muscle relaxer or something like that.”

Wilder continued by stating, “After a fight is over with and it don’t go in your favor you’re always looking for what happened. Certain things, the atmosphere just didn’t seem right. It felt like something was about to go down, and not in my favor. It wasn’t just the suit, my water was tampered with. This feeling here, it was a different feeling. It was like I had no control over my body, my legs was weak and stuff like that.”

Wilder’s trainer Breland threw in the towel in the 7th-round resulting in him losing the WBC heavyweight title to Fury. Wilder also stated,

“If you knew Deontay Wilder, you’d know that if I’m gonna draw my sword, I’mma live by that sword and I’mma die by that sword. I’mma live and die by that, period. And I’ve been telling my people that for five years so that ain’t nothing knew to them. So he knew that. When he did that, he already had orders not to do that….He even had somebody on Fury’s side to tell him, ‘Throw the towel in, they got a rematch.’ Because I believe he was part of it. He was part of it. And, even more so, I think he’s got something to do with my water as well too. He was the only one handling my water. He was the only one. I have strong sources.”

Fury announced recently that he would move on from fighting Wilder in a 3rd match setting up a possible all-British Heavyweight title fight in the near future between Fury and Anthony Joshua.

Find the video up top. To jump straight to the parts of the interview where Wilder discusses his water being allegedly spiked go to the 6:30 minute mark and the 1Hr mark.