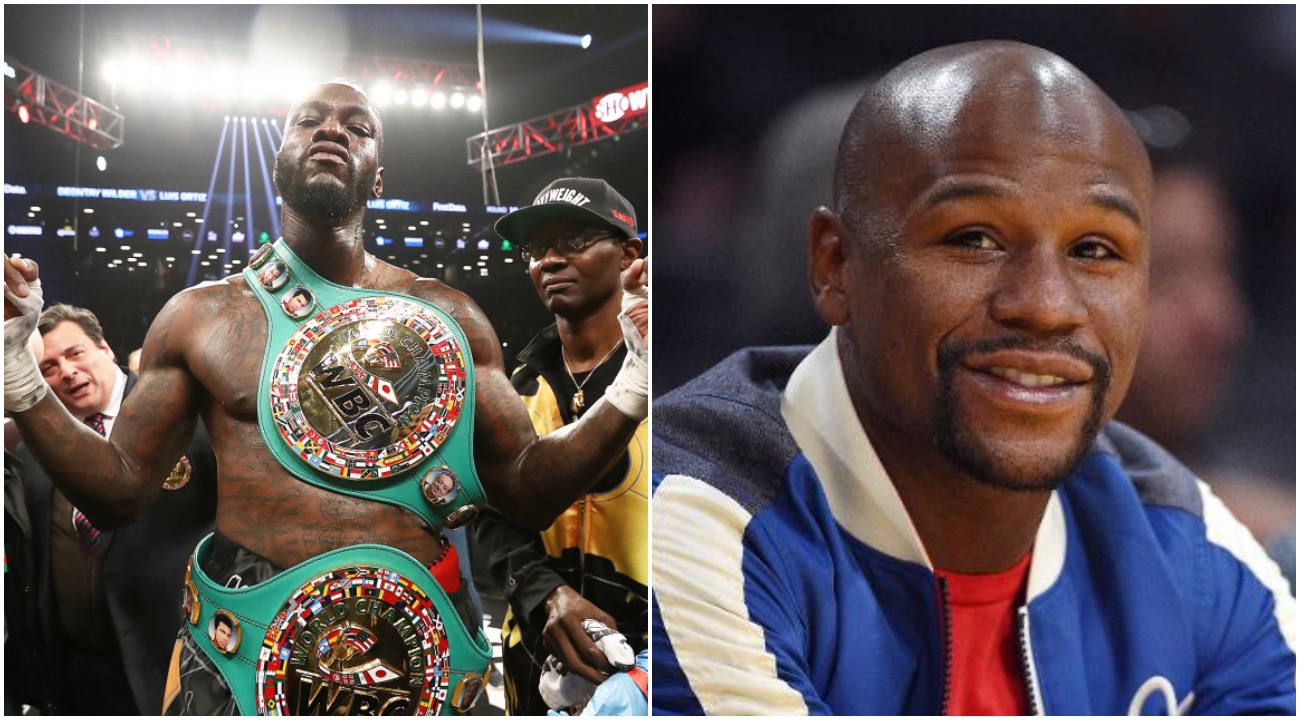 Deontay Wilder was very candid in a recent interview with BoxingScene.com regarding his feelings about Floyd Mayweather’s lack up support for him as a successful boxer, champion and Black man who has climbed his way to the top of the heavyweight division of the ‘Sweet Science.’ Wilder, 34, after KO’ing Luis Ortiz in their rematch this past weekend now has an undefeated record of 41-0-1. His draw came against British fighter Tyson Fury (29-0-1).

Wilder said he hold no grudges buts wants to be respected, explaining to the publication,

“I haven’t [gotten the support of Floyd as the next big African-American star and passing of the torch], and that’s OK,. Sometimes it takes our own kind to come to a realization. Sometimes people don’t want to let go, especially with our culture and people. We’ve been brainwashed for so long, and put down for so long. It’s taken a while to love us as a race. Black excellence has come a long way, but you still have a few crabs in the bucket around, but all that will be washed away eventually.”

“I don’t need the acceptance or the torch passed from none of these guys. They’ve done a great job in their careers — not only Floyd, but a lot of them. They know who they are. You can’t take nothing away from them. We take our hats off for what they’ve done. I just want the same respect. I don’t have any ill will toward none of these guys that have an ill will toward me, or look at me as anything else other than being great. I know I’m the best and most exciting fighter in the world, and the best in boxing — period. I’ll go down to flyweight and fight ‘em to prove my point. Nobody is doing what I’m doing. If you don’t believe me, go checkout my knockout reel. A lot of people are envious of that because their career was not like that, but I’m blessed. I just thank God and wish them all well.”

Tyson Fury recently stated that the two fighters will rematch their draw on 2/22/2020. The location of the fight has yet to be determined although it’s expected to take place on the largest boxing stage in the world, which means in the United States either in Las Vegas or perhaps Brooklyn at the Barclays Center.