The scheduled trilogy for Tyson Fury and Deontay Wilder is 7/18. The fight will take place in the same arena as their rematch this 2/22-the MGM Grand Garden Arena in Las Vegas.

Wilder (42-1-1, 41 KOs), 34, had 25 days from the end of the second fight to formally inform Tyson Fury’s camp (30-0-1, 21 KOs), 31, of his decision. The second fight between the two fighters was a 50-50 deal, but with Fury having won, it flips to a 60-40 split in Fury’s favor for the trilogy. As we reported yesterday (3/1), Wilder winning the third match versus Fury would likely trigger a fourth fight for the two men. Wilder losing would probably see Fury moving on to fighting fellow British heavyweight Anthony Joshua (23-1-0-21 KOs).

Wilder does not seem deterred in the least. Catch his latest statement below proclaiming his confidence.

The Bronze Bomber captioned the post by writing, “🤴🏿 ( In My Shaka Zulu Voice) #Prepare For War #BombZquad” 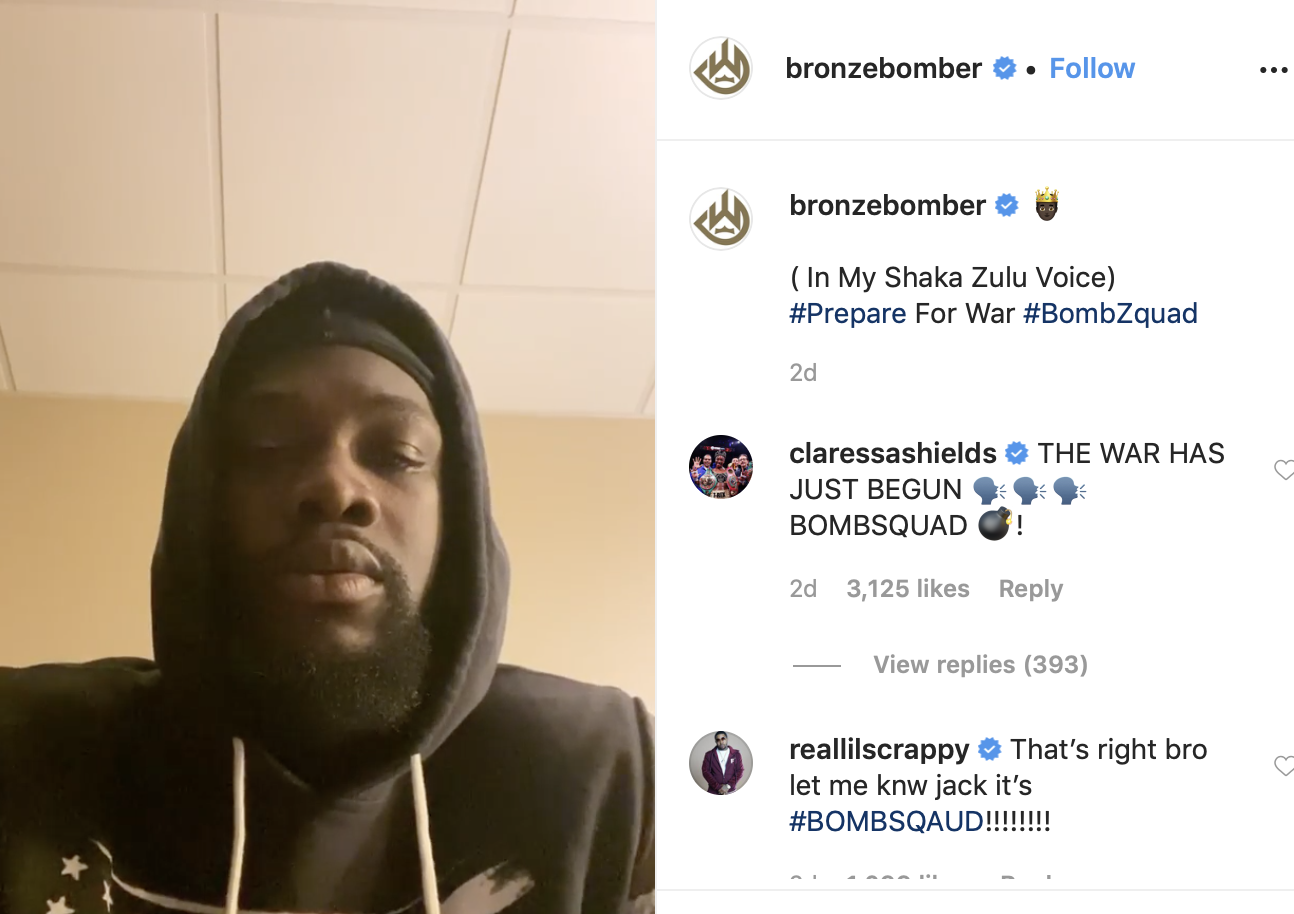