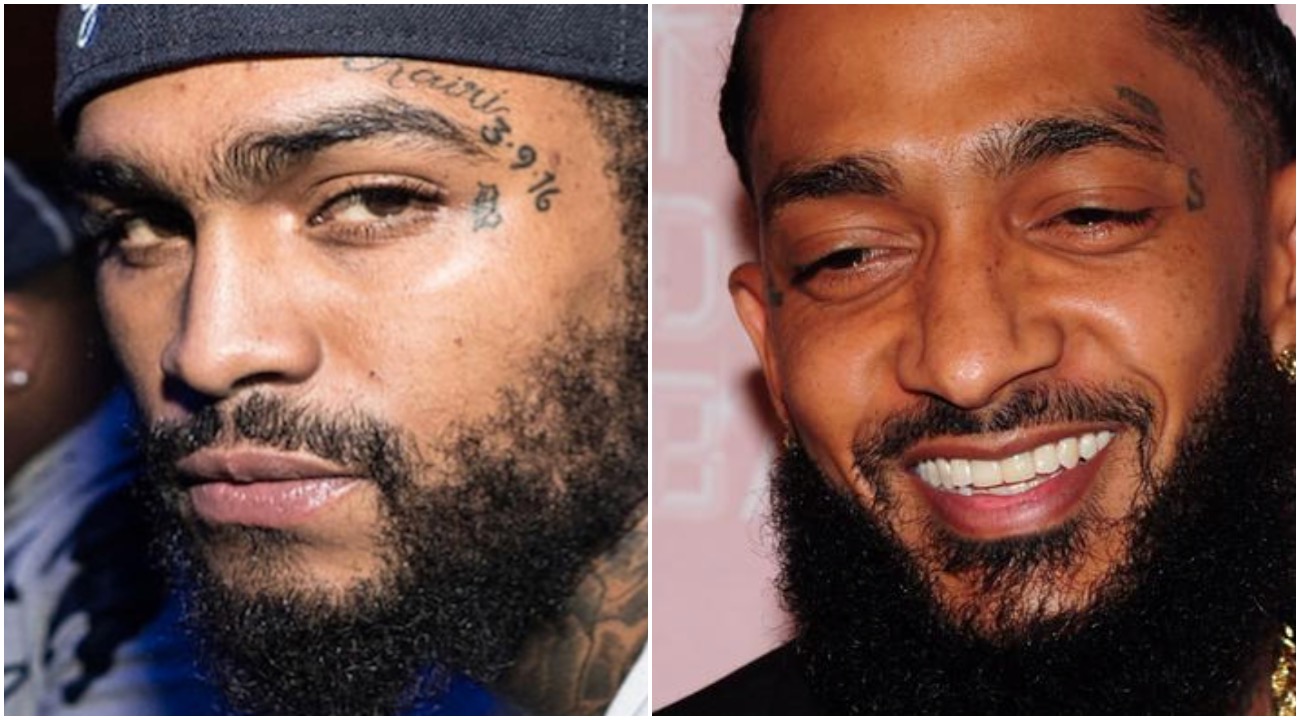 Dave East has been working hard over the past few years like any independent artist should be doing. He’s put out plenty of mixtapes, has performed at shows and has made himself available to other New York rappers when it comes to features (note: NY rappers are notorious for NOT collaborating). East even did a collab project in 2018 with legendary LOX member Syles P.

Next month, on 11/8, the Harlem-bred emcee will drop his 2nd album, Survival.

The Survival album will include a track made with East and the late Nipsey Hussle. In a recent interview with Revolt, Dave East discussed his relationship with King Nip. He explained how Nip’s death impacted his drive to release raps and also disclosed that the two rappers were working on a collaborative project.

“We were six songs in. We were planning a tour and all of that. F*ck rap. I’m going to keep it 100. That was my ni**a…Anything we did together or anytime I had to be around that ni**a, I cherish it.”

“You’re motivated to do everything that ni**a did because he’s from the ‘hood. I met that ni**a on Crip time. No rap. No song. I’m from the [Rolling] 30s [Harlem Crips]. That’s how we met. I love Nip [to] death and I’m going to put on for Nip until my death…”

In case you missed East’s tribute freestyle he dedicated to Nipsey Hussle while visiting Tim Westwood you can catch it below.