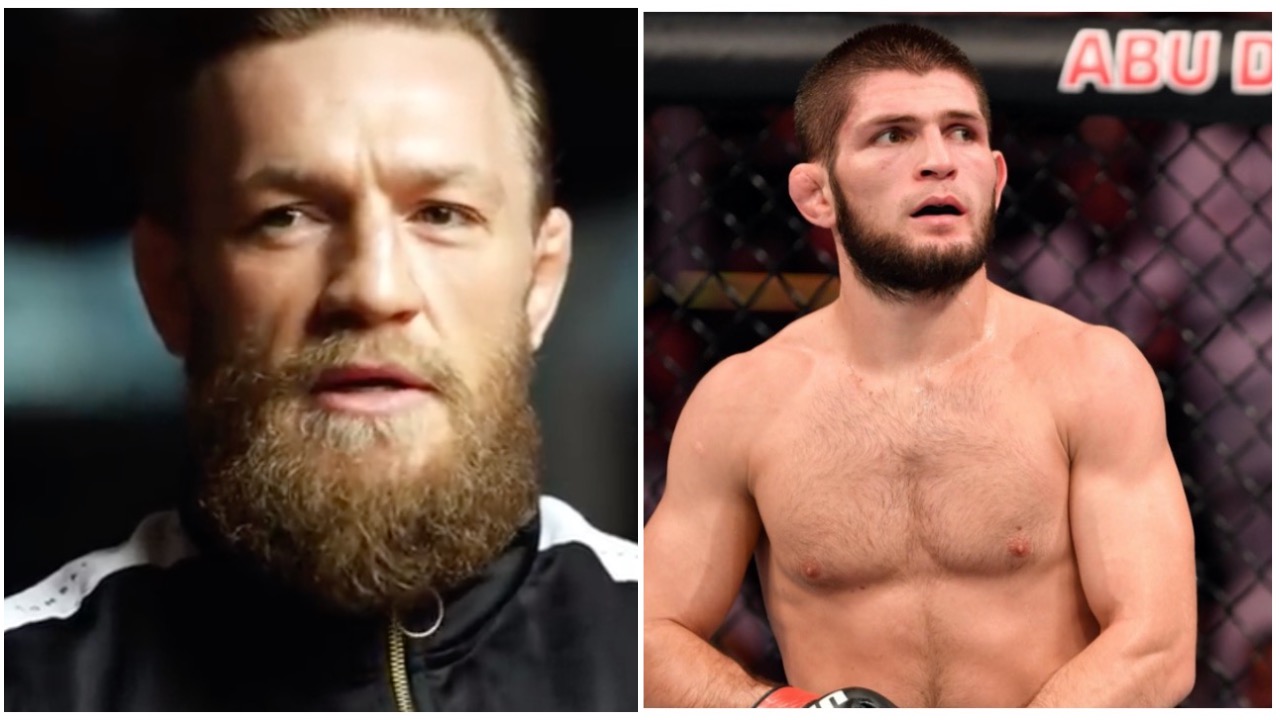 Whether you’re a fan of professional MMA fighting or not, it’s hard to not be aware of the beef between Conor McGregor and recently retired UFC champion Khabib Nurmagomedov. For years, Conor taunted Khabib’s Muslim faith while also poking fun at the Dagestani fighter’s culture in general. Conor even addressed Khabib’s late father as a “coward” in an IG post that was later deleted back in August 2018, stating ,

“Cowering behind fake respect. Just like your middle child. A quivering coward.”

Less than two months later Khabib and McGregor would fight in the Octagon which ended with McGregor begging for his life. Since their October 2018 encounter, Conor has changed his tune considerably and has sought to mend his relations with The Eagle.

In a conversation with his fans on Twitter, Conor stated the following when asked for his honest opinion about Khabib.

“A phenomenal grappler fighter. The current best in the sport with it. I’ve the answer however and they know it. Congrats on the plumbing apprenticeship and thank you for the well wishes! Same to you and yours” 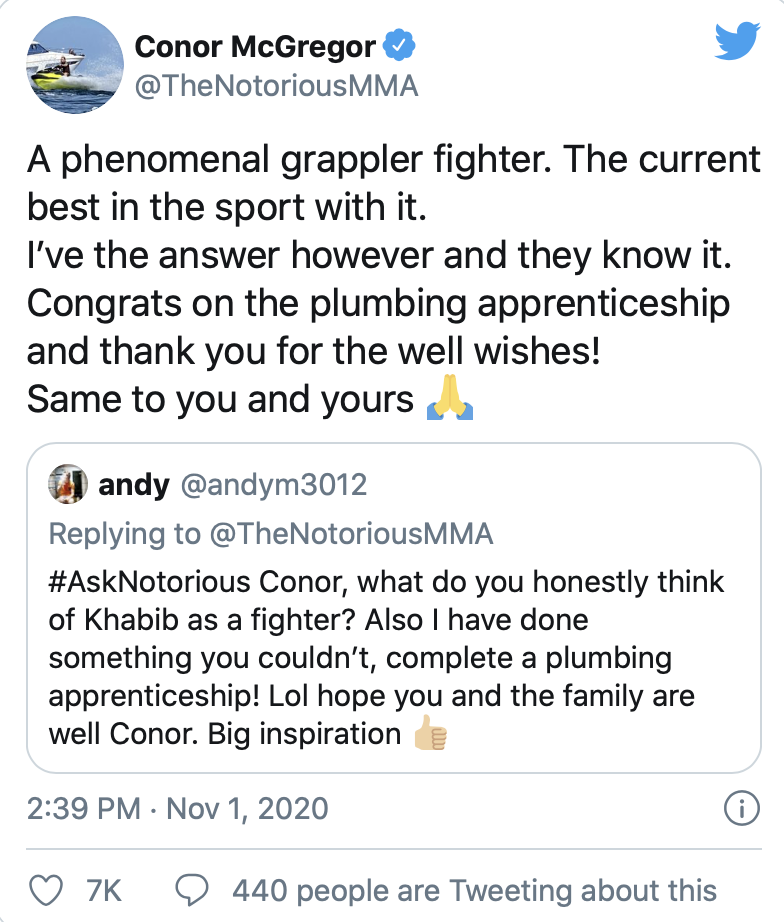 The feelings, however, don’t appear to be mutual. It was just last month on the two year anniversary of their fight that Khabib reminded the world of how bad he beat McGregor. Find that video up top.