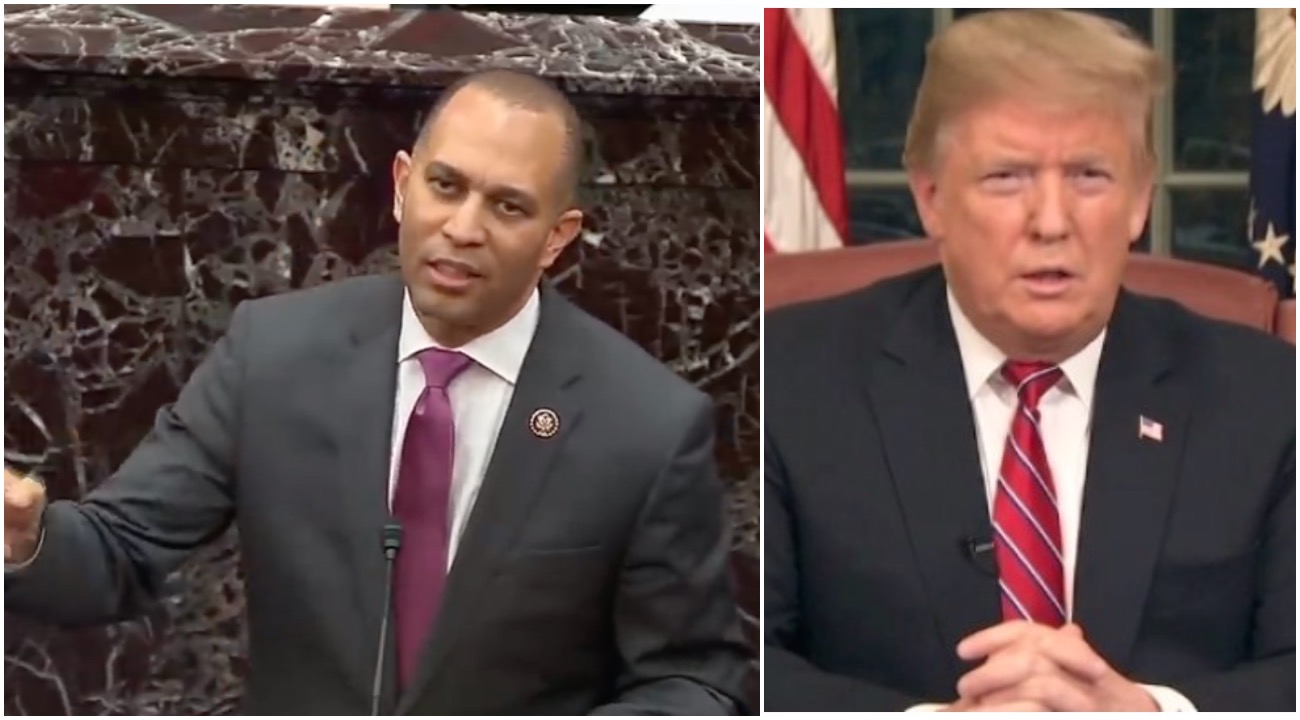 President Trump’s impeachment hearings are back in the headlines. This comes as the Trump administration is being accused of abuse of power and obstruction of Congress in connection to the Ukraine scandal. During yesterday’s (1/21) hearings in United States House of Representatives member Hakeem Jeffries [D-NY-8] quoted the late Brooklyn-bred Notorious B.I.G in responding to the President’s lawyer, Jay Sekulow. Sekulow posed the question to Congressman Jeffries, “Why are we here?” To which the House member responded,

“We are here, sir, because President Trump corruptly abused his power and then he tried to cover it up… That is why we are here Mr. Sekulow. And if you don’t know, now you know.”

Representative Jeffries is clearly an East-Coast Hip-Hop fan. In 2017, he paid tribute to Biggie Smalls when reading the late-rapper’s lyrics on the floor of The House of Representatives. In 2018, Jeffries also honored female rappers including Lil Kim, Missy Elliott, and Nicki Minaj – on the House floor.