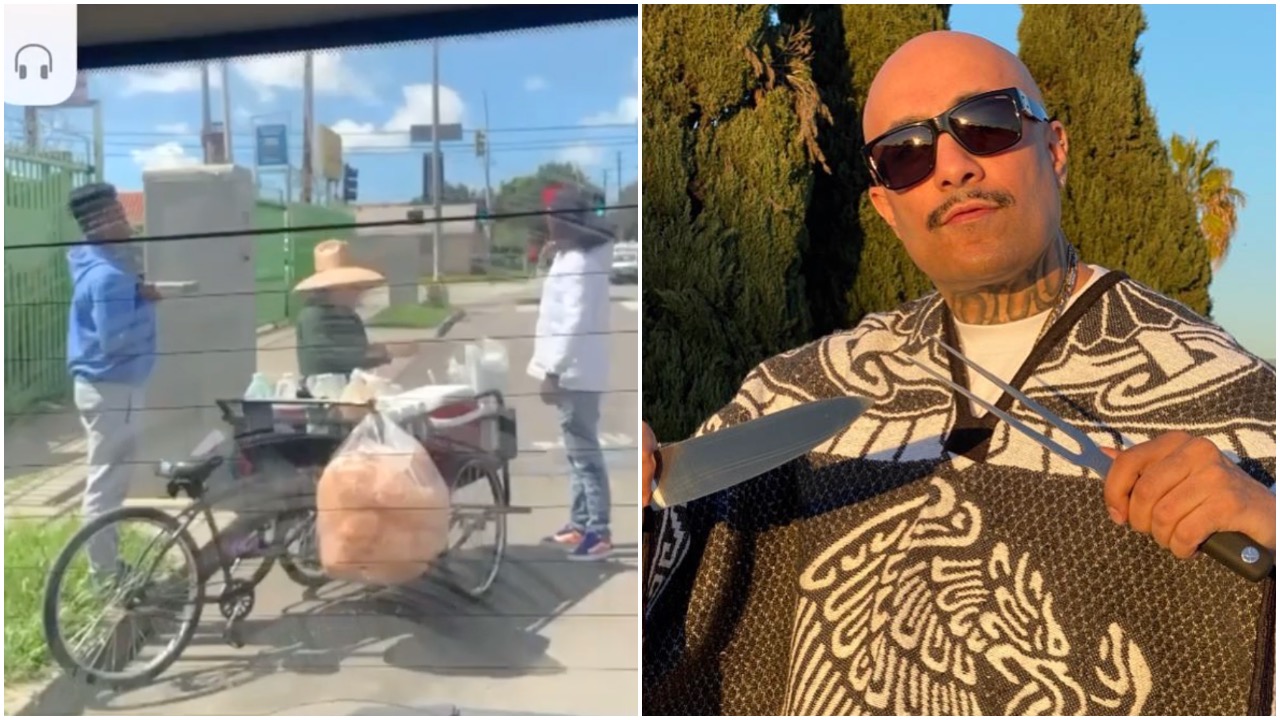 An elote lady was robbed recently in Southern California and people are very upset. Elote is a Mexican recipe for creating corn on the cob. Basically, the corn on the cob is roasted over an open grill, it’s then coated with salt, chile powder, butter, cotija cheese, lime juice, and mayonnaise or crema fresca. An elote lady is usually an old lady who sells Mexican-style corn on the cob on street corners for a living.

The video up top shows the elote lady in question being robbed by two youngsters who even filmed the incident. The same video shows some people helping her afterwards after receiving word of the robbery. Apparently, cholos in Los Angeles have put a “green light” on the people who pulled off the robbery. Catch West Coast rapper Mr. Capone-E’s post on the ordeal below. We’ve also included a video of “BROWN AND BLACK solidarity” over the elote lady below Mr. Capone-E’s post.

“Shouts out to the #Cholos same ones that we say ain’t trendy no more 🤦🏻‍♂️ but shout out to the solids you know who u r 😉👊🏻💯 and to the artists n all the community that stuck together on this act just image if the community always sticks together and supports each other how much power this culture in #LosAngeles can have 🤔 and still today we divided and put each other down very few successful artist n label out here and mainstream don’t open the doors for us we fed the same music on the radio praising artists with thongs on etc .. if we support each other the power is unreal …let u think about that for a second 🤔…✅🔵💪🏻” 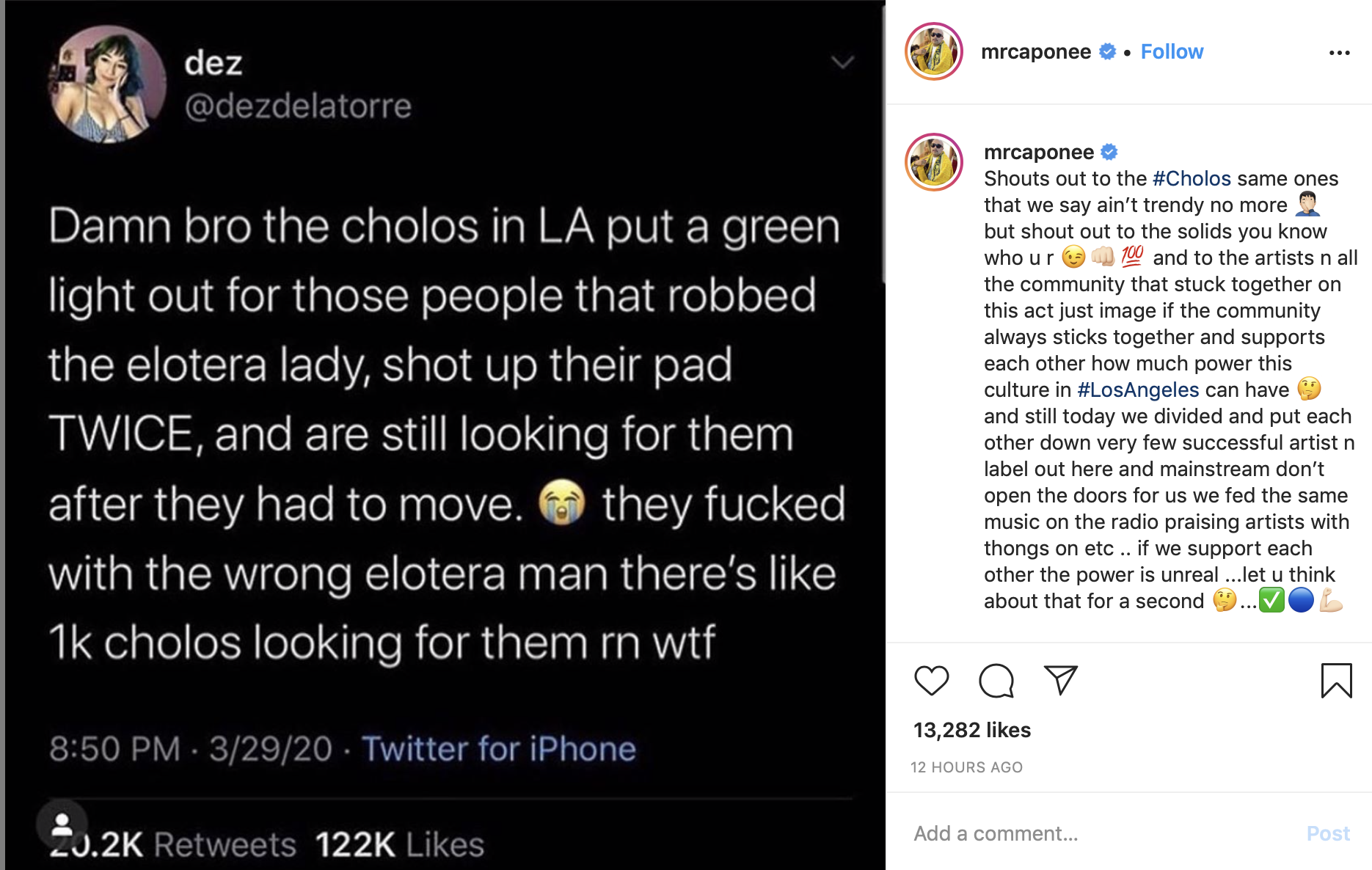