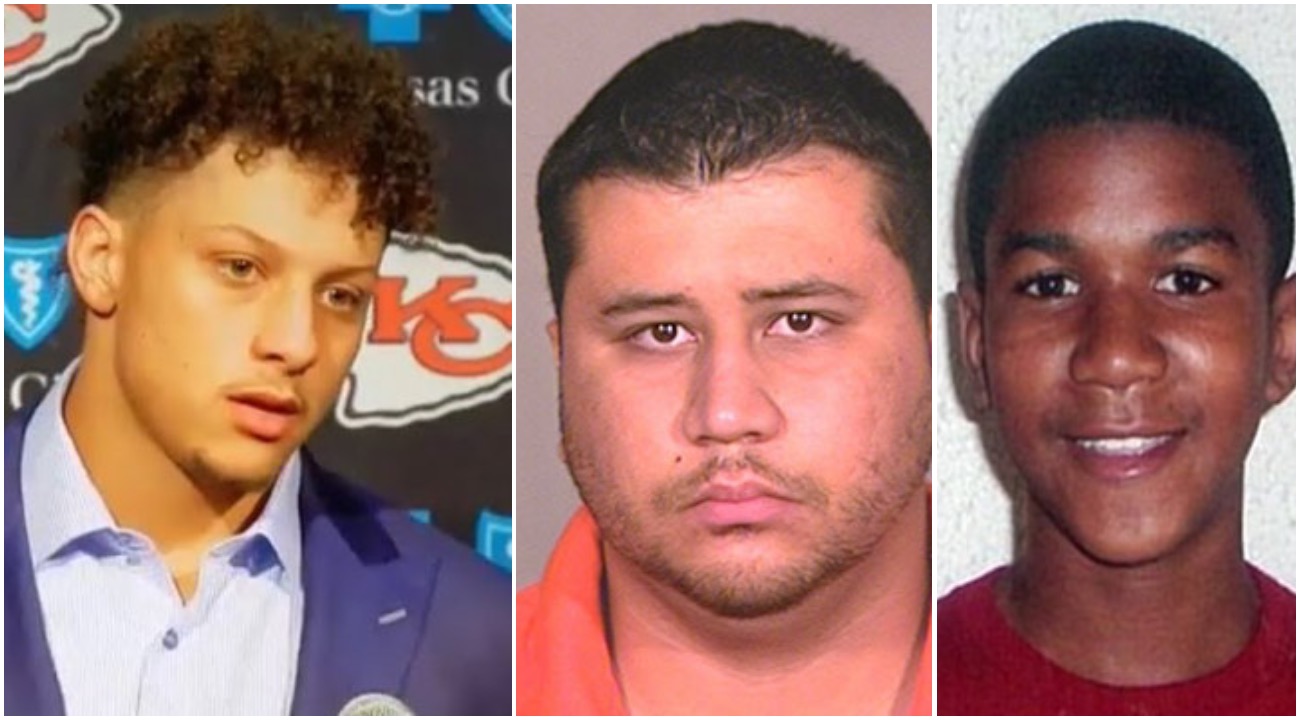 Kansas City Chiefs quarterback Patrick Mahomes is receiving greater public scrutiny and criticism following the emergence of past tweets where he passively defends George Zimmerman shooting over the killing of Trayvon Martin.

The tweets were posted in 2013 with Mahomes responding to another Twitter user who wrote, “This case was an absolute horrible tragedy, however there was no criminal activity that occurred.”

Mahomes responded by tweeting, “No one knows what actually happens which is why he is not guilty but a crime could have occurred.”

Mahomes then followed up by stating, “Stop resisting or assaulting a cop.”

Mahomes’ tweets of the George Zimmerman/ Trayvon Martin incident occurred nearly a year after Zimmerman fatally killed Trayvon Martin on 2/26/2012. It’s important to remind the public that Zimmerman called 911 to report what he deemed to be suspicious behavior on the part of Martin, but was instructed not to follow the 17-year-old teenager. Instead, Zimmerman, 28 years-old at the time, defied the instructions and followed Martin before eventually shooting and killing the boy. On 7/13/2013, Zimmerman was acquitted of all charges. 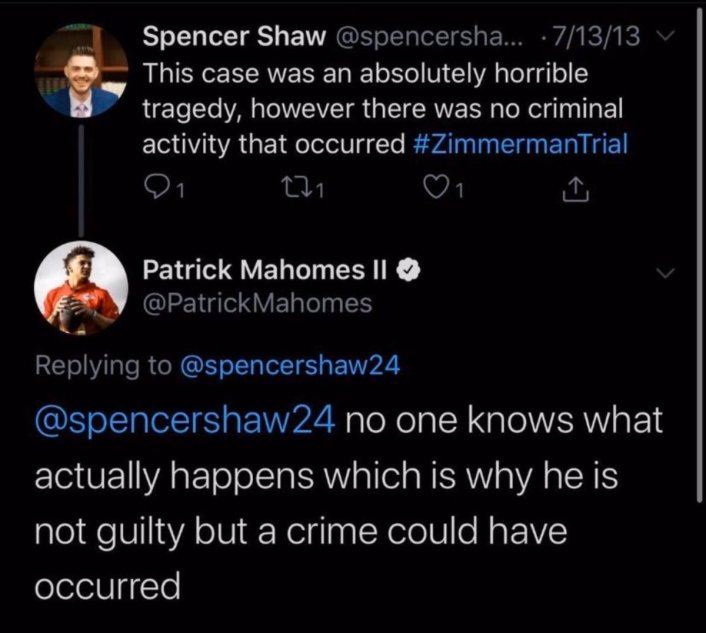 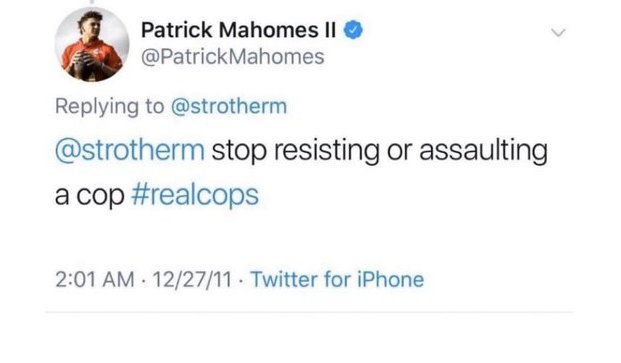