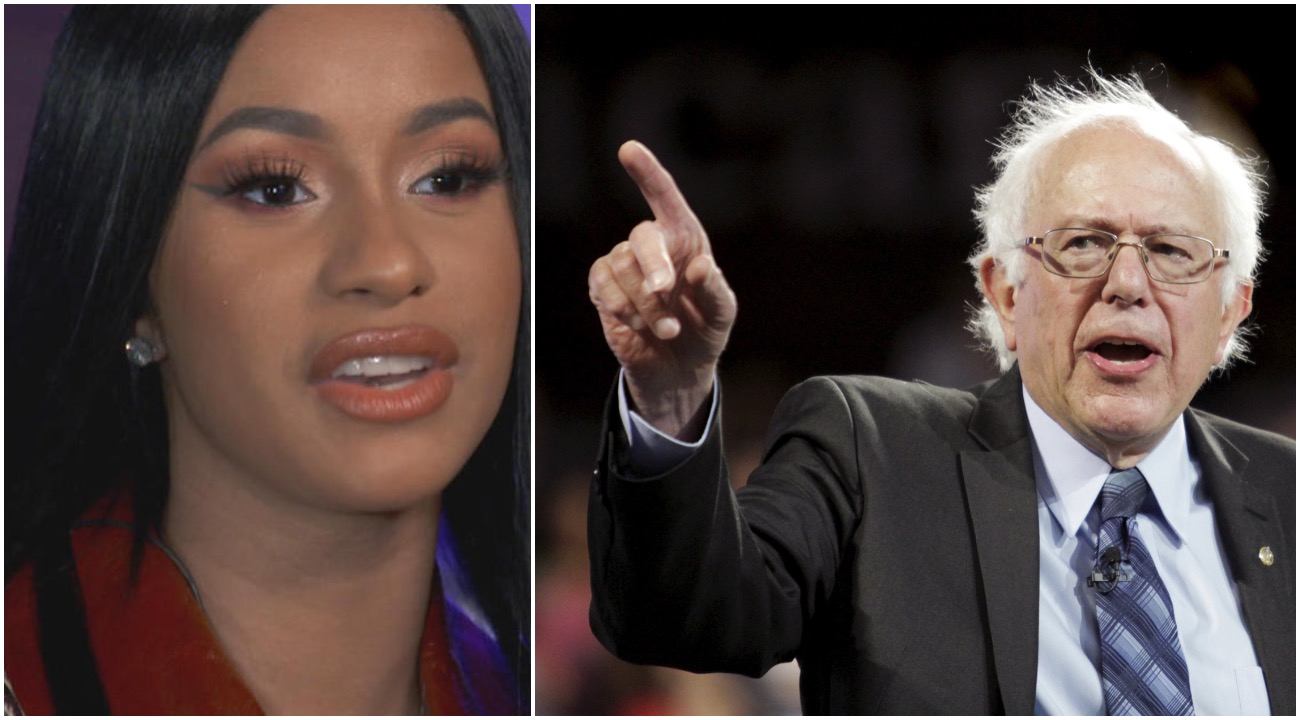 Cardi B (legal name: Belcalis Almánzar) has been very active in her support of Democratic Party candidate for U.S President Bernie Sanders. Earlier this year, Cardi and The Bern sat down for a conversation about various political topics including police brutality, immigration, health care, and student debt.

Sanders has been in the news lately due to him being hospitalized in Las Vegas after experiencing a heart attack. Despite those health concerns, Cardi B continues to strongly support the 78-year-old Vermont senator, explaining the following at Vogue’s Forces of Fashion conference,

“I always liked him. He’s been fighting for a long time for all, you know. I’m saying he’s very passionate about people…There’s some people that are like natural humanitarians. They just want to take care of the world that they love, saving the planet. They want to see equal rights. He’s been doing that for a long time.”

“That’s one thing I love about him. It’s a little tricky now that he’s had the heart attack because people have been trying to paint Bernie as like this little scrawny old man, which is crazy. When I met him, he was actually pretty strong and very tall. He’s 6’1. Wow! I don’t feel like because he had a heart attack it’s a problem. I have asthma. If I have an asthma attack is my career over? I don’t like that.”

Lawwwd I be nervous 😩….. Thank you so much Anna and @voguemagazine for having me speak at today’s Forces of Fashion panel. Thank you for acknowledging my passion for fashion, music, politics and motherhood and thank you for giving me this platform to speak openly about my journey. These are the moments I’ve dreamt about and I can’t thank you enough. 💗SWIPE UP TO LINK IN MY BIO.

Bernie Sander would later follow-up and have a sit-down conversation with Georgia rapper Killer Mike.