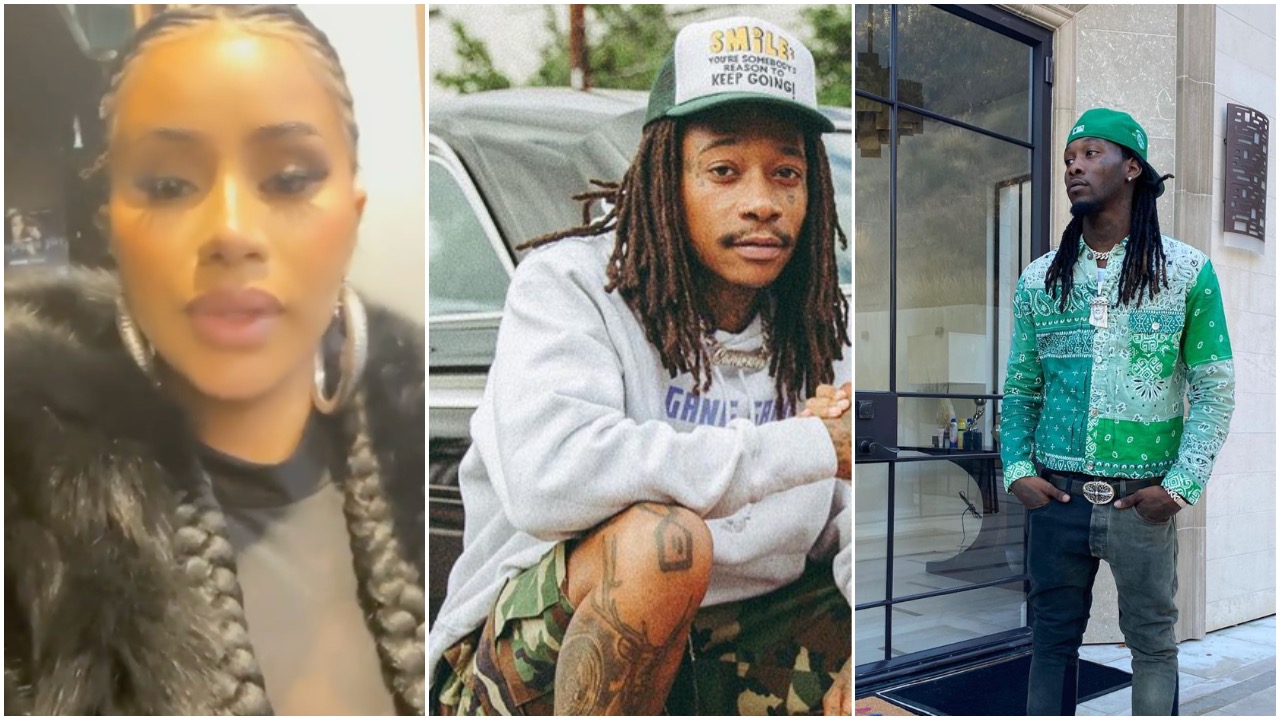 It all started when Wiz Khalifa responded to a tweet shading Cardi B, which stated: “Cardi winning a Grammy when Nicki Minaj didn’t is the biggest proof that they don’t know a sh*t about music.” It’s unclear why Khalifa opted to entertain a fan’s tweet which was openly anti-Cardi but he did by responding with,  “Most self made artists have this problem.”

Cardi B, never the one to bite her tongue, tweeted the following while also posting a photo the Bronx-bred rapper seems to imply is from a 2016 DM from Wiz Khalifa.

“This was Nikkas in my dms in 2016!They really support you when you grinding at the bottom then it’s a different story when you make it !”

Wiz respond to the tweet by stating, “Damn that wuz good advice. I still support u. Nothings changed. Your self made in my book as well”

Do you feel like Cardi & Offset overreacted? Or, was Cardi right in defending her accomplishments?