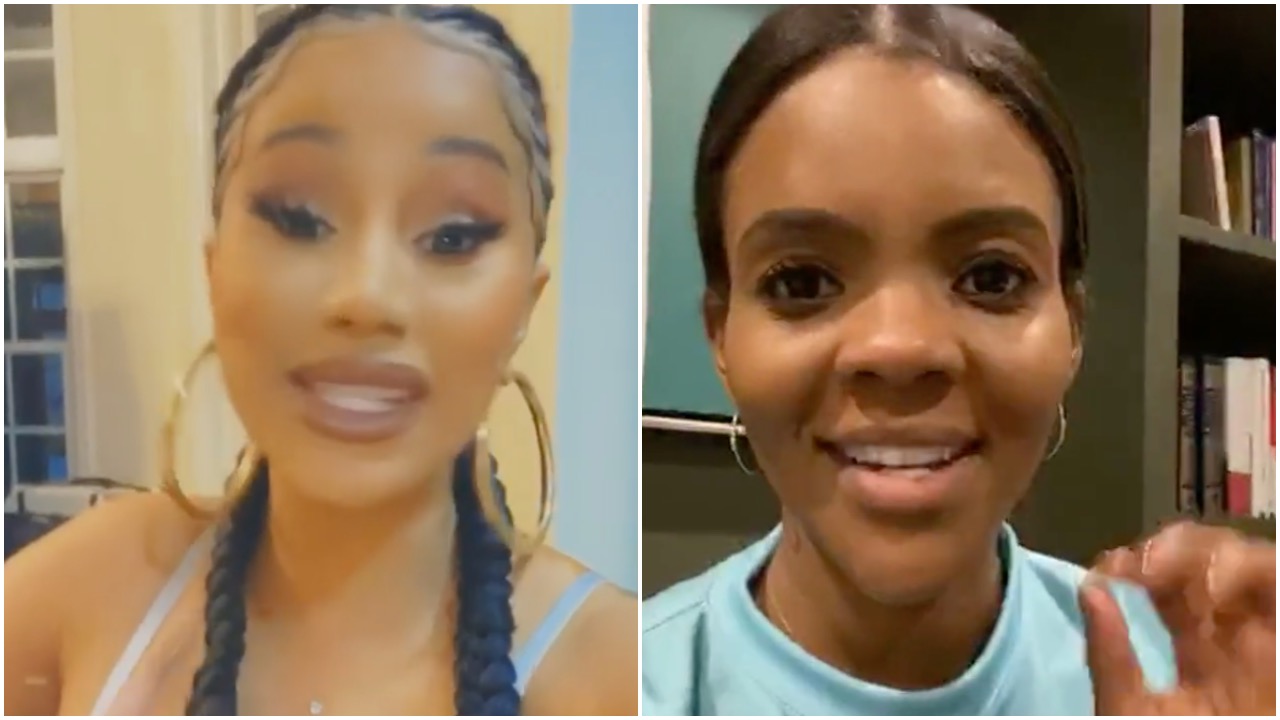 It’s no mystery that Cardi B and Canace Owens have had an antagonistic relationship over the past few months. Owens, however, has been calling out Cardi for an even longer time period with the “WAP” rapper finally responding this fall leading up to the elections.

Cardi B is now addressing Owens again following the media calling Joe Biden the winner of the 2020 Presidential elections. In a recent IG post, Cardi captioned it by noting,

“Couple of weeks ago I was getting chewed up by Trump supporters over this interview especially by miss Candace who has been degrading my name for 2 years straight. I was so nervous for this interview especially because it was on zoom and not in person but it was important for my followers to get to know our running candidate and future president. Republicans like Candace, Shapiro, Fox news made fun of me ,talk so much sh*t about me and my song WAP. They said Biden use me as a pawn then weeks later we seen a list of rappers and artists that Trump was trying to reach out to and to pay for support a list that included my name. I never got payed a dollar from Biden I just wanted to get to know him and open my fans up to the importance of voting.Im so proud of all these celebs who uses their platform and for the people who went out and voted WE DID IT! Don’t let nobody down play you for what you doing that’s how they try to take away your power .YOUR POWER IS YOUR VOICE!Congrats Biden! Your family here, and in Heaven are very proud of you! Also congratulations to Kamala you made history!” 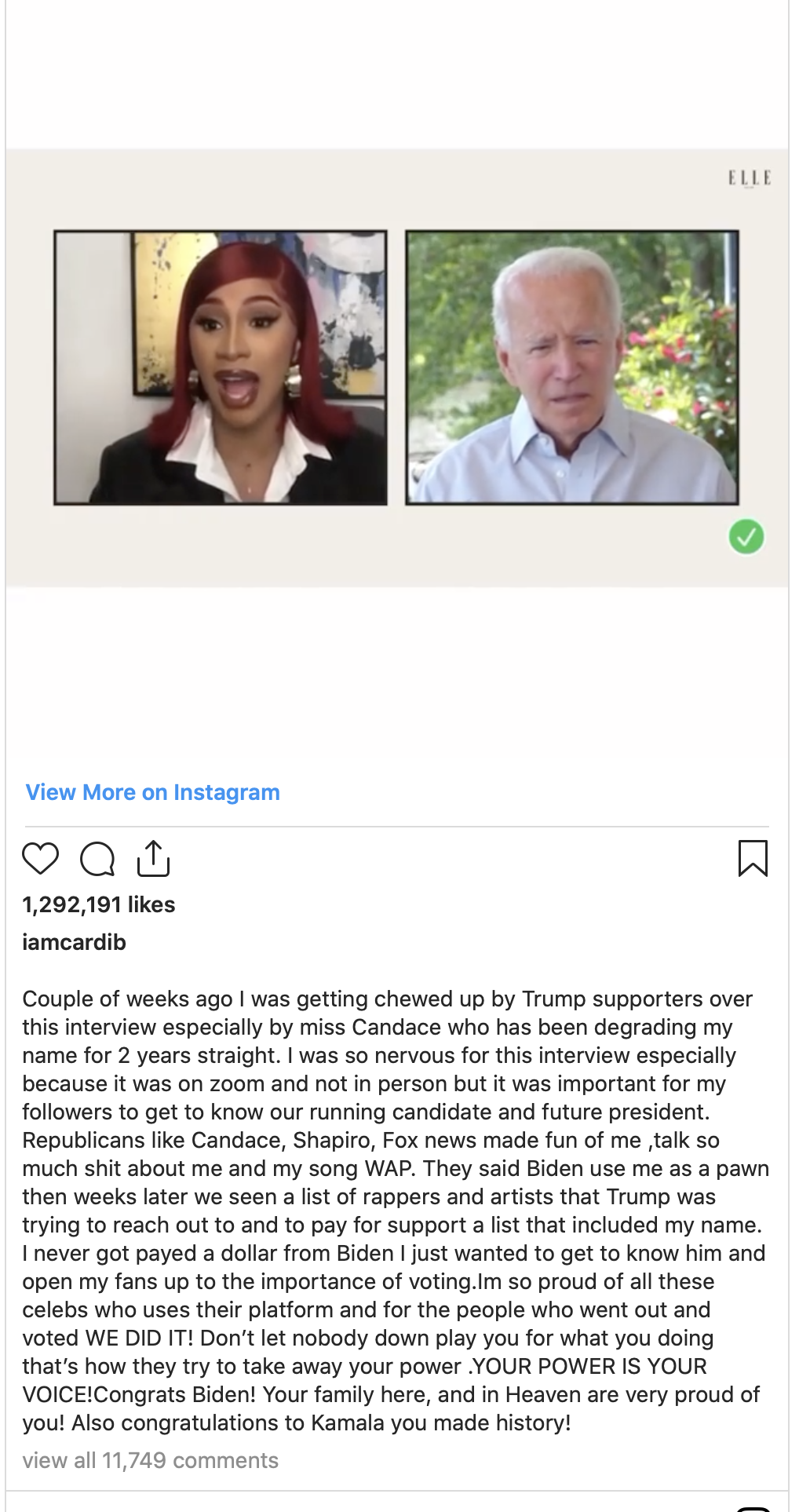 Meanwhile, the Democrats may have a potentially bigger problem on their hands if & when Biden is officially pronounced President-elect. After making many campaign individual promises to their liberal and minority supporters, the Democrats appear to now be caving in on several promises including and “defunding the police.” The NY Times reported today, “With continuing Republican control of the Senate likely, the sort of large-scale stimulus some economists have urged may be off the table.” This also comes on the heels of Democratic Congressman, who is also a senior member of Biden’s campaign and who previously suggested that Ice Cube was lying about wanting meet with the Biden team and discuss his ‘Contact With Black America,’ is now saying that idea of “defund the police” may hurt his party’s long-term interests while also costing the Democrats seats in the Congress this election.

Eva Longoria also seemed to press the issue of Democrats needing to pay closer attention to Latinas and Hispanic women, who Longoria claims, were one of the primary causes for Biden winning (watch that here). Also, “BLM-Antifa” protestors were calling “White liberals” “Fu**in drunks” during their celebration on the night of Biden being projected President-elect by the media (watch that here).

The point is that the Democrats have made multiple promises seemingly based on sensationalism and identity-politics. This strategy can help galvanize short-term election interests but may cost the party in the long-term, especially considering the reported record-increase in Black & Latino men joining Trump’s Republican Party. Time will tell how everything plays out.