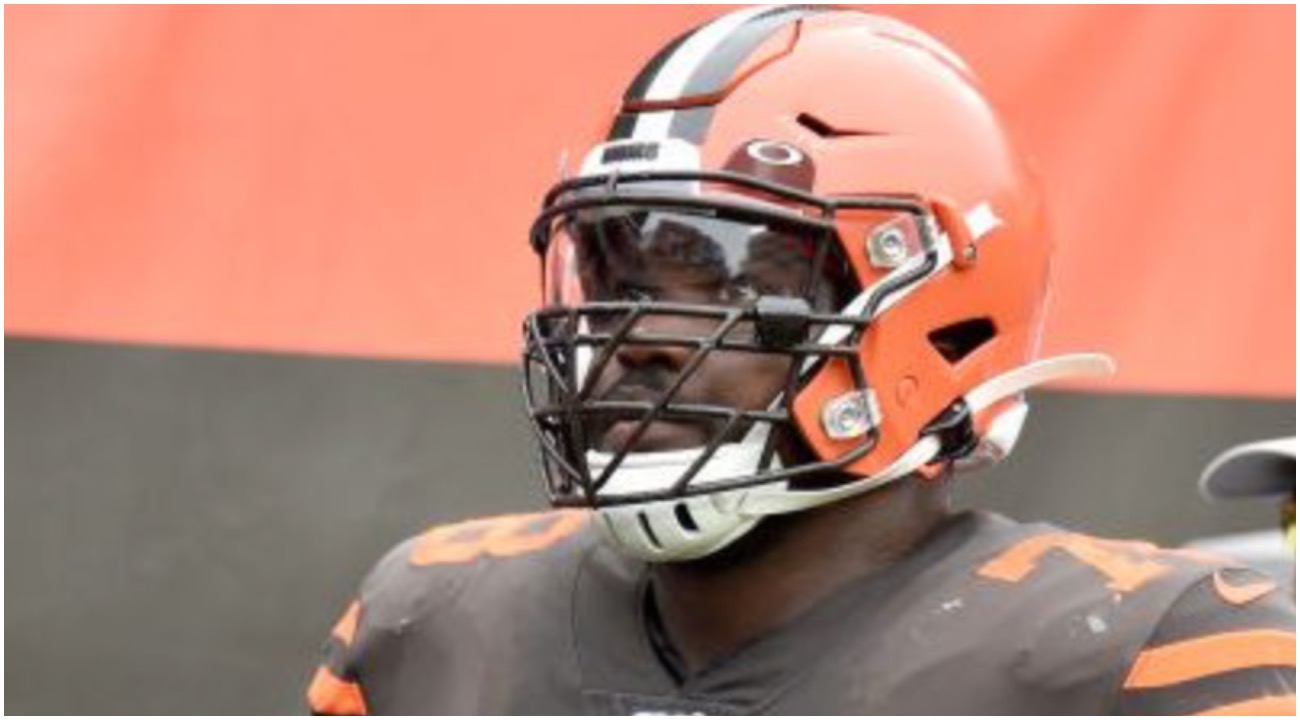 Cleveland Browns offensive lineman Greg Robinson has allegedly been caught in proximity of the Mexico–United States border in Texas with 157 pounds of weed in his vehicle this past Monday (2/17). The O-lineman was reportedly driving a rented SUV, according to TMZ.

Robinson, who’s a Thibodaux, LA native and attended Auburn University in Alabama, was reportedly in en route from Los Angeles to Louisiana with former NFL player and Auburn teammate Quan Bray, and a third unidentified person when their SUV was stopped at approximately 7:15 p.m. at the Sierra Blanca border checkpoint. An agent at the checkpoint was instructed to conduct an inspection after a drug-sniffing dog sensed marijuana as their vehicle drove by on Interstate 10.

Greg Robinson will be a free agent next month and the #Browns had no intention of re-signing him anyway, I'm told. One fewer headache in Cleveland. https://t.co/gU6ag4ipax

Vacuum-sealed bags stuffed with weed were reportedly discovered situated within several large-sized duffel bags in addition to 23 mason jars, a can-sealing machine, and an electronic scale. Both Robinson and Bray are being held without bond after being arrested and charged with possessing marijuana with the intention to sell and are awaiting an appearance in front of a U.S. magistrate judge. They could face up to 20 years in federal prison,

If convicted, they could face up to 20 years in a federal prison.

The third person, an Uber driver who has driven around and run errands for Robinson’s family and friends, made available text messages to authorities proving that he was unaware of the marijuana inside the vehicle and claims he wouldn’t have gotten in the SUV if he knew about the illicit drugs. He also showed police texts where Robinson offered the driver money to take the charge.