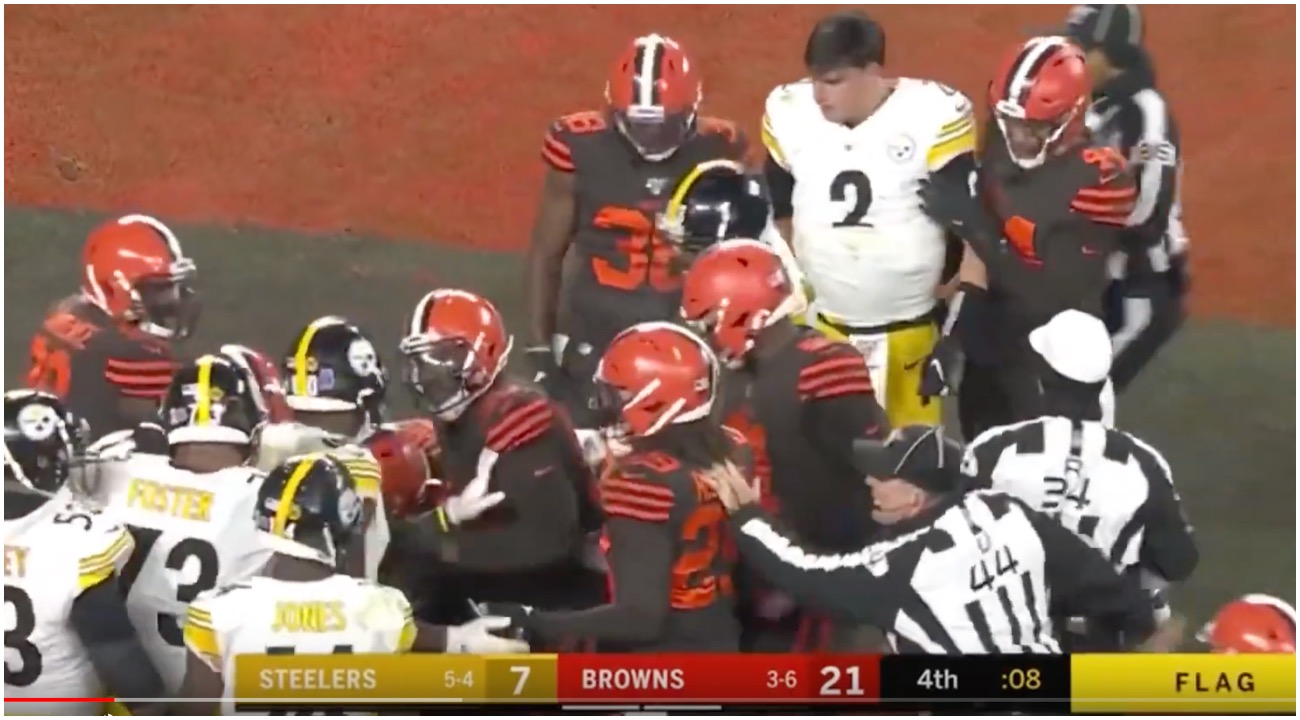 The Cleveland Browns & Pittsburgh Steelers played each other on prime time television last night (11/14) during Thursday Night Football. The two teams, who are historical rivals, ended up getting into a brawl towards the final seconds of the game. All-Pro defensive end Myles Garrett of the Browns and Steelers QB Mason Rudolph got into a heated exchange that found Garrett ripping off Rudolph’s helmet and hitting him with it. Players from both teams jumped in.

The NFL has yet to comment on the ordeal but we wouldn’t be surprised if Garrett gets suspended for the rest of the season. The Browns have now won two straight games, improving to 4-6 for the season. Pittsburgh, located 1 hour 45 minutes from Cleveland driving time, dropped to 5-5. Catch the video of Myles Garrett busting Mason Rudolph with his own helmet below before his Steeler teammates start punching & kicking Garrett.