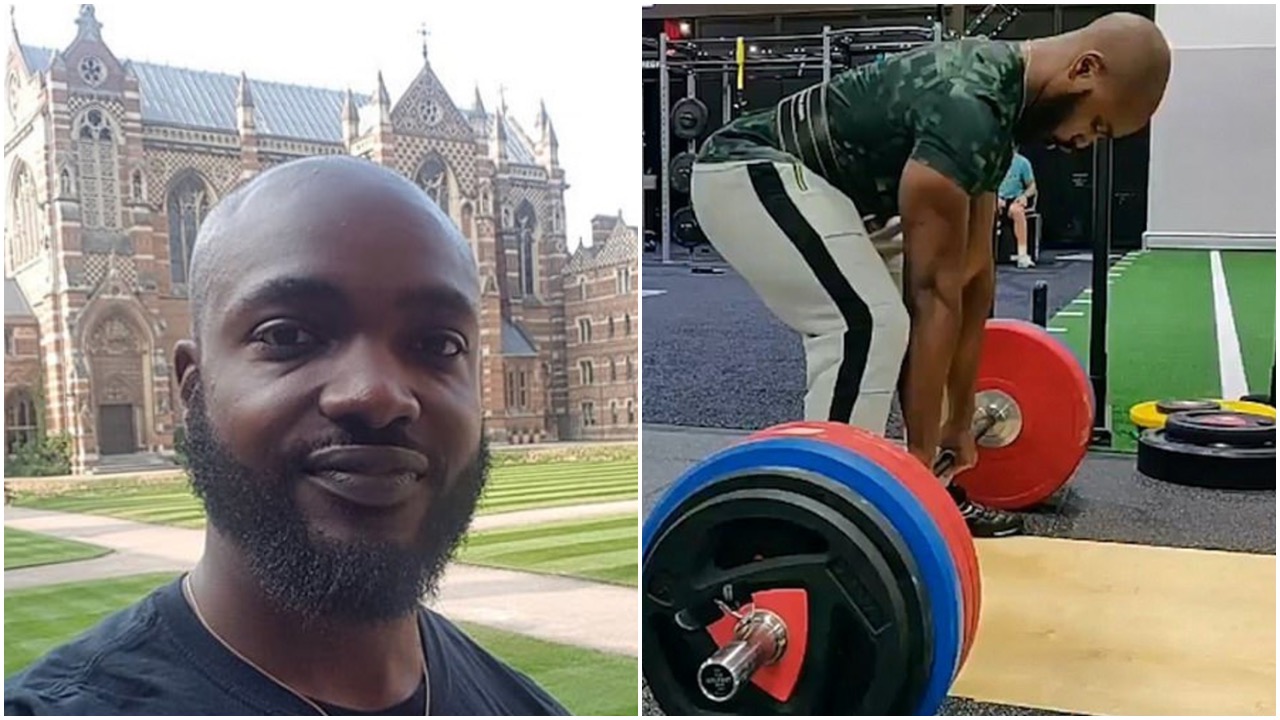 Zuby made his way into the headlines after posting a video of himself declaring he had broken the British Women’s deadlift record. The Southhampton, England-born Zuby broke various female records in March 2019 “without trying.”  The now 34-year-old rapper (legal name: Nzube Udezue) must be intelligent considering he attended the U.K.’s renowned Oxford University.  His intention for seeking to break female Deadlifting records is “tongue-in-cheek” in order to prove a point as sees fit that people biologically born as men still have a physical advantage over people biologically born as females.

“I keep hearing about how biological men don’t have any physical strength advantage over women in 2019… So watch me DESTROY the British Women’s deadlift record without trying. P.S. I identified as a woman whilst lifting the weight. Don’t be a bigot.”

So watch me DESTROY the British Women’s deadlift record without trying.

P.S. I identified as a woman whilst lifting the weight. Don’t be a bigot. 😂 pic.twitter.com/dYRraHCB42

The tweet has since went viral to over 3.1 million views as of the publishing of this article.  Zuby later told The Time (U.K.) that this tweet “struck a nerve” with many people who feel as though transgender folks should be able to compete in the gender category of their choice but the rapper also added that “98% of the feedback was positive.”

Martina Navratilova, who’s a lesbian and big advocate for LGBT rights, also received massive criticism when she also stated that “You can’t just proclaim yourself a female and be able to compete against women” in a tweet that she would later delete.

Martina Navratilova has become embroiled in a Twitter row after saying: “You can’t just proclaim yourself a female and be able to compete against women” https://t.co/8XjvBgzMkz

After JayCee Cooper, an American transgender female, started speaking out about not being allowed to compete as a powerlifter amongst females, USA Powerlifting published the following Transgender Participation Policy which anyone who’s interested can read here.

Zuby posted several other tweets seemingly mocking people who were biologically born as one sex yet wanting to compete in powerlifting sports for the opposite sex. See the tweets below.

A few jealous cis-bigots are claiming that I didn’t lock out for long enough at the top of my 230kg deadlift.

So here is a gentle 260kg pull with an extra looong lockout for the haters.

Oh. That’s another record too!

Don’t hate me because I’m beautiful and strong. 🙆🏾‍♀️ pic.twitter.com/mXQO7ZW3aa

Let us know your thoughts. Do you agree or disagree with Zuby?