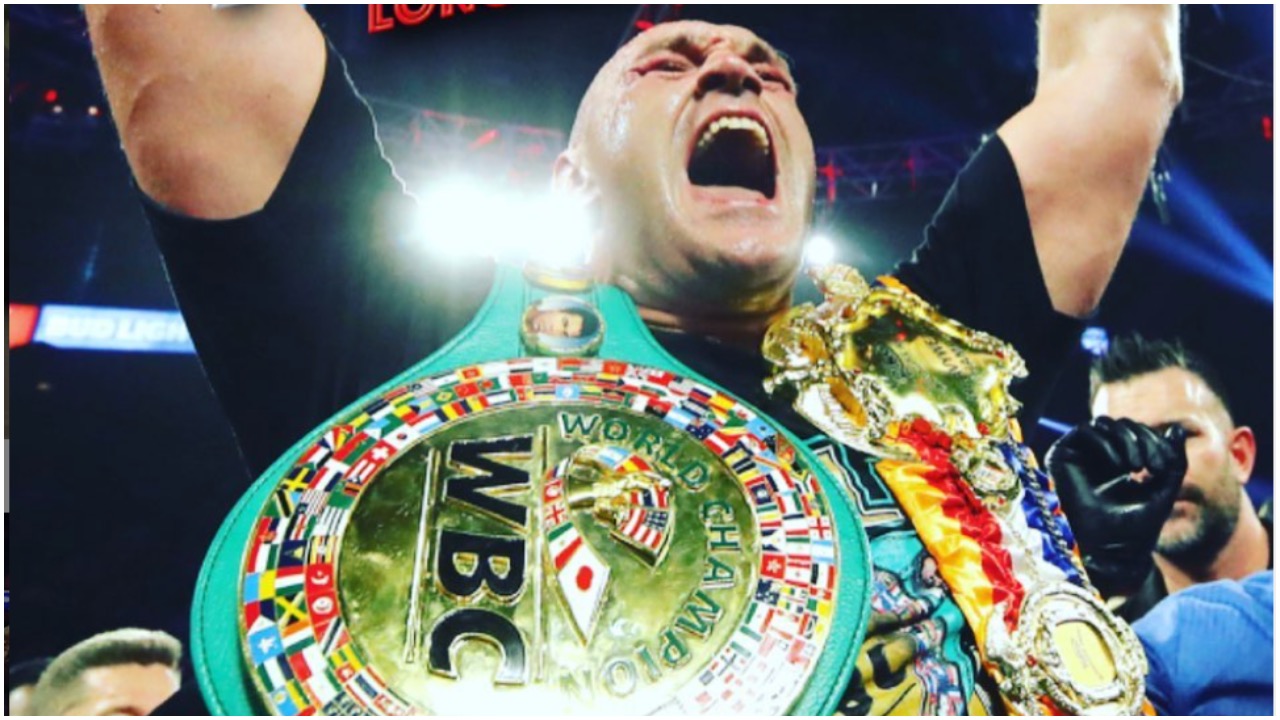 Tyson Fury is currently standing atop of boxing’s heavyweight division however a potentially new disastrous scandal has the potential to bring ruin to the British boxer’s fighting career. British daily The Mail exclusively reported today (3/15) in U.K. that an English farmer, Martin Carefoot, who alleges the following:

“*He was asked to ‘lie’ by saying he supplied wild boar to the Furys, despite having never done so.
*He was promised £25,000 for his help but was never paid.
*He signed two witness statements confirming he had been the supplier to Team Fury, which were forwarded to UKAD via lawyers.”

The issue stems from a 2015 doping accusation which involved both Tyson Fury and his cousin, a fellow boxer, Hughie Fury. UKAD is the UK Anti-Doping organization which is responsible for monitoring and protecting sports in the United Kingdom from doping. In February 2015 both fighters tested positive for the banned steroid nandrolone, which they each blamed on eating uncastrated wild boar or contaminated supplements. In other words, even though Tyson Fury (and his fellow cousin boxer Hughie) tested positive for steroids in 2015 the two men blamed random circumstances which involved them eating a certain meat which they insisted was out of their control. As a result, they were given light punishments which were backdated. The Fury fighters adamantly insisted they did not intentionally consume steroids.

Upon being informed of the allegations by The Mail UKAD responded by stating,

‘We will always review any potential evidence in relation to any anti-doping offence, and take investigatory action where necessary. If anyone has information that could be of interest to UKAD and its investigations on any matter, we urge them to contact us.’

Although Tyson Fury’s issue with steroids became public in February 2015 when Tyson tested positive for the banned substances after his match against Christian Hammer. He was never charged until 1 year & 4 months later in June 2016, by which point Tyson Fury was unified champion of the world after beating Wladimir Klitschko in November 2015.

Here’s where the potential disaster could be coming Tyson Fury’s way. In 2017, the farmer Mr. Carefoot signed two witness statements which claimed he provided wild boar to the Furys which were passed to the boxers’ lawyers, Morgan Sports Law, who gave them to UKAD. The second statement has a line that reads: “I supplied a range of animal meats and offal to Team Fury, including wild boar and pigs.” The Mail is now reporting to have in its possession claims by the farmer which state these claims which are lies. The farmer further reportedly states, “I have never kept wild boar. I have never killed a wild boar.”

Mr. Carefoot continues, “I just went along with it, and they always dangled this carrot that I was going to get paid. When things got quite serious, they offered me a sum of money before it went to court in London, and a sum of money after. I went along with them because, I suppose, in my own way I was just helping them out.”

When specifically asked if he had been willing to commit perjury for the Furys, Carefoot responded: “I suppose if I’d had to. I was in too deep. They were dangling this carrot. I thought ‘‘you’re going to get 25 grand for this, it’s not a hanging matter’’. So I went along with it.” “I feel sick of the lies and deceit and the public need to know the truth.”

This story is just breaking. The months ahead will reveal how these allegations will play out. We’ll have more details for as soon as they become available.

Exclusive: Tyson Fury's future in boxing is in serious jeopardy after explosive allegations that a member of his team offered a farmer £25,000 to lie about how he failed a drugs test in 2015. https://t.co/UKGJCG2xVF via @MailSport

The clip below is from before the opening bell for Tyson Fury-Christian Hammer fight.