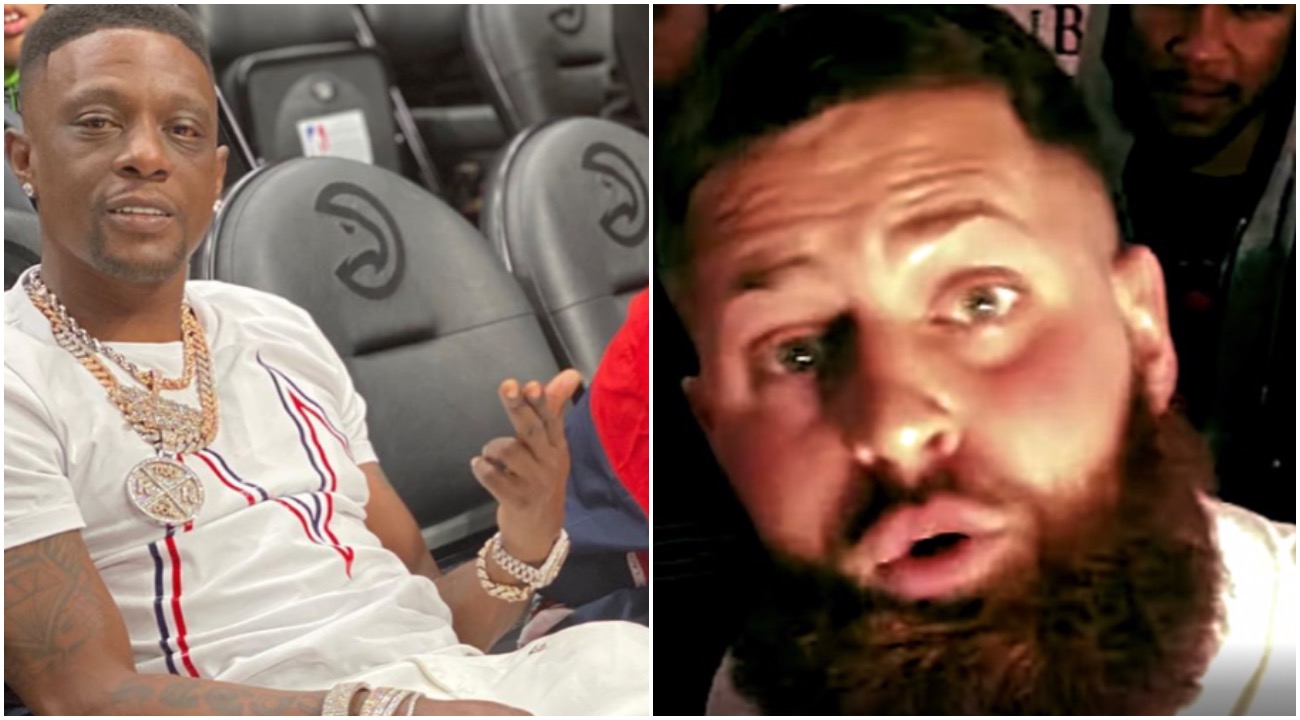 As My Religion Is Rap recently reported Battle Rapper William Wolf caught an overhand right to the jaw during a rap battle where he called his opponent the N-Word.

Afterwards, Wolf issued a statement and so did his friend who jumped to Wolf’s defense immediately after getting punched (read about that here).

TMZ caught up with veteran Louisiana-bred rapper Boosie at Los Angeles International airport and got his opinion on the ordeal. Boosie replied by stating,

“It’s probably just a bad situation for him [Wolf]…I done had White, close White friends call me ‘my ni**a, you know. You can’t do that [in] certain situations. You gotta know how to say that word…In a battle rap you dissin’. In a battle rap, it’s different. It’s aggression.”

Boosie then went on to qualify different circumstances the N-word is stated.

“They was supposed to bust him in his sh*t, they did the right thing…If you were trying to be derogatory with it, like you was trying to be offense-ful with it, and that’s something that you can’t do being who you are. That’s why it happened.”

Boosie then went on to highlight how important respect is where he’s from in Southern Louisiana. “Where I’m from, if you talk about somebody, you die about it.”