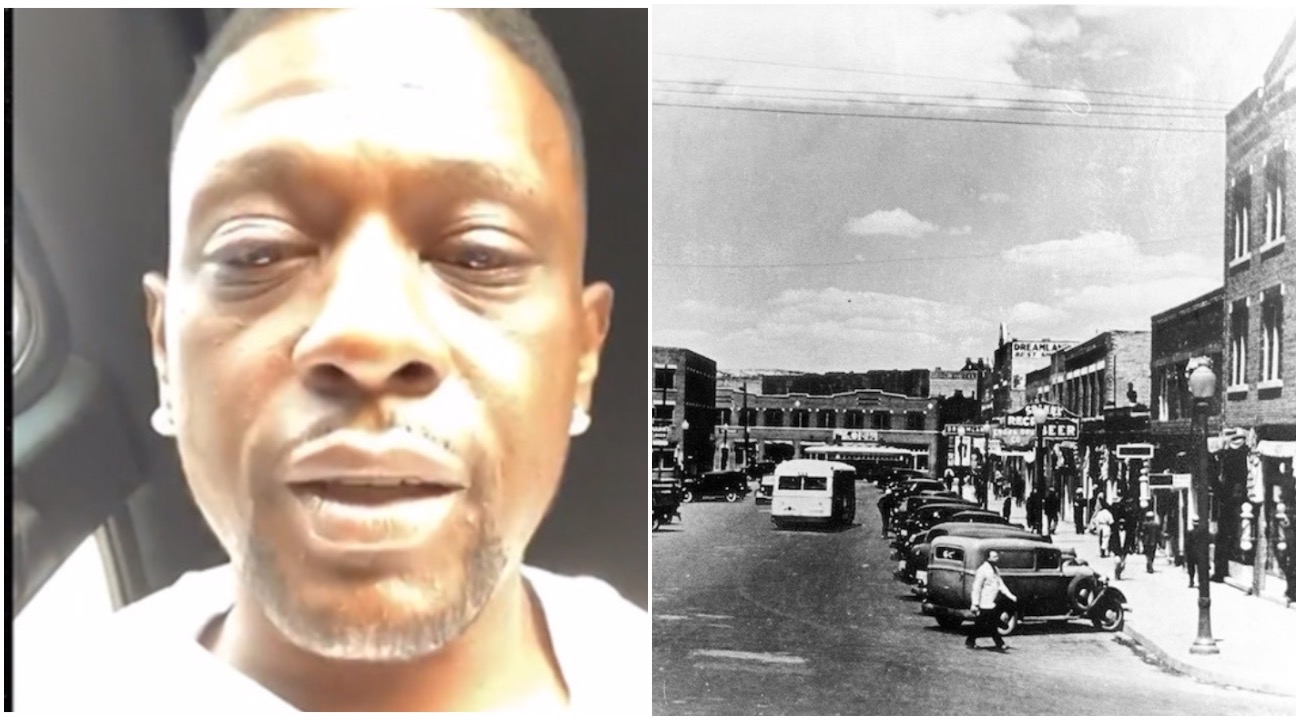 “I was just watching a show about Blacks n Black business n what they went through. Bra our people deserve money like the dam Indians get. We got completely murdered n f*cked over by this nation. Every time we get successful they hung us. Do y’all know about Greenwood, Black Wall Street and how they did us. Bra I’m pissed. Where the f*ck our money at?”

“Our wealth n lives was [taken] from us for any n everything. Especially our business men n women. Why haven’t none of our fucking presidents ask that Black people be compensated forever? Why has this never been an issue at any presidential rally etc. Have we forgot? Do leaders feel we deserved it? Millions of Black lives taken n ‘Black Wealth’ just stripped, which have affected us ’til this day financially and emotionally. I hate u bitches who did that 2 us. I wish death 2 all of you. Blacks in this country still got no fucking respect r love n that’s real.”

“Where our f*cking money at b*tches? Democrats, Republicans, presidents etc. Do u give a f*ck what we been through? Political Blacks who r n power, why haven’t yo ass spoke up about our race being compensated. I guess y’all don’t give a f*ck cause y’all [straight] now. Where our fucking money at?”

Photo courtesy of the Greenwood Chamber of Commerce 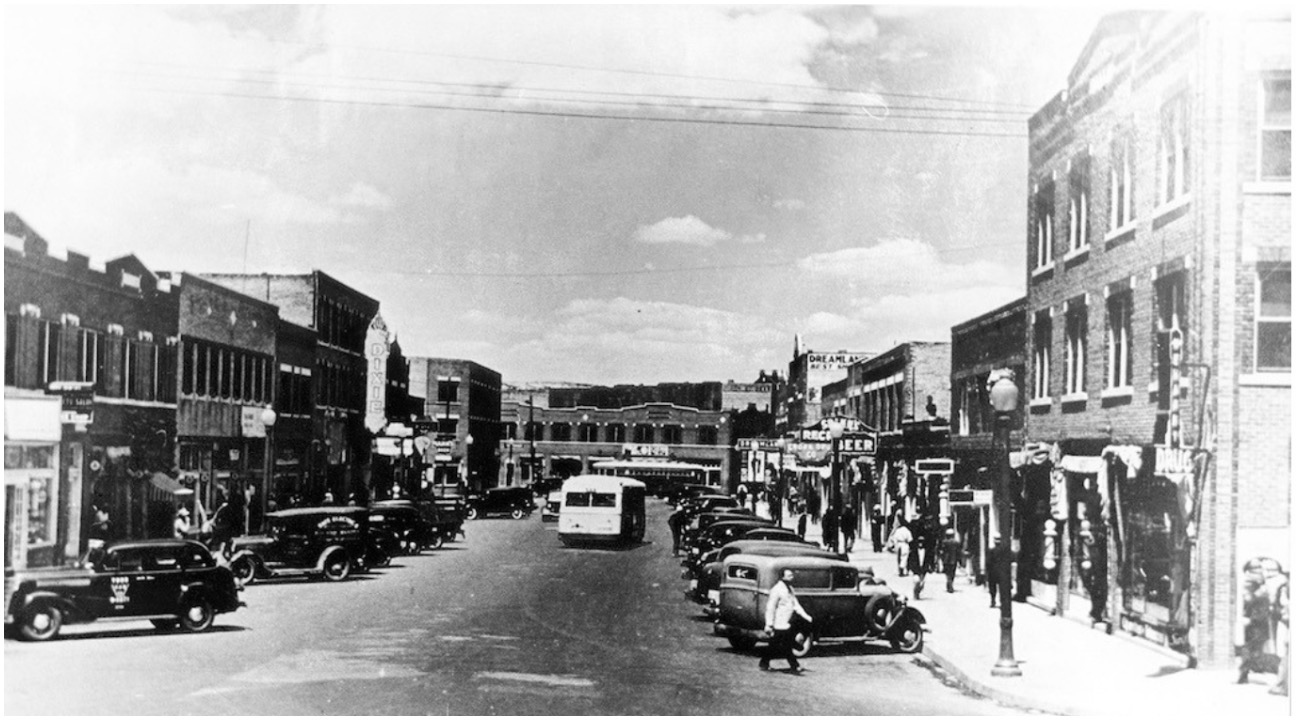 Boosie’s mention of “Black Wall Street” is interesting in the sense because it doesn’t get discussed often enough in reference to Black-American history. Black Wall Street is the epithet given to a town in Tulsa, Oklahoma in the early 20th century where a thriving upper middle-class community existed. On 5/13/1921, in what’s known as the Tulsa Race Massacre, an angry, racist White mob attacked the Black district of Greenwood in Tulsa which resulted in bloodshed and destruction. The massacre killed hundreds and possibly thousands of Black residents and left 1,000 houses destroyed. What’s less discussed is how the Tulsa Race Massacre decimated the thriving Greenwood District, which had a population of 10,000 at the time. Greenwood District, more commonly referred to as Black Wall Street, was the epicenter of Black-American business and culture.

We’ve embedded a video above that offers a rather brief description of both the Greenwood District in the early 1900s and the Tulsa Race Massacre in addition to Boosie’s three-clip post below. 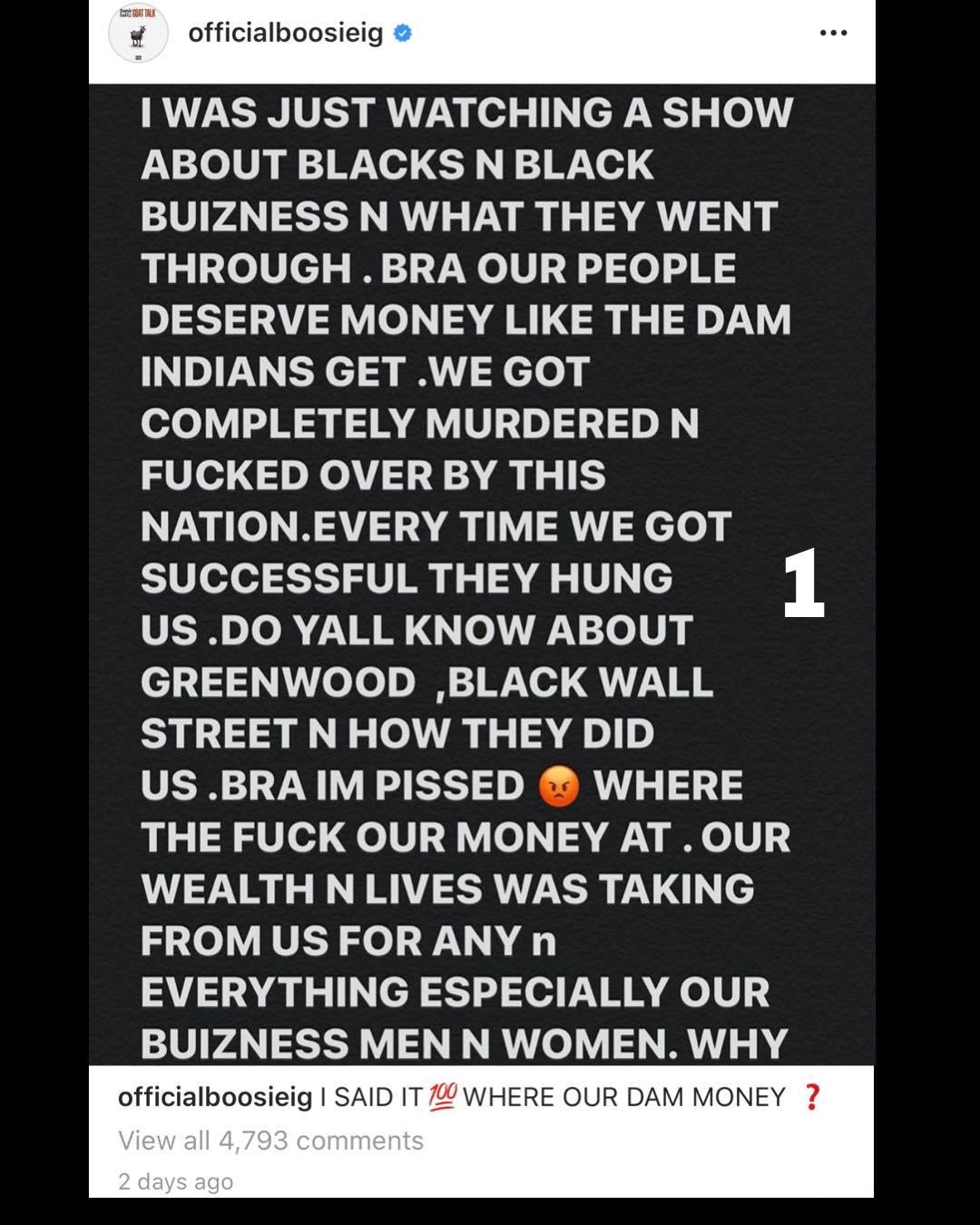 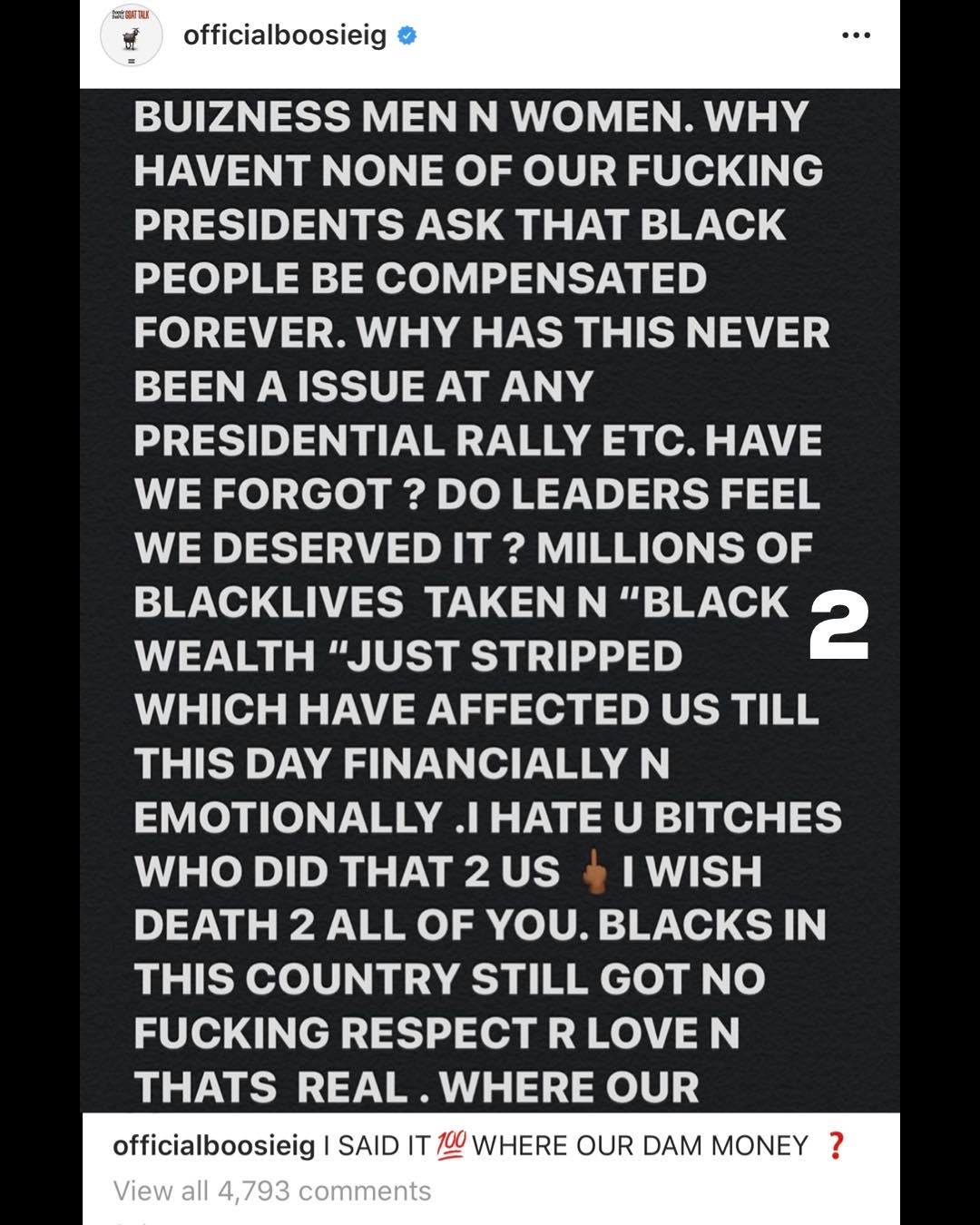