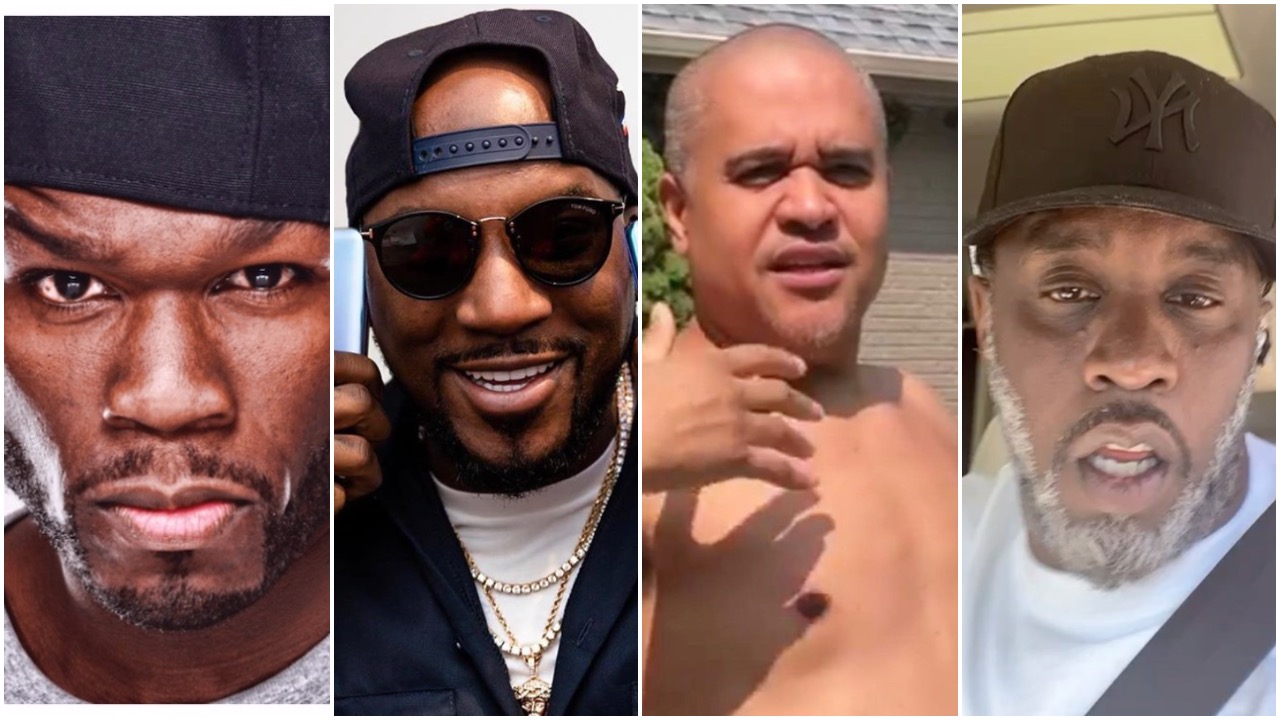 As we’ve been reporting latently, BMF co-founder Southwest-T was allowed to depart prison for home release due to coronavirus concerns. Upon his release, 50 Cent, the pit bull of the Rap Game, has publicly placed several people on notice in blunt fashion. First, 50 basically admonished long-time rival to reach out to Southwest-T in order to pay back certain monies allegedly owed (see here).

Afterwards, 50 publicly reached out to Diddy. 50’s choice words for the Revolt TV Chairman, were blunt, yet much more diplomatic and business like (see here).    Diddy reached out to Big T privately and the BMF co-founder publicly saluted Diddy afterwards. 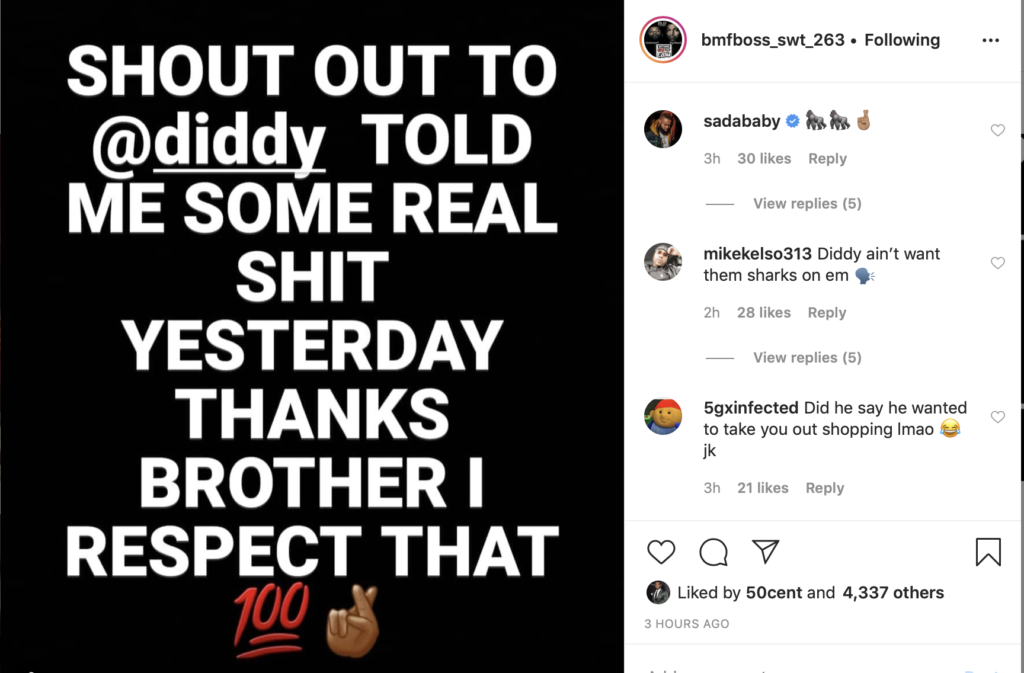 “Big T said get Jeezy ass too,how you Screaming BMF Who helped you get a record deal. Then Meech mom is calling you and texting you to let you know ‘T is home and You ignoring the phone calls. so now his mom said f*ck the backstage passes and free tickets to the concerts pick up the phone Ni**a. @jeezy #starz #BMFcoming soon”

Notice also the website which is owned by 50 Cent, ThisIs50.com, in the comments also “#MoneyByMonday.” 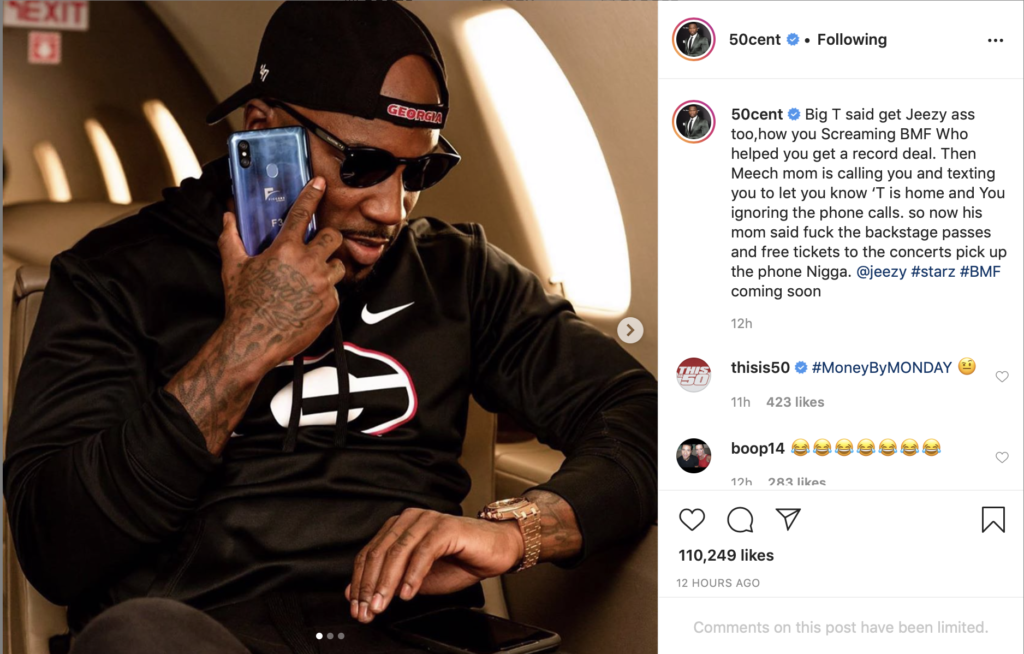 50 then publicly saluted Diddy which is the right thing to do considering the G-Unit boss initially publicly called him out. 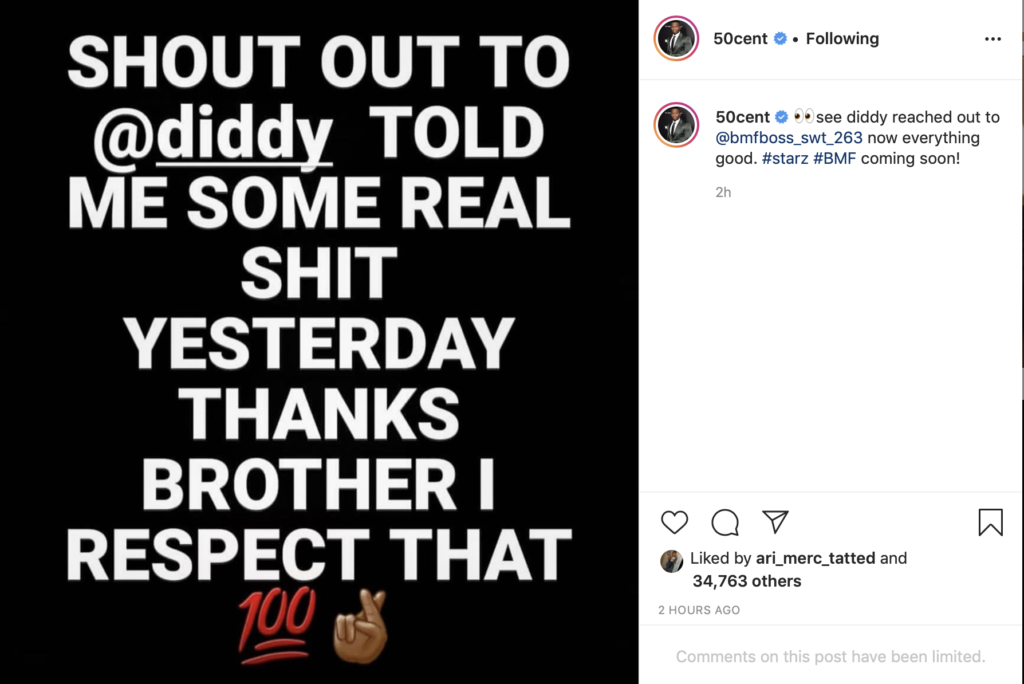 50 then again turned his focus to long-time nemesis Irv Gotti. In no uncertain terms, 50 let’s Gotti know he needs to hand over his “stimulus check.” 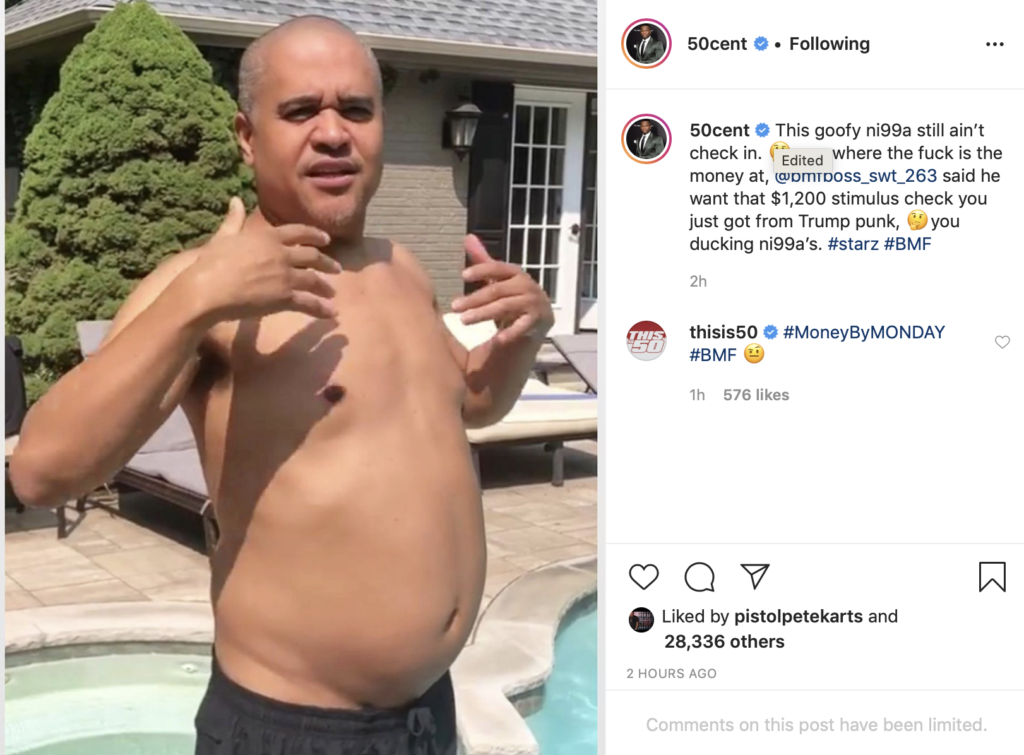 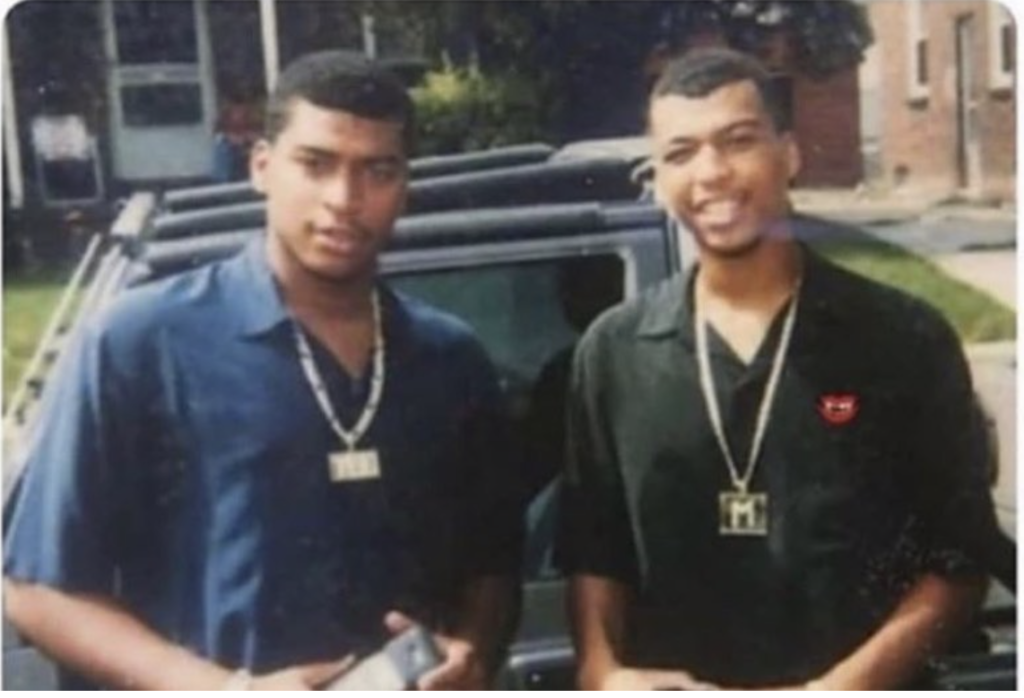