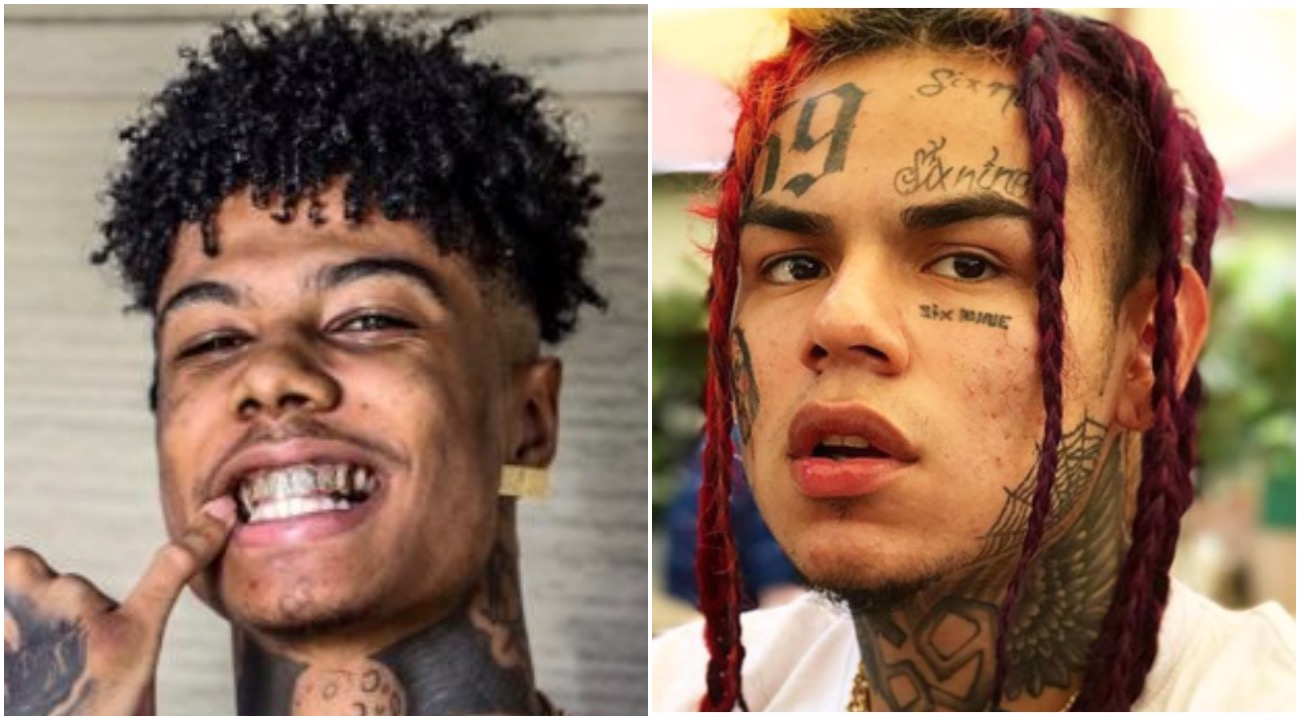 As we indicated yesterday, reports by TMZ have suggested that 6ix9ine has obtained a $10 million contract to produce 2 albums, 1 in English and 1 in Spanish.

Now, TMZ has caught up with Blueface and obtained his point of view on 6ix9ine, the snitch “rapper” who’s record label feels confident enough to invest in the troll-turned-government witness. Blueface responded by saying,

Blueface further states 6ix9ine gets no passes in Los Angeles. Catch the video below.