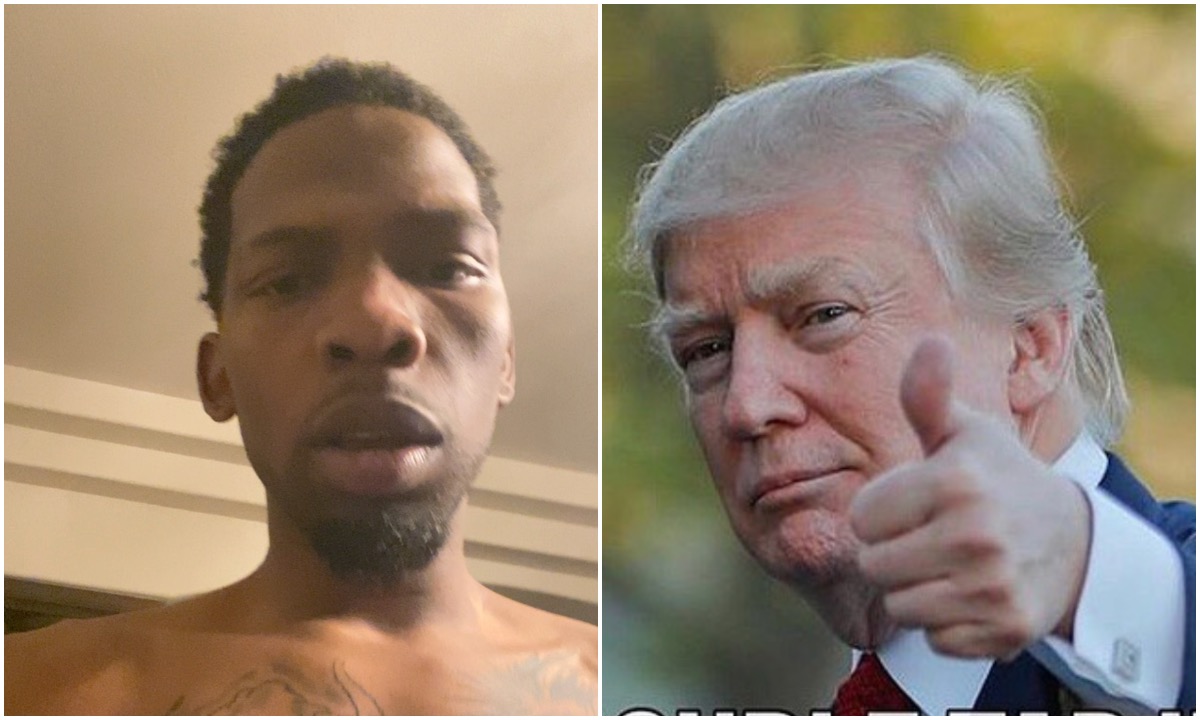 Blockboy later double-down on his tweet by reposting to his IG account in order to explain to his 2 million “followers” his political feelings. Notice, just as importantly, how the IG post is captioned, “Trump Might Would’ve Got My Vote If I Wasn’t A Felon😂😂😂”

Indeed, this is a matter prison-reform must address. No democracy has full integrity if persons who have redeemed themselves by serving their debt to society (jail time, probation and/or fines, etc) but are yet still unable to partake in the voting process. These are nothing short of draconian laws preventing citizens from enjoying full citizenship and hopefully the Trump administration will tackle this matter ASAP.

Blockboy JB doesn’t explain why he called the President “Gangsta” however shortly before he posted on the matter Trump was very blunt with a White House reporter which you can watch here. 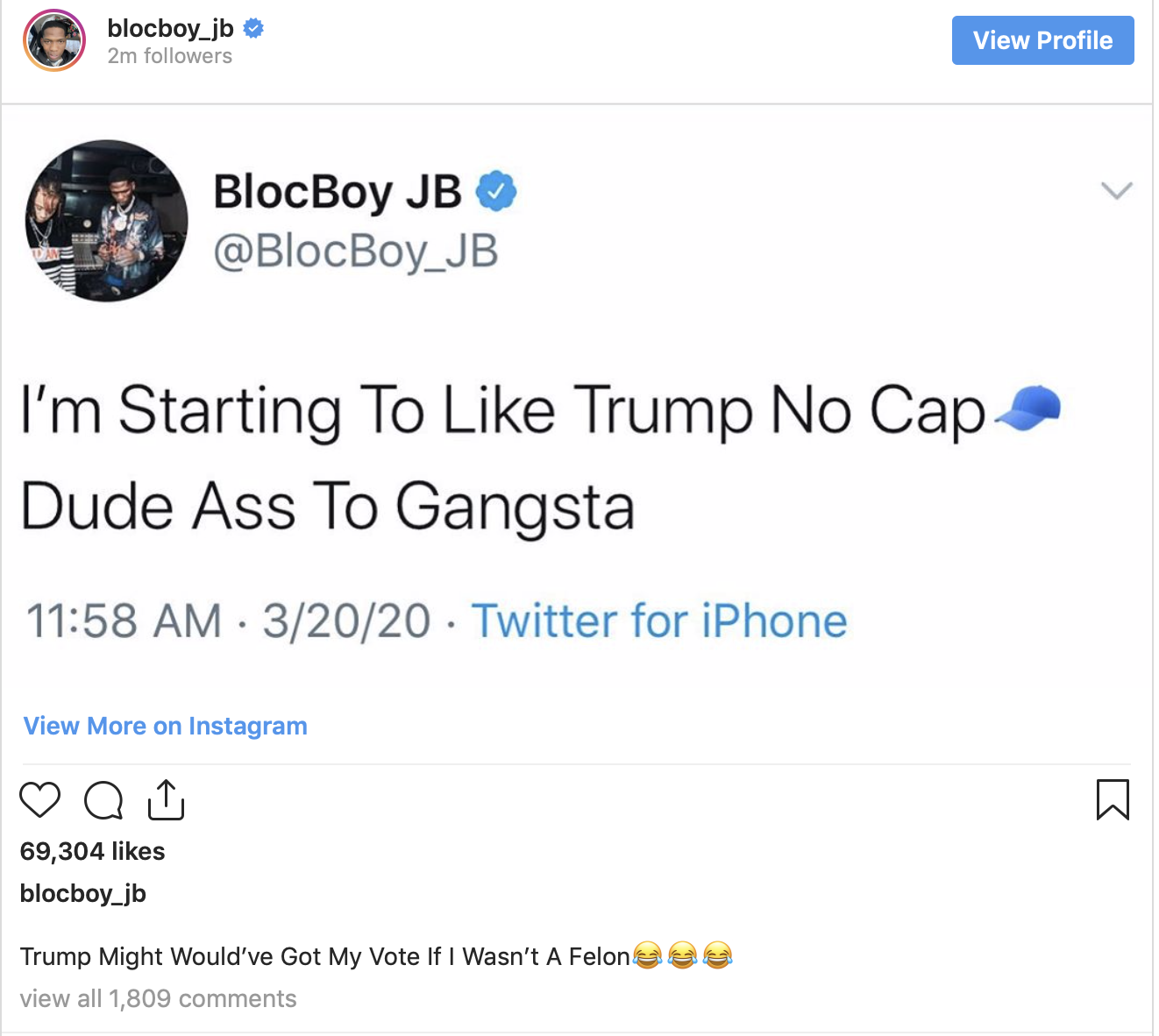