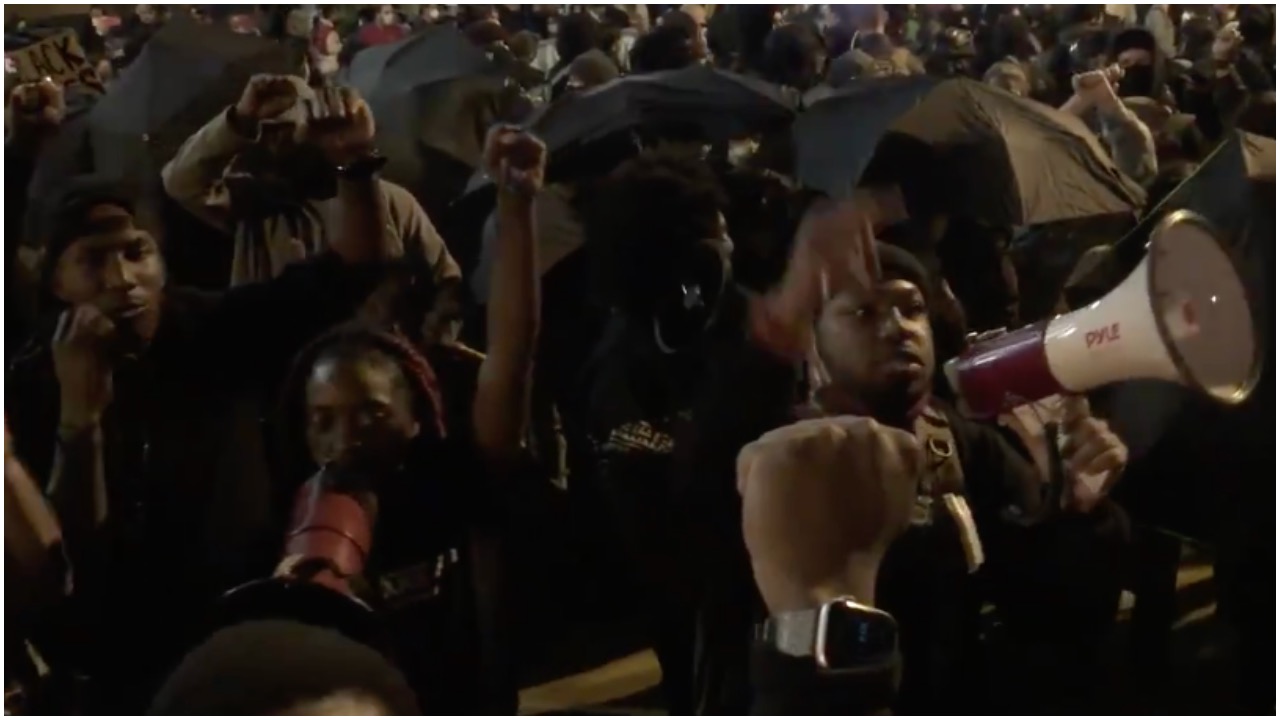 Photographer @FordFischer identifies this group as the “They/Them Collective.” It is an antifa group. pic.twitter.com/ESlhYMg9ZK

It appears Joe Biden’s broad coalition of supporters may be seeing internal rifts. After the Associated Press and other prominent media outlets projected Democratic the ticket of Joe Biden & Kamal Harris as winners of the presidential elections, celebrations erupted amongst some of their supporters. However, other elements of Biden’s support base continued protesting and called out “White liberals” and accused them of getting drunk.

The man leading the protest shouted over a bullhorn,

“For all of you f*cking journalists, for all of you White liberals who have been celebrating, getting drunk off your azzes about Biden winning this election, you are all a bunch of f*cking fools!”

“You will not colonize this space…We will not have it here. We are still gonna be here protesting, fighting, advocating for our Blacks, for our Brown, Indigenous, queer, non-binary, people who have been killed by police,”

Find the video up top courtesy of journalist Andy Ngô.