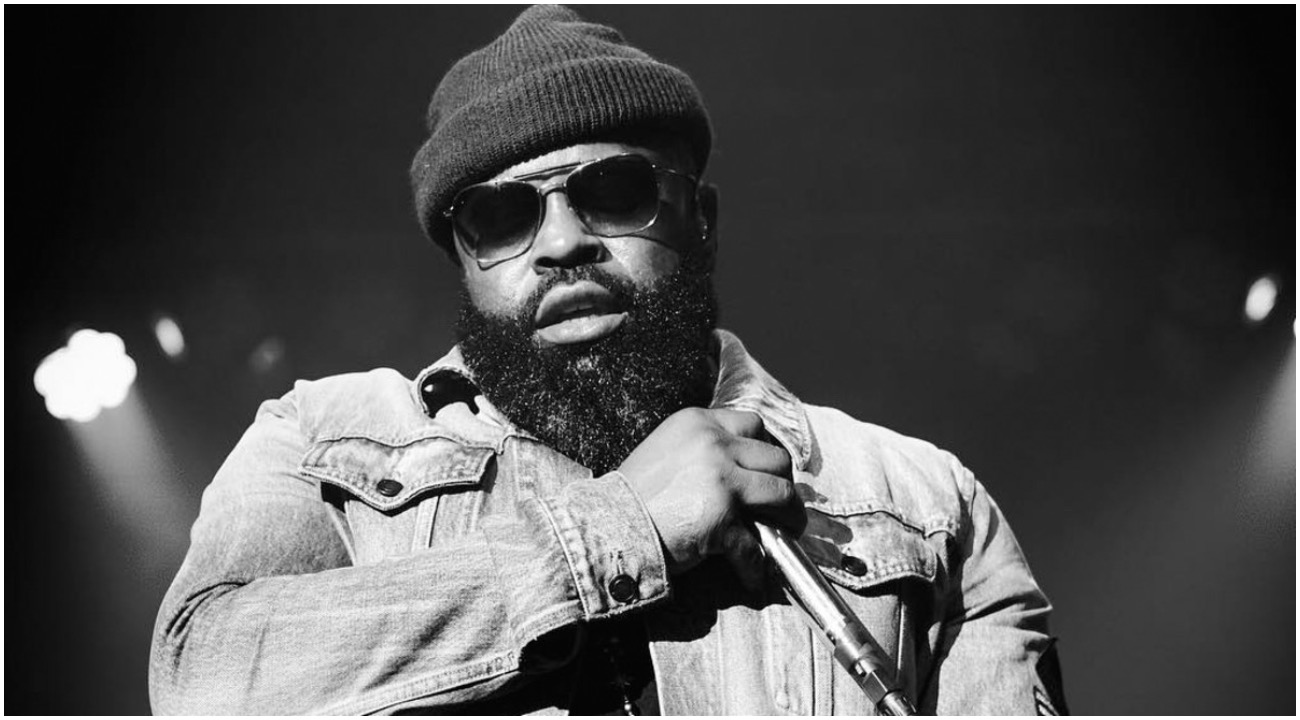 The Roots member Black Thought is heading to the playhouse stage to make his acting theater debut in a new musical the veteran emcee co-created with Oscar winner John Ridley.

Tarik Trotter (aka Black Thought) worked with “12 Years a Slave” writer Ridley to develop the satire ‘Black No More,’ a play based on George Schuyler’s 1931 novel of the same name. Black Thought will act alongside “Hamilton’s” Brandon Victor Dixon and “Next to Norma”l actress Jennifer Damiano to feature in the production.

‘Black No More’ follows the character of Dr. Junius Crookman as he ponders a way to solve America’s race problem. The play be directed by New Group artistic director Scott Elliott.

The project will receive its world premiere in New York City’s Playhouse District (the largest playhouse district in the United States) at the Pershing Square Signature Center in October 2020 and has been in the works since 2016.

Questlove took to social media to celebrate the news in a post sharing a screenshot of a press article and captioning it, 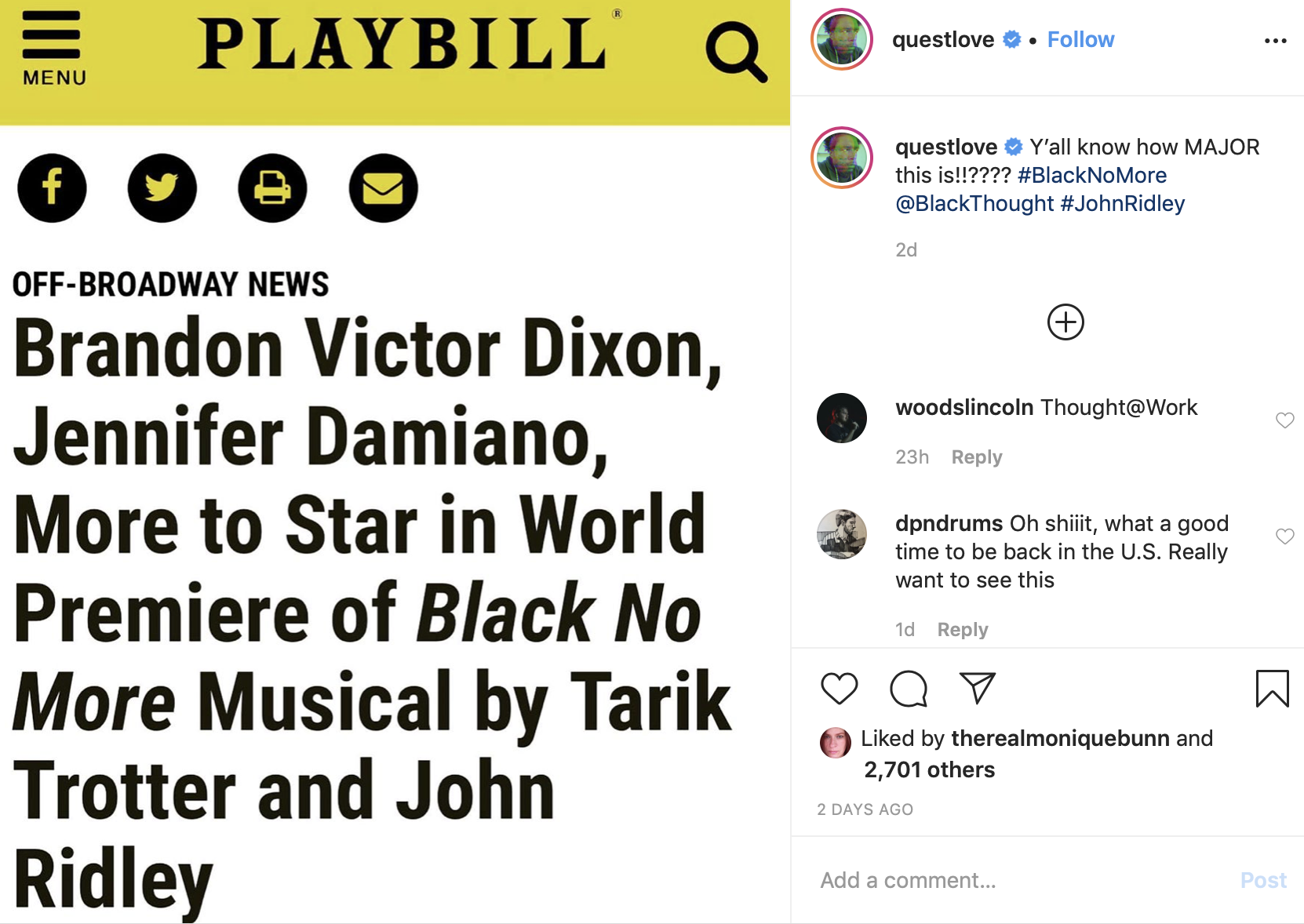 Congrats to Black Thought on making a contribution to the arts which is a great way (possibly the best way) to spread different ideas than those currently accepted by the mainstream. The Roots emcee previously acted in TV appearances “The Deuce” and “Unbreakable Kimmy Schmidt,” while he also appeared in Spike Lee satire “Bamboozled” in 2000 and 2002 romantic comedy “Brown Sugar.”