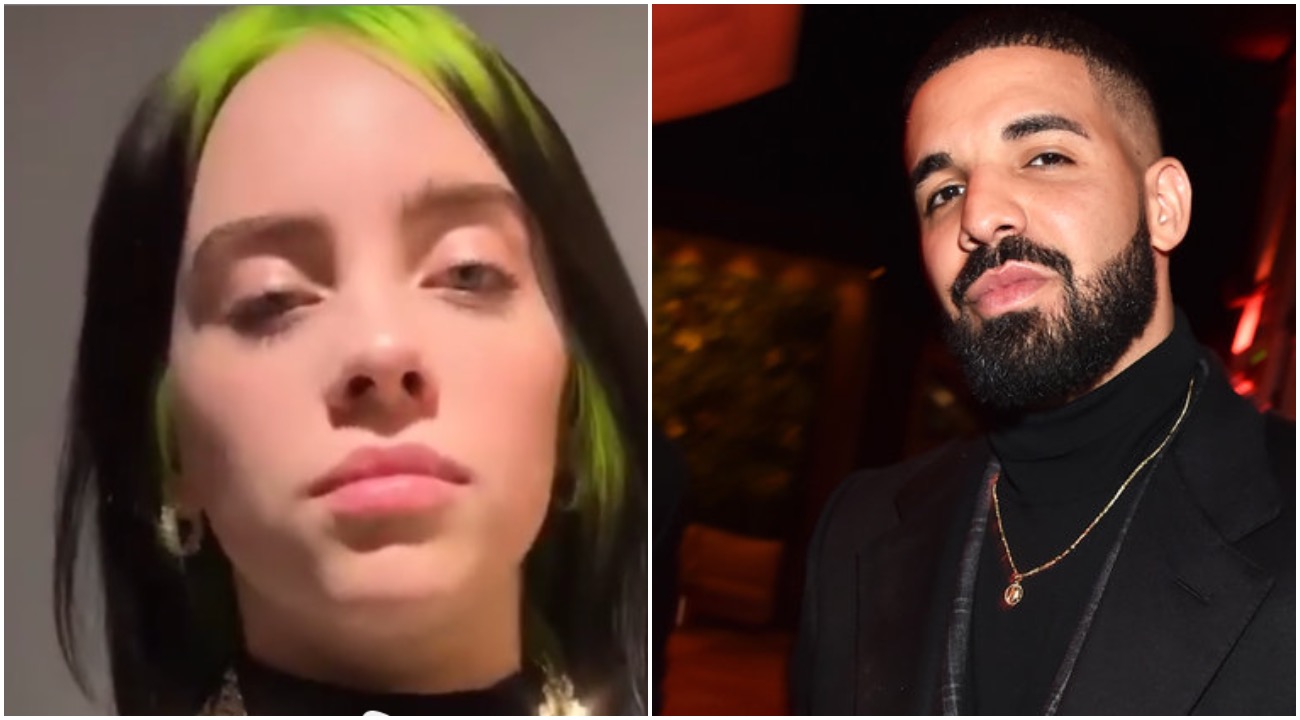 Billie Eilish turned 18-years-old in December 2019. She’s a big star now and has been mentored by Drake (see here). There’s no question that much of the rap at the forefront of mainstream culture is full of CB4-type personas. One must also consider that for that age group the Rap genre is the most popular choice of music. One must only think about recent incidents including Tekashi 6ix9ine and try to understand how the average teenager must have viewed that whole ordeal!

During an interview with Vogue, Eilish admits the storytelling in her music is by-and-large fiction. She then explains how she and her brother Finneas enjoy creating characters and writing from the perspective of those characters. Eilish also feels, however, there is a big difference between telling an entertaining story and lying about your life story, stating,

“Just because the story isn’t real doesn’t mean it can’t be important…There’s a difference between lying in a song and writing a story. There are tons of songs where people are just lying. There’s a lot of that in rap right now, from people that I know who rap. It’s like, ‘I got my AK-47, and I’m f*ckin’,’ and I’m like, what? You don’t have a gun. ‘And all my b*tches…’ I’m like, which b*tches? That’s posturing, and that’s not what I’m doing.”

Eilish’s choice of the word “posturing” is interesting as it means: to behave in a way that is intended to impress or mislead. Not to single out Tekashi but he actually admitted to just that during his recent trial that he engaged in behaviors that would purposely mislead his fanbase because he deemed that Gangsta Rap is what they wanted to hear.

In the photo below posted by designer Dapper Dan where the iconic designer created outfits for Billie Eilish and her brother Finneas.

“For every client that we work with, to each their own style. At @DapperDanHarlem, we design from your mind. Thank you @BillieEilish and @Finneas for letting us bring your fashion ideas to life in these 2 custom looks. And congratulations on a legendary @nbcSNL debut!⁣”

For every client that we work with, to each their own style. At @DapperDanHarlem, we design from your mind. Thank you @BillieEilish and @Finneas for letting us bring your fashion ideas to life in these 2 custom looks. And congratulations on a legendary @nbcSNL debut!⁣ ⁣ 📸: @willheathphoto

However, not everyone is happy with Eilish’s statement on rappers cappin. To be honest, there’s a point to their frustration. Any true Hip-Hop head, and by Hip-Hop head we mean one who continues to respect the actual artists (including and especially the 15-30 age cohort) knows that real Hip-Hop lives through rap music. There are plenty of rappers who paint real pictures in their rhymes but are not mainstream in the sense Eilish is but the reality is that Eilish may have never listened to such real Hip-Hop. She may only be familiar with the Trippie Redds and Lil Xans of the (rap) world. Catch some posts below showcasing fan anger at Eilish’s comments.

the eilish quote is a good example of how otherwise smart people leave all of their reading skills at the door when they look at rap, and insist on the flattest most literal reading, then get mad about “lying”

submitting a Freedom of Information Act request for Jay-Z’s traffic stop, as I simply doubt the veracity of his account. we must see the body cam footage

Worst part about popstars like Billie Eilish talking about rap is that they always act like it’s a monolith. Like there’s not more to it than what they describe.

“yes I will use rap trends, aesthetics and production to make a name for myself. afford it any respect as an art form whatsoever? lol!” – billie eilish https://t.co/VebEfMHIfE

Billie Eilish had two bad takes today. 1 about hip hop and the other about Drake

anyone that agrees with billie eilish on what she said about rap/hip hop pls stay away from me. you are the feds