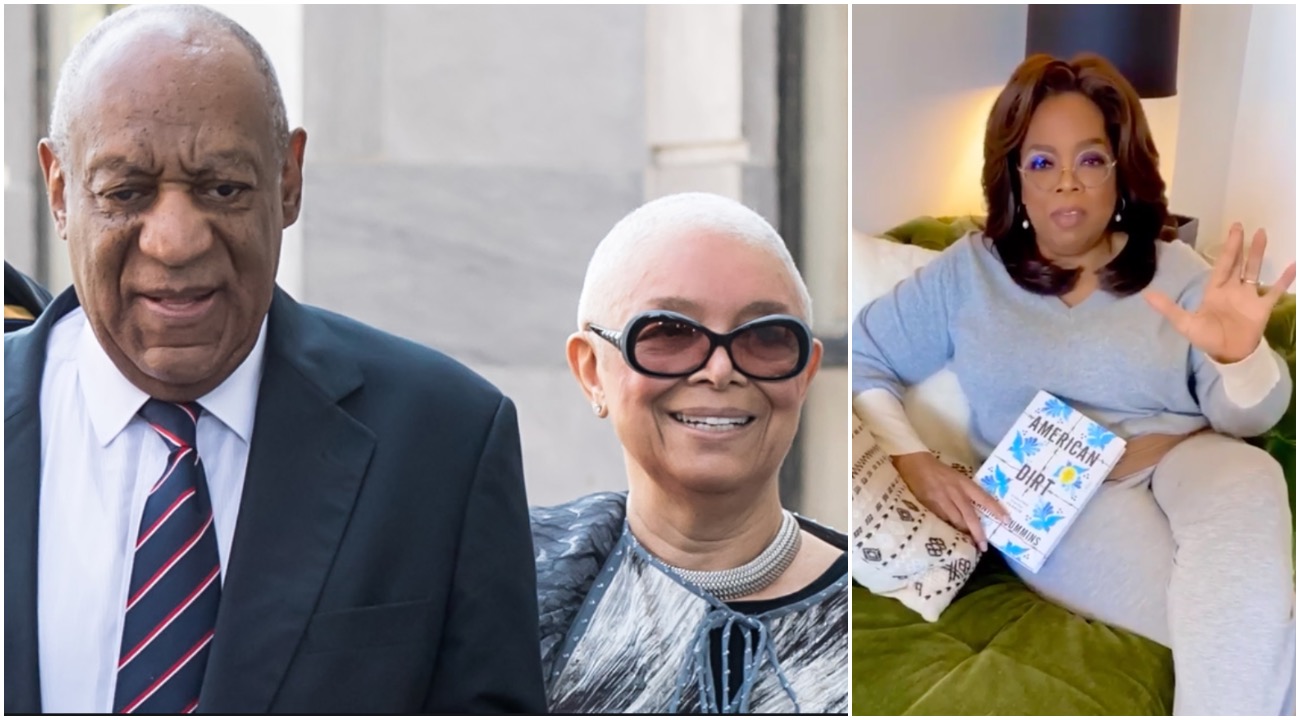 Now, Cosby’s wife, Camille, has taken to social media, via Bill Cosby’s account, in order to express a message of solidarity with Black men. Camille has a background in television production and is an author, philanthropist and has always been known for speaking out issues she deems pertinent. The post was captioned as follows,

“Camille Cosby Responds To Unwarranted & Relentless Attacks That Media & Their Cohorts Have Brought To Kobe Bryant’s Family…She Offers Her Support, Prayers & Love To Kobe’s Wife, Children & Family… ‘History repeats itself again, again and multiple, more agains. The relentless, stereotypical portrayals of people of color… and I will specify African American men for the purpose of this statement…and the ever-present, unproven accusations of Black men as sexually deviant, brutal black bucks, are repetitive obsessions in most general media. Their messengers are all too enthusiastically ready to disseminate the particular horrific, racist imageries; that are forever the demonizations of Black men. The media’s current attempts to supersede Mr. Kobe Bryant’s celebrated history with an old case that was unproven and dismissed is downright parasitic and cruel… and the media’s numerous messengers are participants in that deplorable behavior and disrespect for Mr. Bryant’s wife children and family. Anyone who has suddenly lost a spouse, child or a loved one, intensely knows the emotional, penetrating traumas of that kind of shock. I certainly do.’ Camille Cosby” 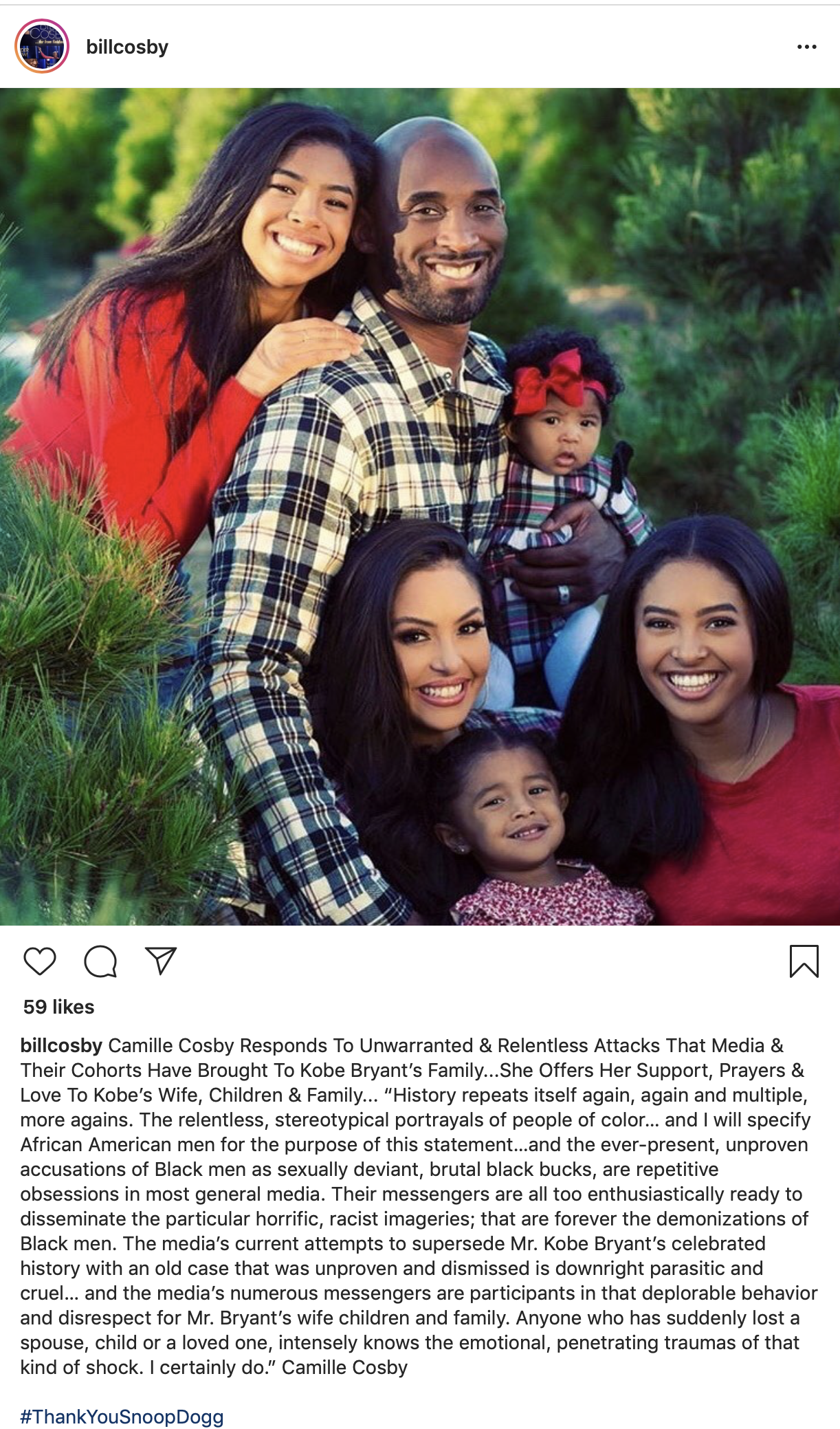 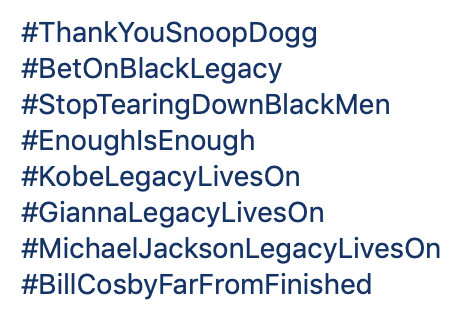