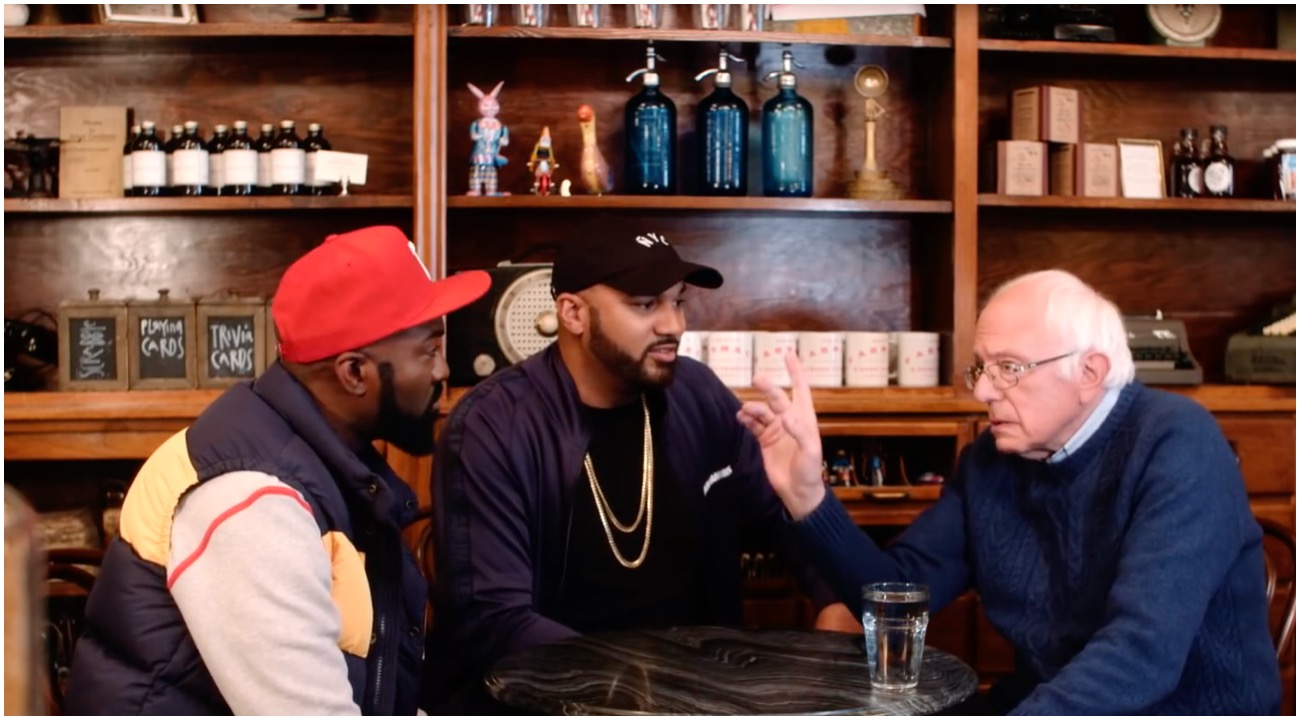 Bernie Sanders continues to persist in his campaign for the U.S. Presidential elections. While President Trump and his son, Donald Jr., continue to leverage the star power of Kanye West, The Bern has also tapped into Hip-Hop personalities of his own, namely Killer Mike & Cardi B.

While making an appearance on the Desus & Mero show Bernie Sanders discusses marijuana and the marijuana industry. He says “the folks who have been hurt the most” from weed being illegal show benefit the most from it’s legalization.

“Under the controlled substances act, marijuana is at the same level as heroin, which is insane…So we take it out of that, which essentially legalizes marijuana all over this country. And the second thing we do [we] move to expunge the records of those people who have been arrested for marijuana. And the third thing we do — and this is important — as we move towards the legalization of marijuana, I don’t want large corporations profiting. I want the people who’ve been hurt the most to benefit. The folks who should be involved in the legal marijuana issues should be people color.”

Sanders goes on to name who is favorite rapper is around the 3:50 mark into the video. Catch that below.

In case you missed Bernie Sanders previous sit-down interviews, each with Killer Mike & Cardi B, you can find them both below.