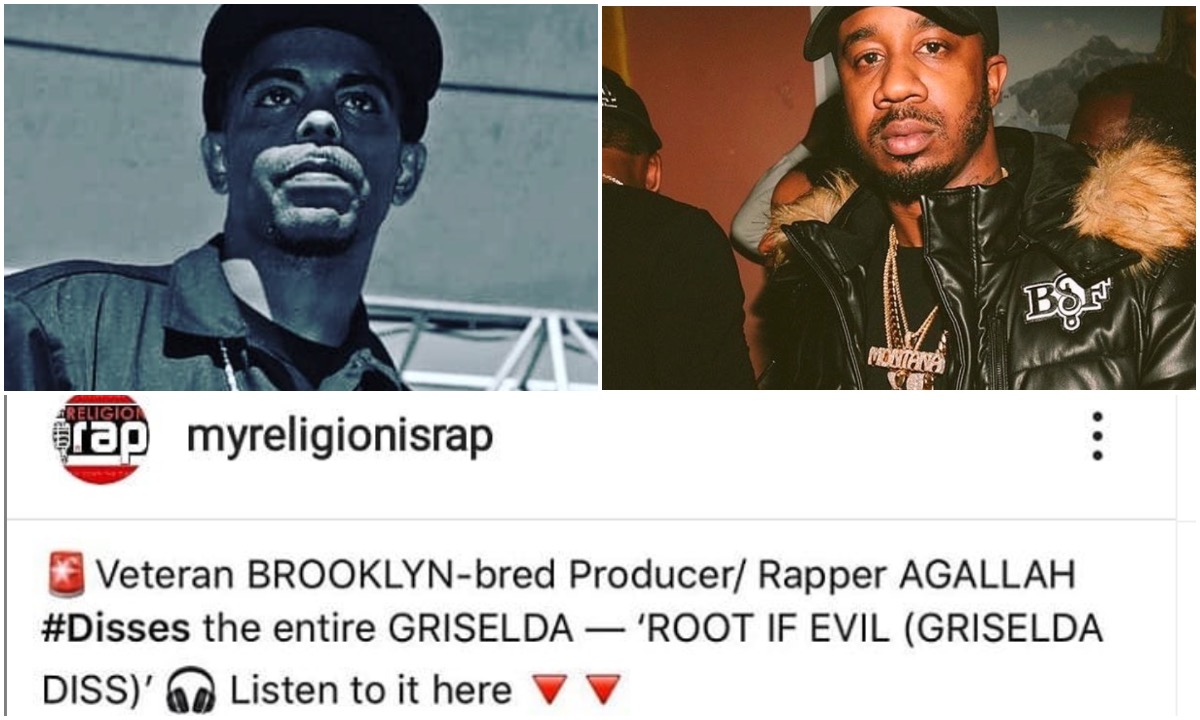 As we reported yesterday (3/29), Agallah dropped a diss track aimed the entire Griselda. What wasn’t understood was why the Veteran BROWNSVILLE, Brooklyn-bred producer/ rapper took at a shot on wax at the group of Buffalo-bred emcees. Agallah, who has produced beats for many legends including, Mobb Deep, Big Pun, Sean Price, Saigon, Busta Ryhmes, Remy Ma, Guru, The Diplomats and many others, stated later yesterday in a post on his Instagram page over a screen shot of My Religion Is Rap’s post of the above referenced diss track. Agallah captioned his post by writing the following (only for Benny The Butcher to later hop on the post and speak his mind),

T”his is why i don’t f*ck w rappers who wanna talk war talk in they songs nothing righteous i dont hear in they music but thats not the point. Im a man before the mic. You not gonna take my respect and think im gonna let certain shit slide and have some kinda chip on your shoulder because i never wanted to give you free beats.then certain times we bump into each other its some real dark vibe like i aint no flip flop ni**a we was never cool for me to do sh*t. Im well known by every major artist in the game cause i make moves and produced and rapped with alot of legends. I aint gotta prove sh*t but i am giving out lessons . im from #Brownsville #brooklyn #bornandraised my brother @cannon_briggs will tell you how we get down @realkillerkev_ known me since kids was never no games then and aint no games now.#Fuckyouthealbum out now #AgallahDonBishop #PropainCampain #brownsvillevstheworld #brooklynsfinest”

In the comments, The Butcher and Agallah exchanged brief words which you can notice on the screenshots we’ve taken from Agallah’s IG page (notice the second screen shot below), 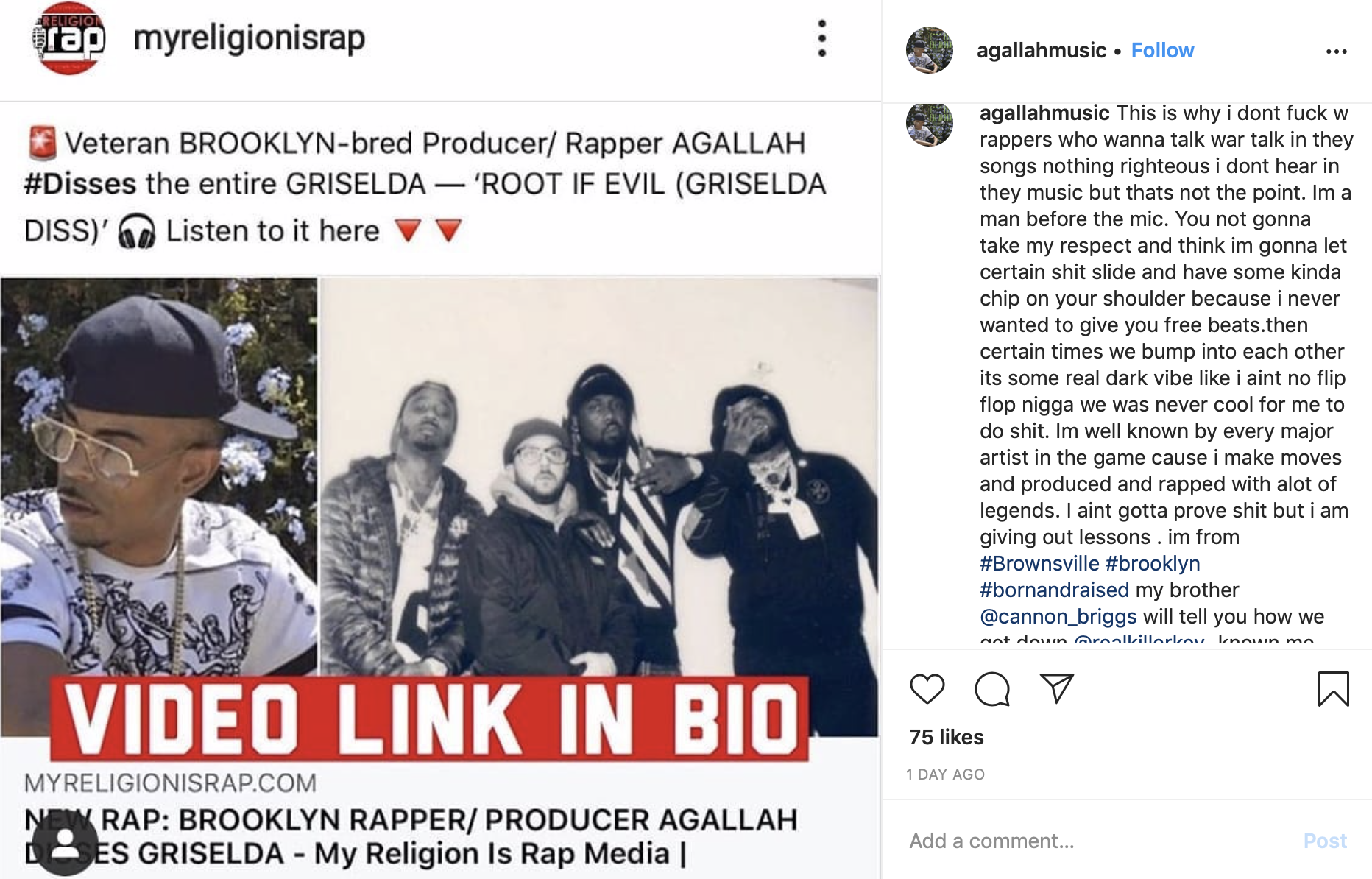 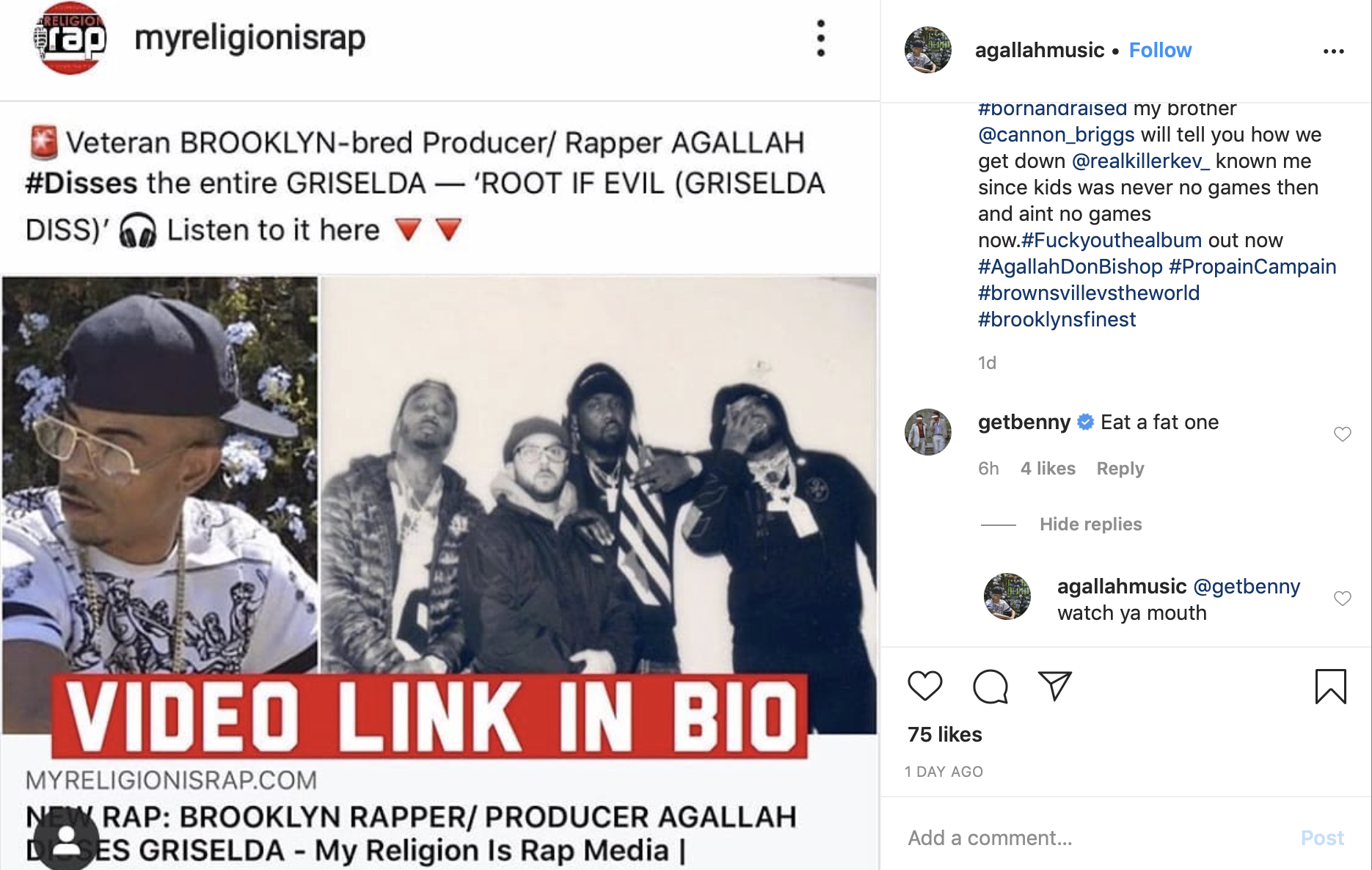 Both parties are respected in the Rap Game, and just as importantly, in the streets. Ideally they can come to terms over any outstanding issues that stands between them. Revisit the diss track from Agallah’s new album, F*** YOU THE ALBUM, up top. In the photo below you’ll notice Agallah pictured with retired, 2x Heavyweight Boxing champion, and fellow Brownsville, Brooklyn native, Shannon “Cannon” Briggs. 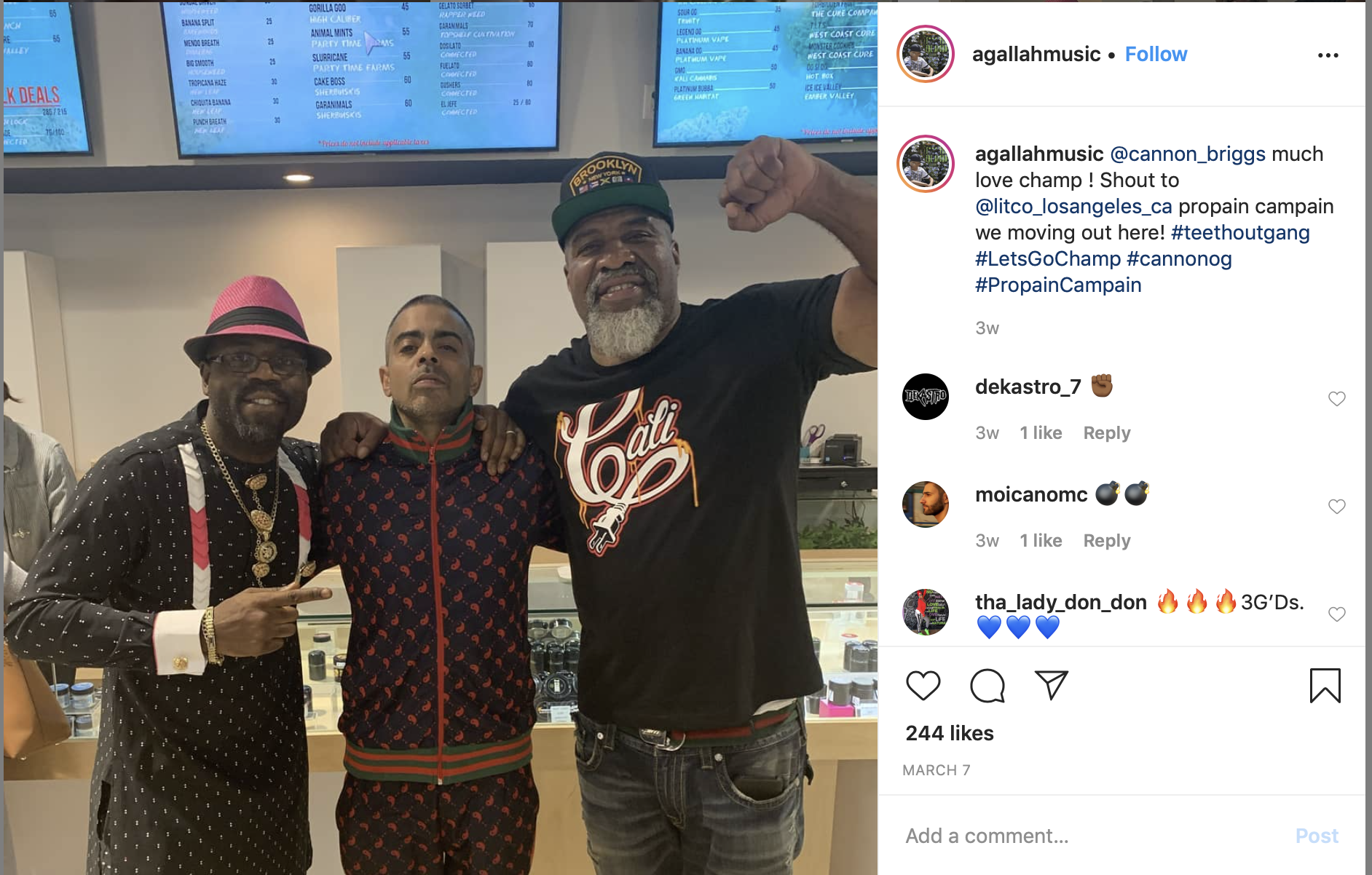