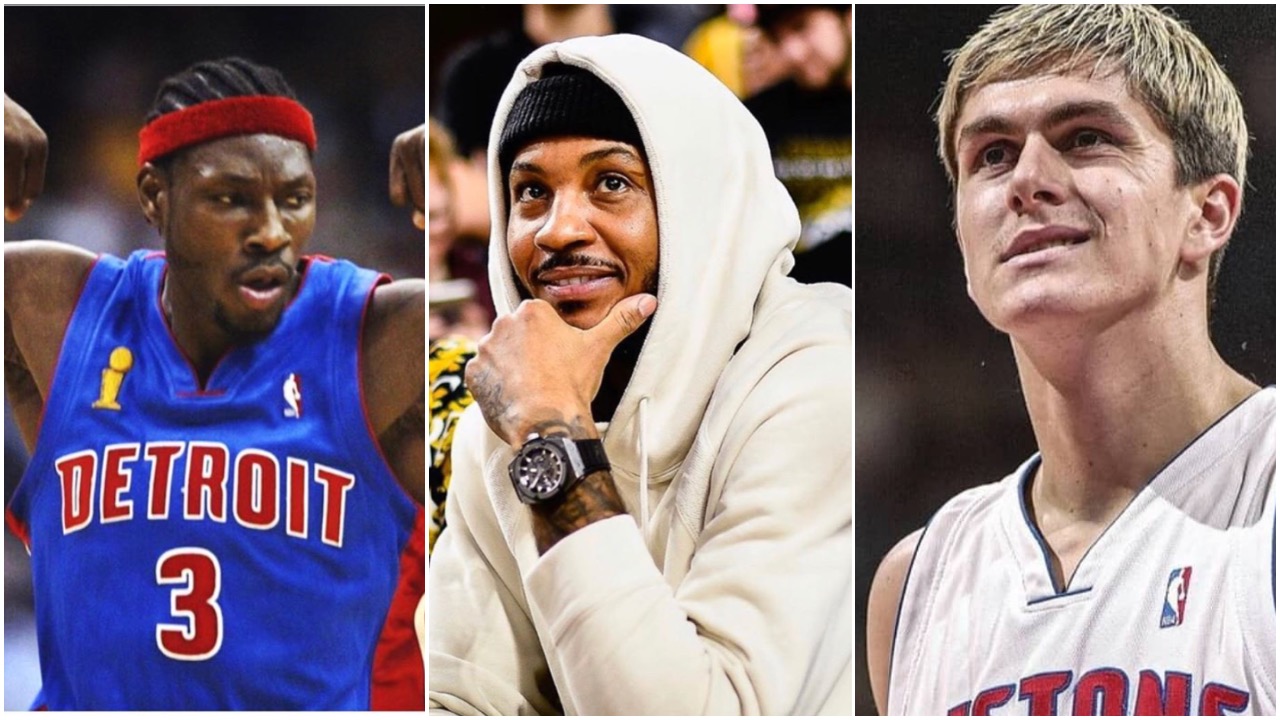 Ben Wallace has never been known to have hair on his tongue. The one-time Detroit Bad Boy states that had the Pistons drafted Carmelo Anthony over Darko Milicic in the legendary 2003 NBA draft then Detroit likely wouldn’t have won any NBA rings. You may recall, Milicic was drafted #2 in that draft by the Pistons. LeBron James was taken #1 in the draft by Cleveland, Anthony was taken #3 by Denver, Chris Bosh was taken #4 by Toronto and Wade was drafted #5 by Miami.

Although he has been very successful outside of basketball in his native Serbia while reinventing himself in the farming business, the Pistons were mocked for years over drafting Milicic at #2. While on a coronavirus-inspired Live feed dialogue recently Milicic came up in conversation between Anthony and Wade. Wade referenced Darko but Melo couldn’t remember who he was at first and responded with “Who?” Melo went on to state during the same convo with Wade that had the Pistons drafted him he would’ve had “maybe 2 or 3 rings…”

Ben Wallace doesn’t think so. In an interview with the 120 Watts Podcast, Wallace states, “If we would’ve drafted Carmelo, I honestly don’t think we would have ever won a championship…Melo would have wanted to play right away. It would have had the potential to disrupt the team chemistry.”

DWade says he didn’t know about Darko before the draft

Melo says he probably would’ve had 2 or 3 rings if he got drafted by Detroit pic.twitter.com/ayPPcy76P1