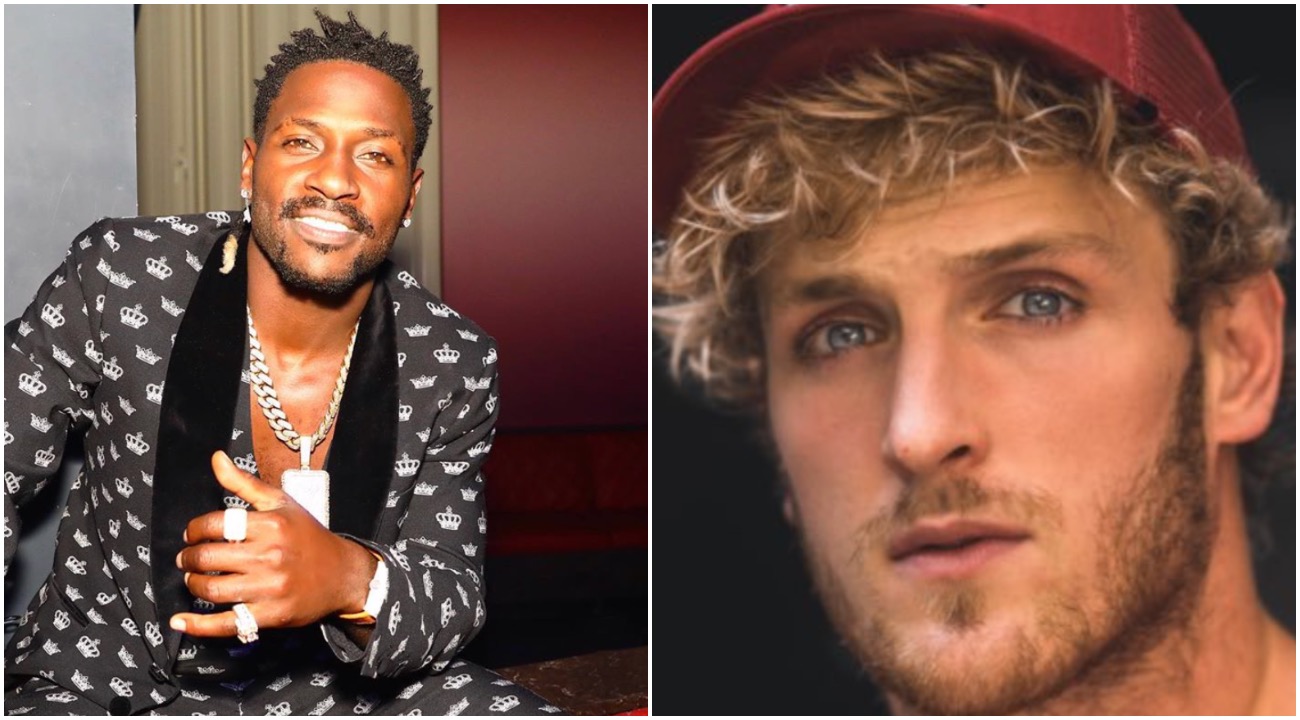 Ever since Antonio Brown stepped away, technically as a free-agent, from the NFL this season, he’s done an amazing job of remaining relevant in the public eye. In all reality he’s brand equity seems to have skyrocketed since the last time he suited up for a football game. Regardless of the criticisms that have been leveled at him by the media and fans alike AB has continued to persevere in pursuing his ambitions outside the football namely by making himself vulnerable to all the haterz who want to troll him.

This vulnerability led to AB dropping the recent rap video, Whole Lotta Ass (which was first titled Whole Lotta Money). The track may not be the most bar-heavy but should be good for club spins.

Brown has now called out popular YouTuber Logan Paul to “square up.”

It didn’t take long before the Cleveland-bred YouTuber shot back with a harsh response.

i’d drop you faster than the patriots https://t.co/Vv592JRkxk

Odd makers are already chiming in.