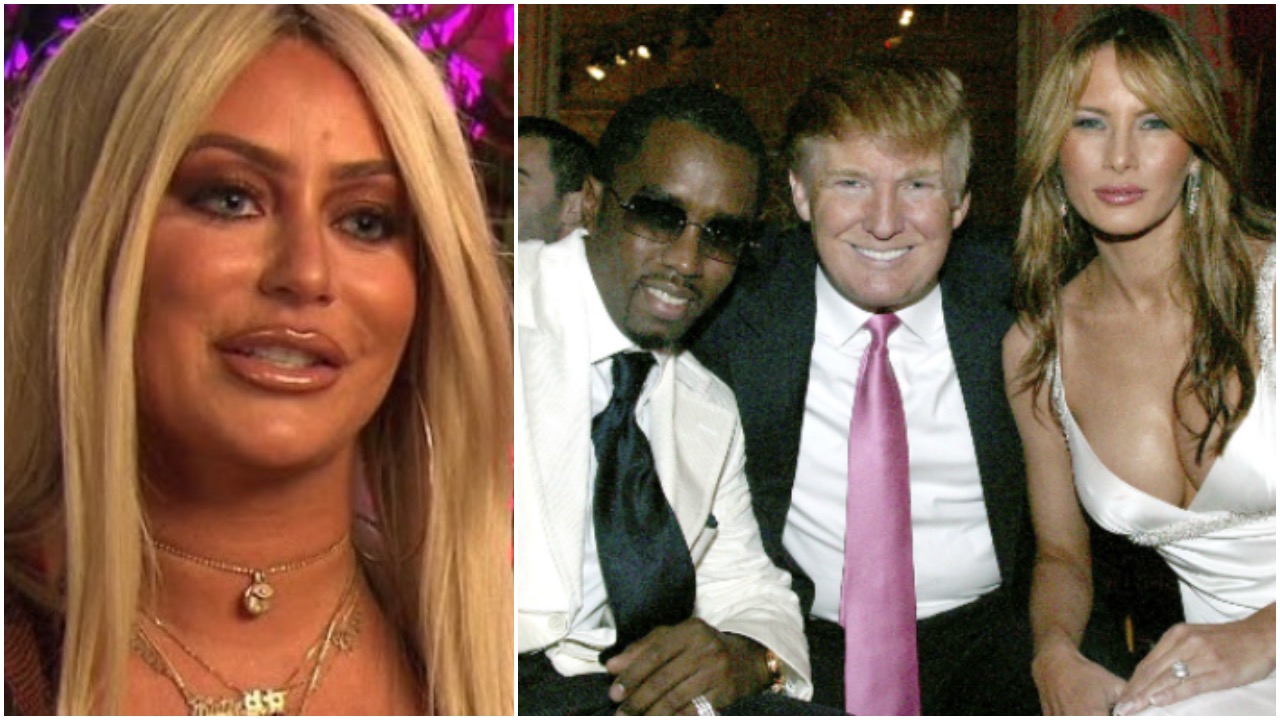 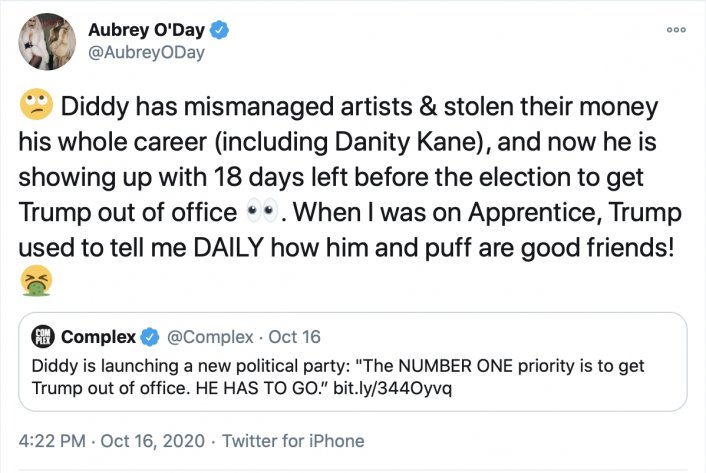 Danity Kane’s Aubrey O’Day is the latest one-time Bad Boy Records artist to accuse Diddy of shady business practices. The singer responded on Twitter to news that the Bad Boy CEO is launching a new political party named “Our Black Party” which in part is aimed at helping remove President Trump from office.

Aubrey started out by claiming that Diddy “has mismanaged artists & stolen their money his whole career (including Danity Kane).” She then went on to address Diddy’s new political plans, writing, “Now he is showing up with 18 days left before the election to get Trump out of office. When I was on Apprentice, Trump used to tell me DAILY how him and puff are good friends!”

While discussing the upcoming 2020 Presidential election with Charlamagne, Diddy asserted, “White men like Trump need to be banished. That way of thinking is real dangerous. This man literally threatened the lives of us and our families about going to vote.”

The Revolt TV founder also added,  “That’s why this message is not just to Black people. I’m saying this message to everybody, this man is really trying to turn us against each other and puts us in a situation … America messed up. The tribe of people that have the responsibility and really should be scared to death of this man is White people.”