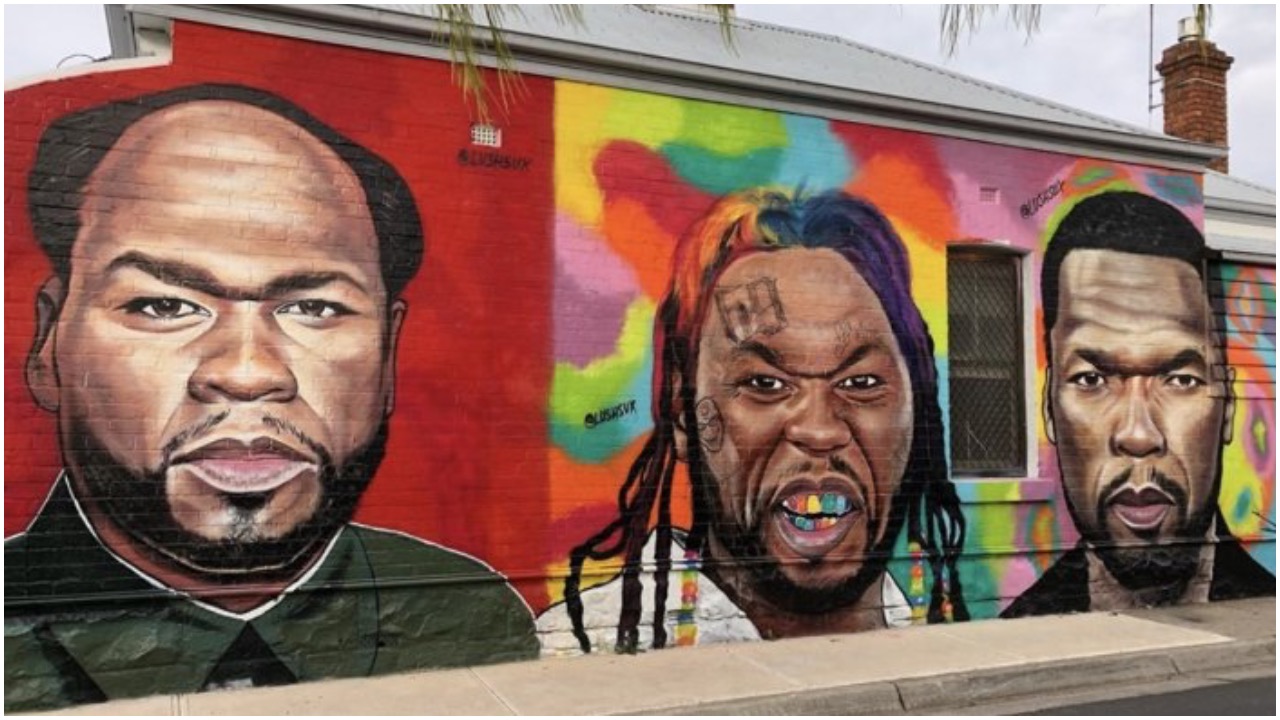 Lushux has been gaining massive attention for his murals of 50 Cent depicted as various public figures, including snitch rapper Tekashi 6ix9ine, Taylor Swift, President Donald Trump, former Chinese Chairman Mao Zedong and others. 50 has been an outspoken critic of the murals and recently told his social media followers that the Australian graffiti artist  “needs a ass whoopin bad.”

However, most people assumed 50 was joking with many people even speculating that 50 Cent may be actually supporting Lushux in his tag work.

Lushux is now claiming that he has been assaulted over his work, writing on Instagram, “50 seems to want some more walls? Unfortunately some 6 or 7 smoothebrains at one time on the street already put me in hospital already this month because of this sh*t. I dont like to bring up all the bad stuff I have to deal with just to paint some ha ha funny you laugh now images on walls but I guess now is a chance. “

“I constantly have to unwillingly fight people ( among other insane sh*t you would not believe even if I told you ) on the street who for whatever cooked reason seem to feel the need to come up to me at a wall and start trouble. It’s tiresome, but it will not ever stop me doing what 99.8% of what everyone else seems to for the most part get a hearty chuckle out of, because they aren’t sociopathic pieces of sh*t.” 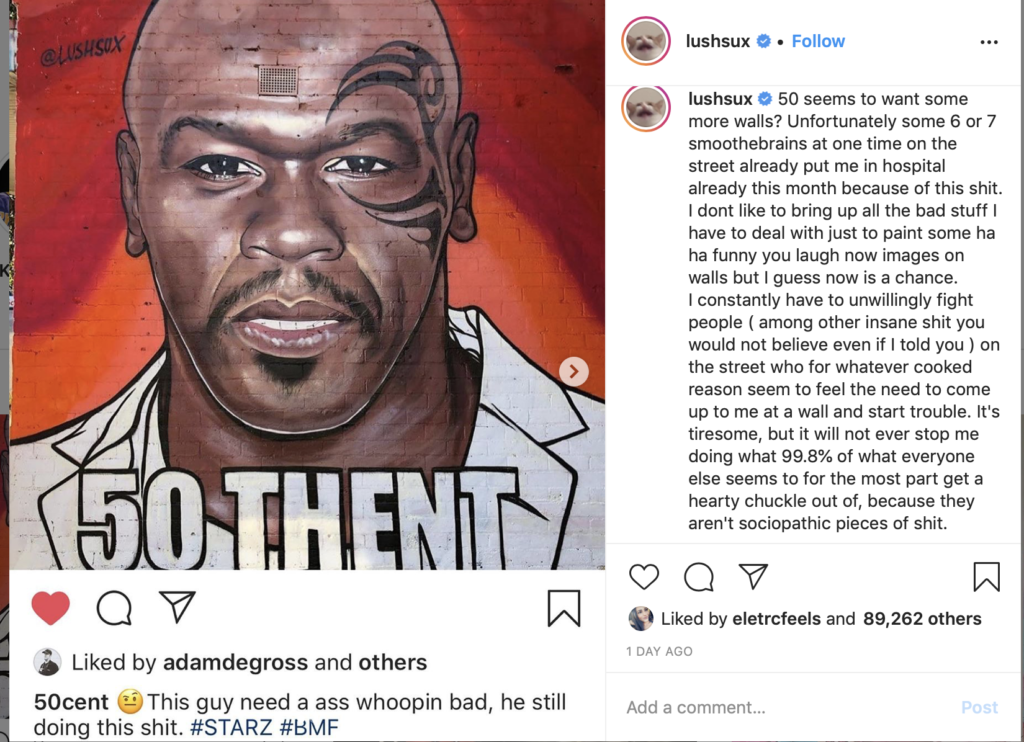 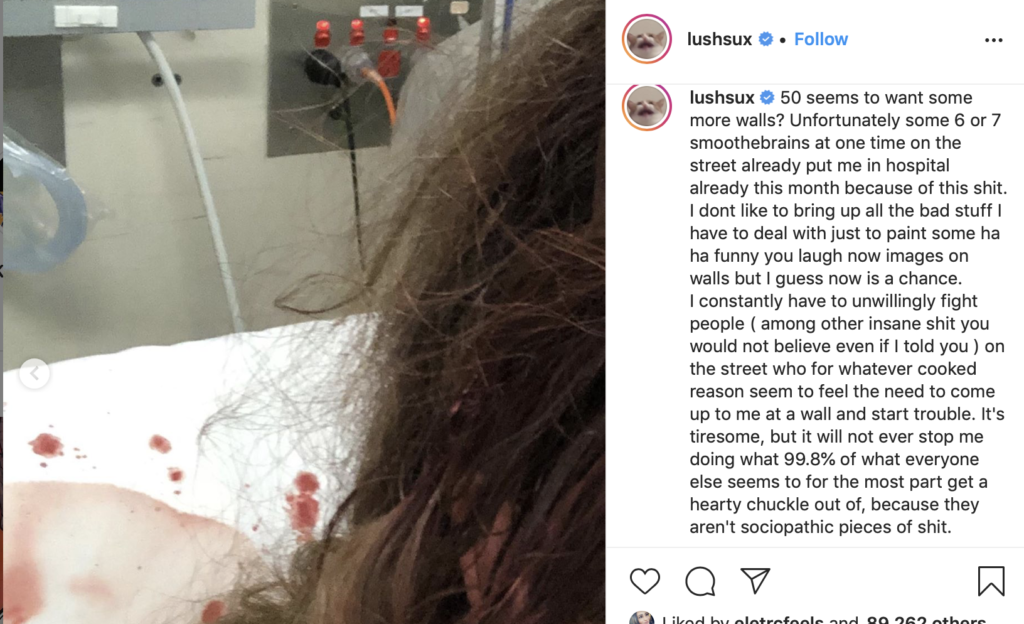