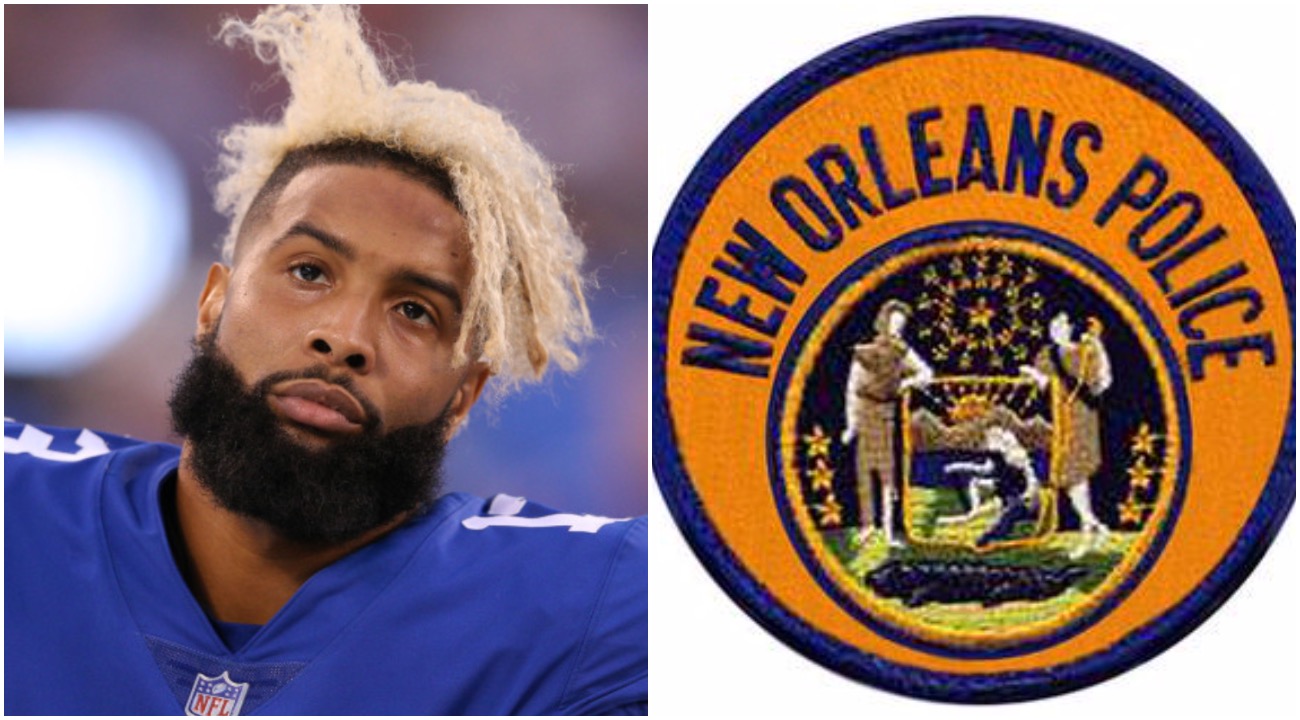 An arrest warrant was issued by the New Orleans Police Department this morning (1/16) following a video which surfaced on Instagram showcasing Odell Beckham Jr. smacking the ass of a police officer while inside the LSU Tigers locker room with the football team during the National Championship this past Monday (1/13). Beckham, a star NFL wide received who currently plays for the Cleveland Browns, was born in Baton Rouge and spent many years growing up in New Orleans. In addition, he attended college at LSU. He’s as well connected to LSU football as anyone possibly can be and hence his emotion was on display in the viral video.

In the footage, the police officer is seen antagonizing LSU right guard Damien Lewis after the Tigers rallied to beat Clemson for the national championship, which happened to be hosted in New Orleans at the Mercedes Benz Superdome this year. Towards the end of the video OBJ seems to mockingly smack the cop on his ass.

Players from LSU’s football team were smoking celebratory cigars and the cop reportedly instructed the players that anyone caught smoking was subject to arrest. AL.com, however, reports that a different officer advised LSU’s football team that it was okay to smoke in the locker room.

The Cleveland Browns issued the following statement on the matter.

Catch the clip below.