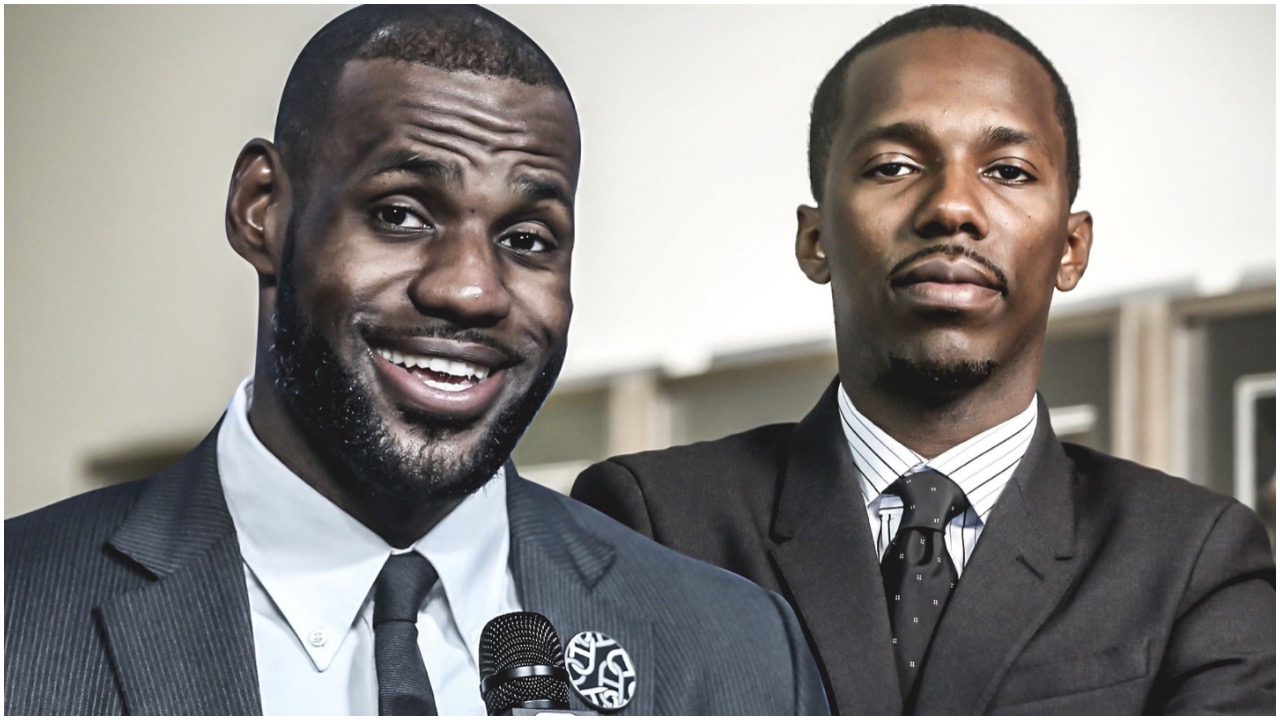 The sports agency world is very lucrative. In simple terms, the sports agent plays the negotiating middle-man role between the athlete and the sports franchise. Some sports agents become incredibly tight with the player they legally represent, such as Michael Jordan’s career-long agent David Falk or KD’s agent Rich Kleiman. Durant once described his relationship with Kleiman as “brotherly.” Indeed, KD & Kleiman’s relationship extends much further than negotiating basketball contracts. The two men are business partners in multiple ventures.

Perhaps no athlete-agent relationship has ever, in the history of professional sports, been tighter than that of Lebron James and Klutch Sports Group founder Rich Paul. Klutch Sports Group is based in Cleveland, Ohio which is Rich Paul’s hometown. Paul and LeBron met back in 2002 at the Akron–Canton Airport (Akron airport is roughly 40 miles from Cleveland city limits).  Bron Bron was still in high school at the time. The two young men exchanged contact info and shortly thereafter a young Rich Paul would sell two throwback jerseys (Magic Johnson Lakers & Joe Namath Rams) to LeBron and the rest is history. The two men would go on to form a brotherhood built on solid business principles. Lebron James fired his agent after his rookie season in the NBA and hired Rich Paul. Presumably, Bron Bron learned the business in that first season. Since Paul took over the two men continue to rewrite history with venture after venture ranging from fast-food establishments (Blaze Pizza) to their entertainment company, SpringHill Entertainment. In 2015 SpringHill announced a partnership with Warner Bros. to remake the classic film Space Jam (see here).

During a recent survey being conducted by Ben Standig and Mike Vorkunov for media outlet The Athletic on who the best NBA player of All-Time is,  one anonymous agent had a different idea. This anonymous agent decided to rant, and complain,  about Klutch Sports dominating position in the world of professional basketball. Many people criticized Roc Nation Sports when Jay-Z and his business partners opted to extend their influence into the professional sports universe also.

The worst thing that LeBron is doing is forcing this power with Rich Paul and what that is, in terms of, he’s a player, but he has prowess in the media space. His company Spring Hill, that’s awesome. Doing the movies and all of the projects. That’s so commendable. I love that. But now that they’ve jumped into the agent game, which the reality is, it’s illegal for a player, particularly if you’re in the state of California, to be licensed to represent talent.

Now I know it’s this façade that it’s Rich Paul, but it’s really LeBron who recruits for Rich Paul. So it’s almost like they’re trying to control AAU at the NBA level. This is my AAU team and they’ve carried that to the highest level. And because of his power and his prowess, people, the young players are seduced by LeBron James in the same way people were seduced by Michael Jordan with David Falk. He went from having Michael Jordan and a few other players, to getting the top players in the NBA, because of the Jordan factor. Rob Pelinka had tremendous success as an independent agent because he had Kobe Bryant and the players idolized him. So, the fact that LeBron recruits and has empowered Rich Paul, and I get it, on the top guys, but if someone does their research, a lot of these guys have really gotten screwed, a large number of them, by mismanagement.

The agent went on to say that the player’s union should assume responsibility for this and that Klutch Sports has caused “at least five or six casualties.” There’s no proof that LeBron is actually running the agency with Paul and as the agent said, it would be illegal in California.

The rant continued, “They’ve been able to leverage KCP (Kentavious Caldwell-Pope ) two or three years in a row because they have the power and they’re forcing it down their throat,…Nerlens Noel. There are four or five of them that have suffered millions of dollars from mismanagement but nobody has the courage to support it, because all the media wants access to LeBron. They want access to AD.”

That’s the only disappointment is LeBron has leveraged his popularity with young players for seducing them for Klutch and it’s not serving all the players well. But for the players that are suffering, there’s no repercussions. Nobody is criticizing what they’re doing. And you have to call out the union. They should be meeting with Rich Paul, saying, ‘What happened here? What happened here? They represent all the players. They all pay the same amount for dues. If Rich Paul were a lawyer, he’d be disbarred five times. But because LeBron is so powerful, there is no accountability. And that’s the only bad part with LeBron. Everything else is great. It’s commendable. It’s progressive. I love it. The part that he’s pushed Rich Paul in this position and these naïve basketball players, that’s pretty egregiously irresponsible.

At the end of the day, business has always been about leverage. One can’t criticize Rich Paul for leveraging his top agent’s (LBJ) clout. Haters are gonna hate.  Whatever the reason Cleveland-based Klutch Sports will be a mainstay for years to come.