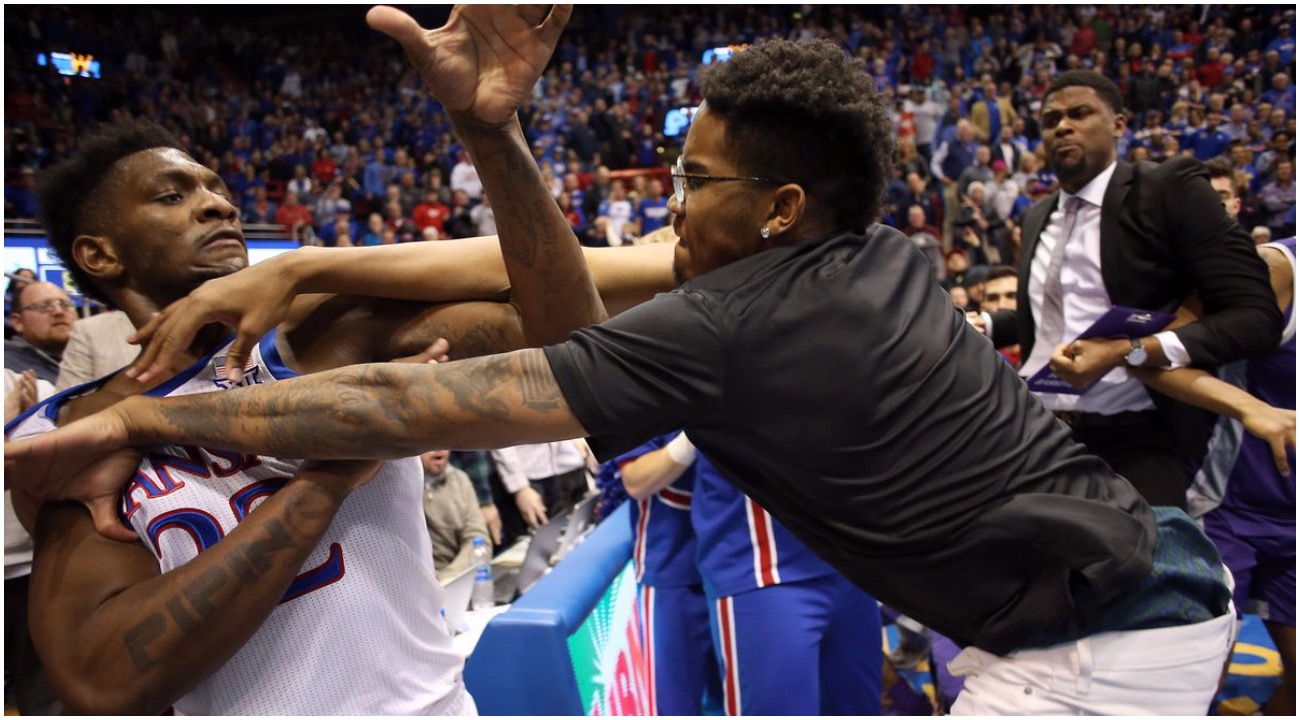 If you’re a college athletics fan then you know fights rarely break out. This is because college students are heavily regulated by the NCAA in ways that professionals can’t be regulated (professional athletes are employees, not student athletes). So it was surprising to see an all-out brawl break out between Kansas Jayhawks-Kansas State Wildcats at the end of their rivalry game yesterday (1/21) which reached into the stands at the Allen Fieldhouse.

A brief context of what transpired goes as follows. As we pointed out, the two teams are in-state rivals and Kansas was blowing out Kansas State. In the closing moments of the game, a Kansas St. player stole the ball and attempted to close out the game with a lay-up before being chased down and had his shot blocked. However, a Kansas player took the last second steal and attempted lay up personal and the two sides got physical before the brawl broke out. Follow the updates below.

University of Kansas coach Bill Self addressed the incident shortly following the brawl.

Bill Self says, “I know we were in the wrong” in terms of the KU-KSU melee. “That was an embarrassment in our part for the role that we played in it.” Self says there will be consequences he’s handing down tomorrow.

Benches emptied at the end of the Kansas State-Kansas game. pic.twitter.com/zWv46h3RJC

A fight broke out to close out the Sunflower Showdown. Punches were flying, and Silvio De Sousa is seen picking up a chair. pic.twitter.com/4eQD4Jsd4A