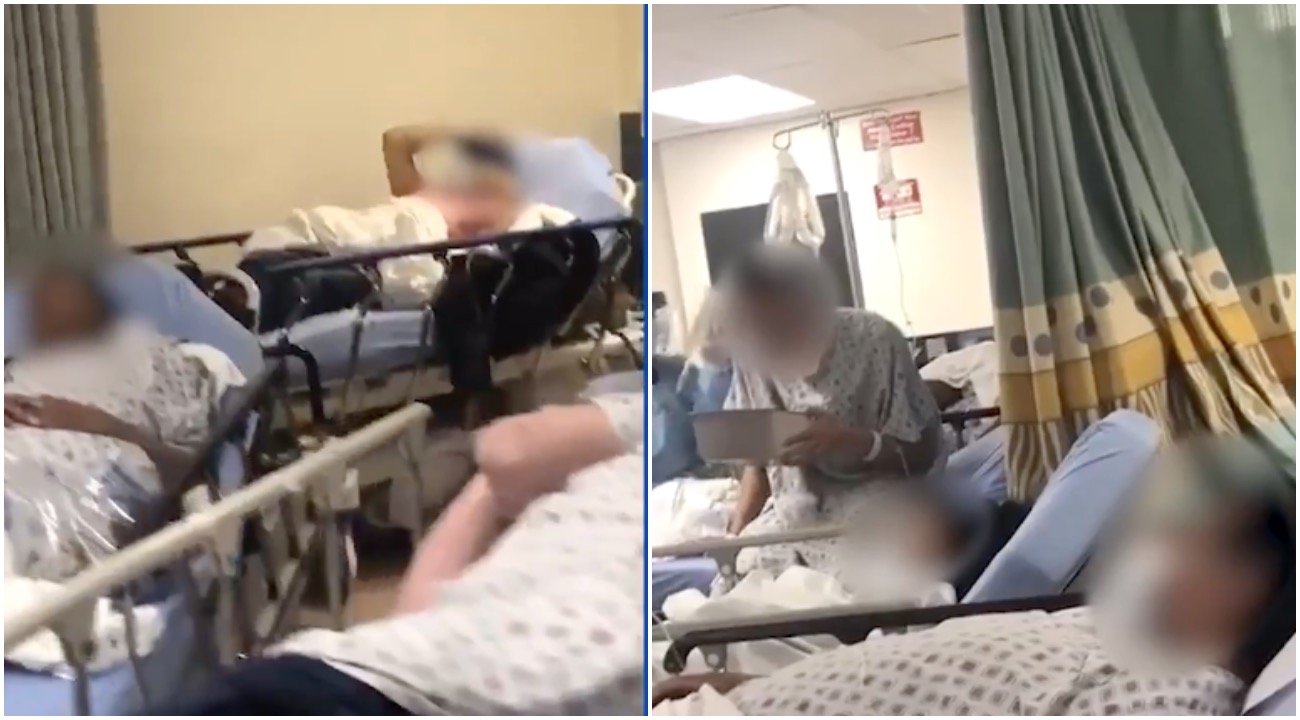 The Jamaica Hospital Medical Center in Queens borough, New York City, was captured in a video to be stuffed with Coronavirus patients seeking medical treatment in a shocking new video. The emergency room of the hospital in question was filled with patients on gurneys, crammed side-by-side. Patients in the video can also be witnessed seated in chairs waiting to be assessed by a medical professional. At the beginning of the clip, a hospital employee can be heard asking, “Who is the sickest patient [who] needs to go up?”

“I don’t know,” responds another voice. The video is an illustration of how condensed and crowded hospitals have become since the COVID-19 “pandemic” escalated, particularly in the United States and even more specifically in New York. The clip was posted on Thursday by a Facebook user after an anonymous hospital worker had sent it to them. At the time it was posted, Queens was leading New York City as bearing the highest percentage of reported cases of coronavirus out of all five NYC boroughs, with 7,362 reported cases of infection. Out of the 4,720 patients hospitalized citywide, at least 850 were being treated in the ICU. In response to the video, a spokesman for the hospital simply said that the footage was “unauthorized.”

Catch the clip up top.