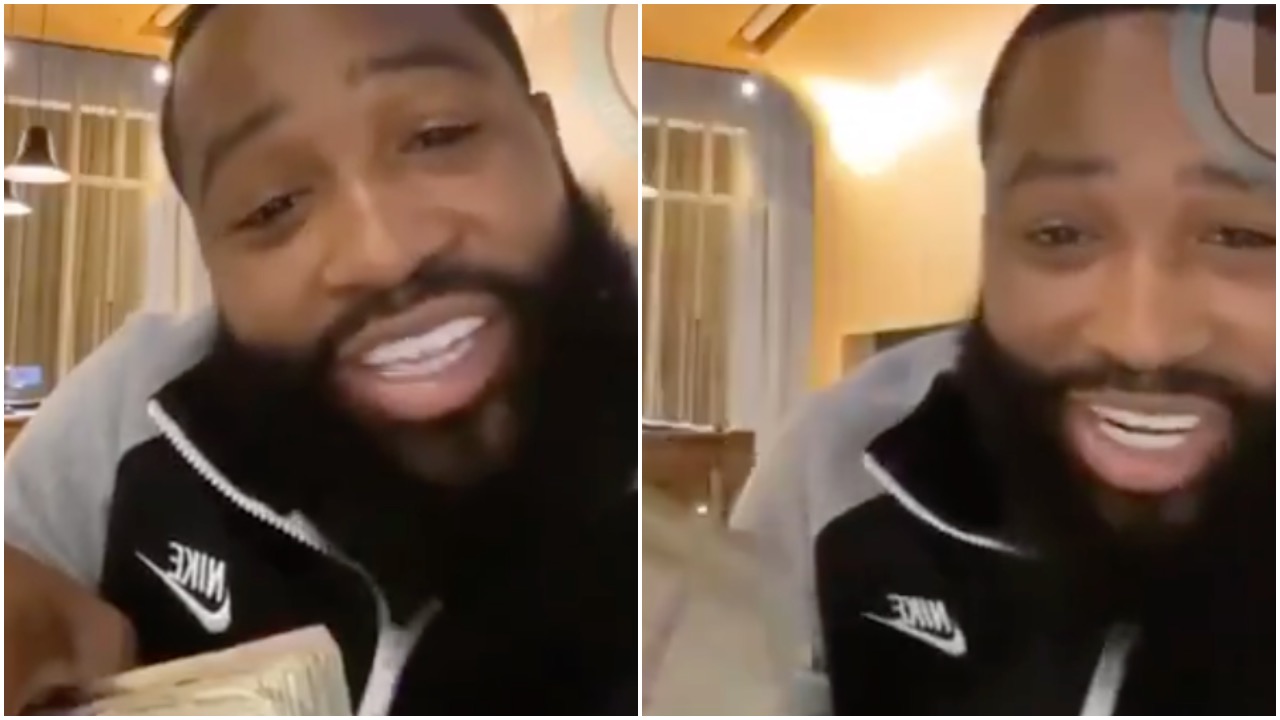 Following his short stay in a Cleveland jail after a judge found him in contempt of court, Adrien Broner took back to social media to flash a little cash. AB was accused of sexually assaulting a woman in a Cleveland nightclub during the 2018 NBA Finals and after the woman was awarded an $800,000 judgment against the boxer, Broner reportedly failed to pay up.

Broner instructed the court that he was broke, noting that he only has $13 cash to his name. Reports also indicated AB’s legal team didn’t turn over the proper paperwork to prove these claims, so when Broner returned to court, the judge wanted to know why he was flashing so much cash on social media.

Upon being released from the Cuyahoga County jail, Broner proceeded to shout out his “#richfriends” while seemingly captioning the post with sarcasm, “😂.” 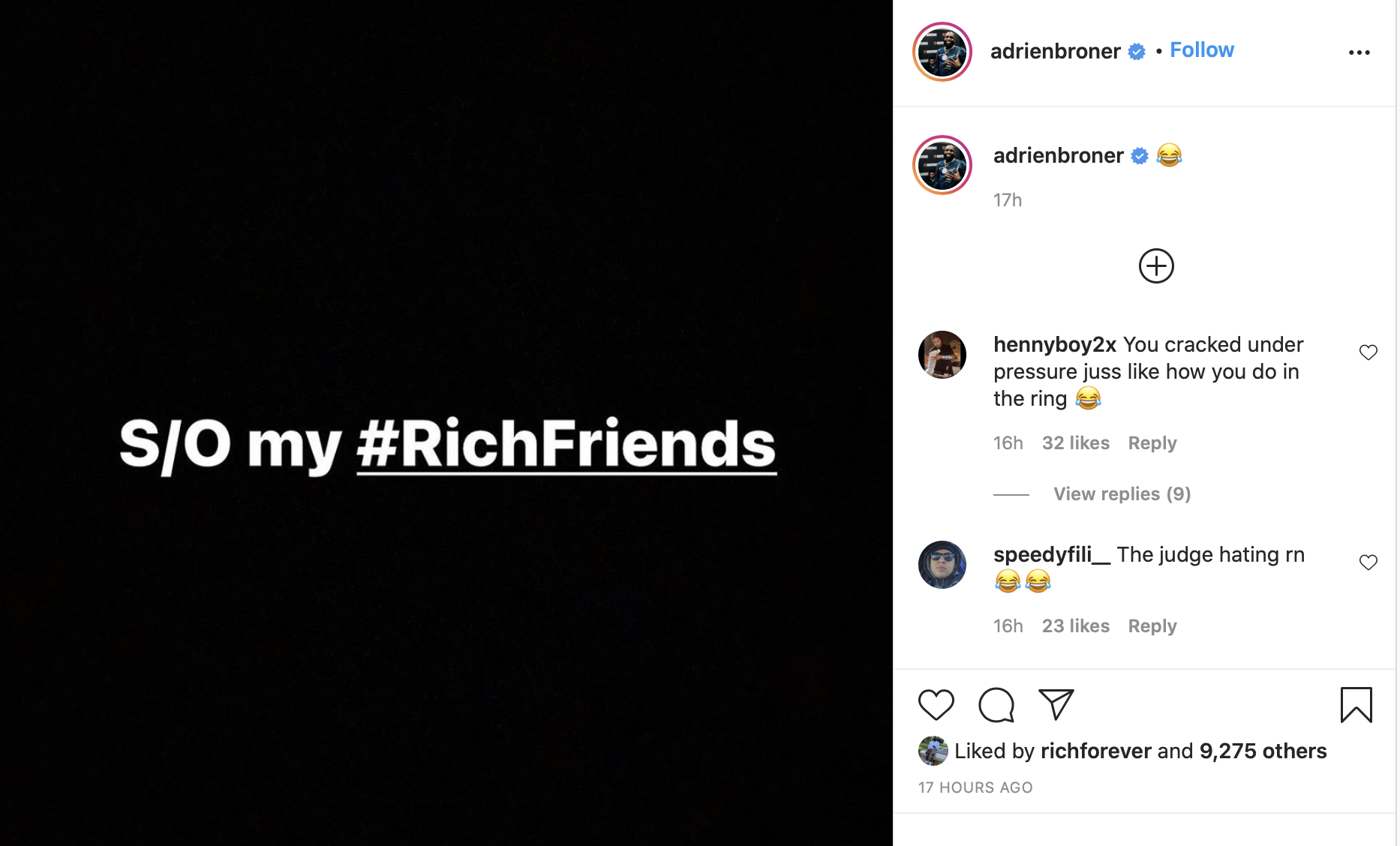 In jubilant fashion, AB then took to social media to showcase the generous love he claims his friends are showering him with. Find that clip below.