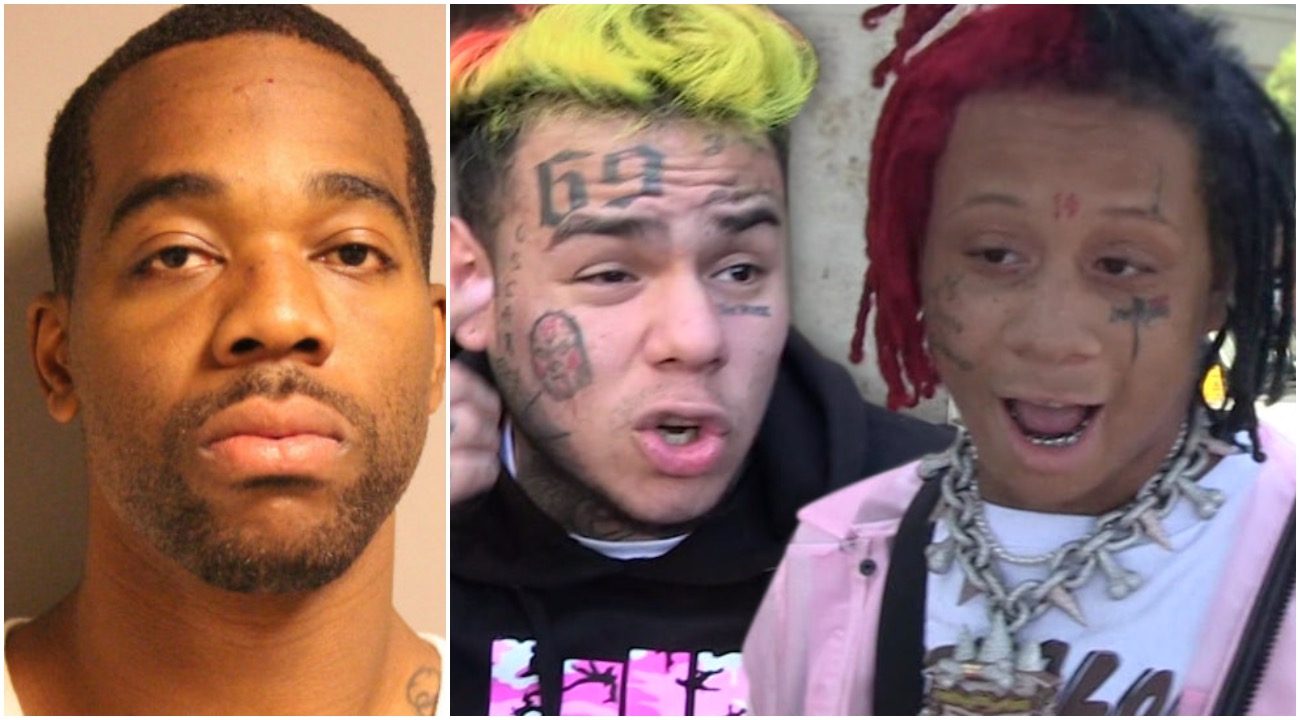 Reports surfaced noting that one of 6ix9ine’s (legal name: Daniel Hernandez) imprisoned kidnappers Harv (legal name: Anthony Ellison) has asked for a new trial. Previously, he was found guilty of kidnapping Tekashi. Harv has now filed paperwork to get the verdict overturned.

Harv requested the new trial because he and his legal team feel that the evidence presented was insufficient to prove his guilt and his attorney’s (Deveraux Cannick and Calvin Scholar) statement also pointed out the beef between 6ix9ine and Trippie Redd (legal name: Michael White IV), calling it a “publicity beef.”

The statement from Harv’s lawyers reads,

“During trial, the government elicited testimony that Mr. Ellison was first hired as security after coming to the defense of Mr. Hernandez during a staged publicity ‘beef’ between Hernandez and a rapper named Trippie Redd. The evidence was more than sufficient to establish that the ‘beef’ between Hernandez and Redd was a publicity stunt. The two rappers made songs about one another. Moreover, Redd’s own manager sent Redd’s location to Hernandez ostensibly so that there could be some type of staged confrontation… After coming to Hernandez’ defense at the staged publicity event, Mr. Ellison became Hernandez’ bodyguard and part of Hernandez’ entourage.”

Indeed, both 6ix9ine & Trippie Redd are signed to 10K Projects — which is run by Elliot Grainge, the son of Universal Music Group CEO Lucian Grainge.