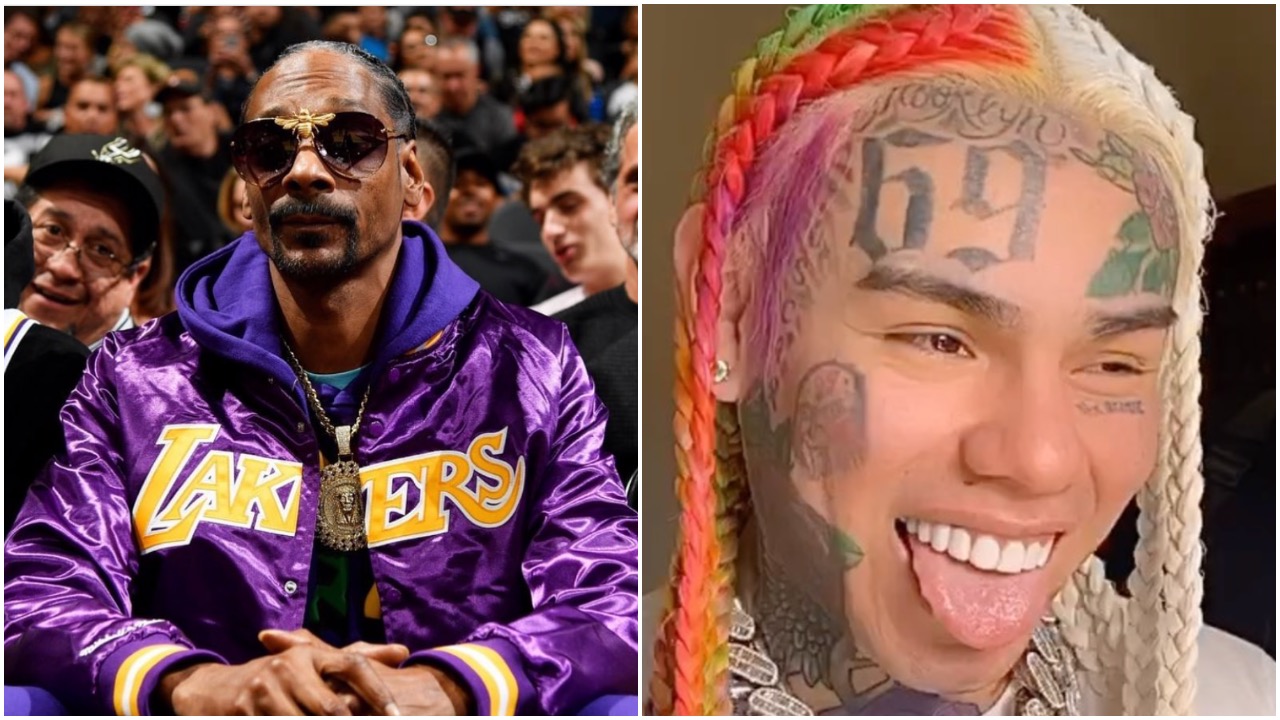 6ix9ine is desperate to fulfill is contractual obligations which consists of two albums; 1 in English and 1 in Spanish.  There’s no denying that he’s a global superstar however his superstar status comes at much heavier price since leaving prison on home release which is set to end this summer. The snitch rapper was exposed for paying police to remain parked in front of his Hampton’s home. The price of paid security will be a major cost on his operations for as long as he needs to troll in order to sell records creating a catch 22 scenario.

6ix9ine is now trolling Snoop Dogg suggesting that Snoop is a snitch. It’s important to point out that, in the following video, Suge Knight was probably being vindictive towards Snoop after the Long Beach rapper left Death Row Records. Unlike 6ix9ine, there is no proof of 6ix9ine snitching.

Snoop responded twice to 6ix9ine. Notice in the following post Snoop captioned the post with, “P. S. A. 🐀 🌈 👮‍♀️ 🚔 🗽. I got time ⏰”  and Tekashi responded in the comments by writing, “EXPLAIN YOUR PAPERWORKKKKK”  Find both the still-shot and video below. 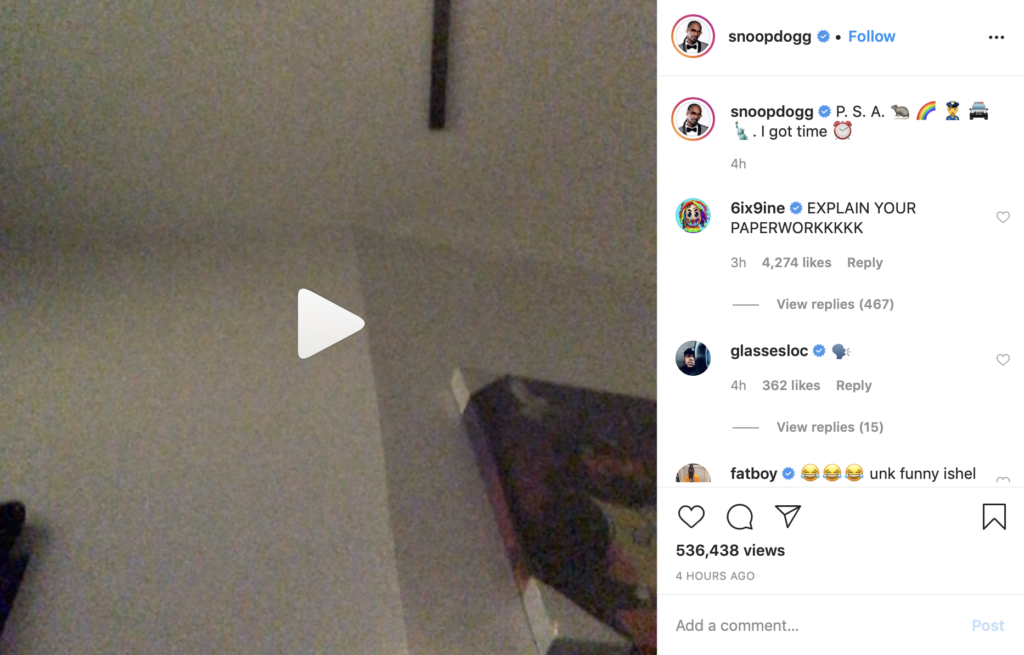 Then, Snoop Dogg took to clowin 6ix9ine but the certified snitch again responded in the comments. Snoop captioned the post by with, “I got time ⏰🌈🗽🎥 🐀. The tail of a rat. Comin soon from bitch9 I mean snitch9. I mean fuc it from cuZblood🤣” and 6ix9ine responded in the comments with, “This is only funny to the old heads everybody over 50 😂😂😂 Still hasn’t even denied the paperwork 😭😭 lEavE mE AloNe “you’re blowing my cover” 😂😂”

Find the still-shot and video below.