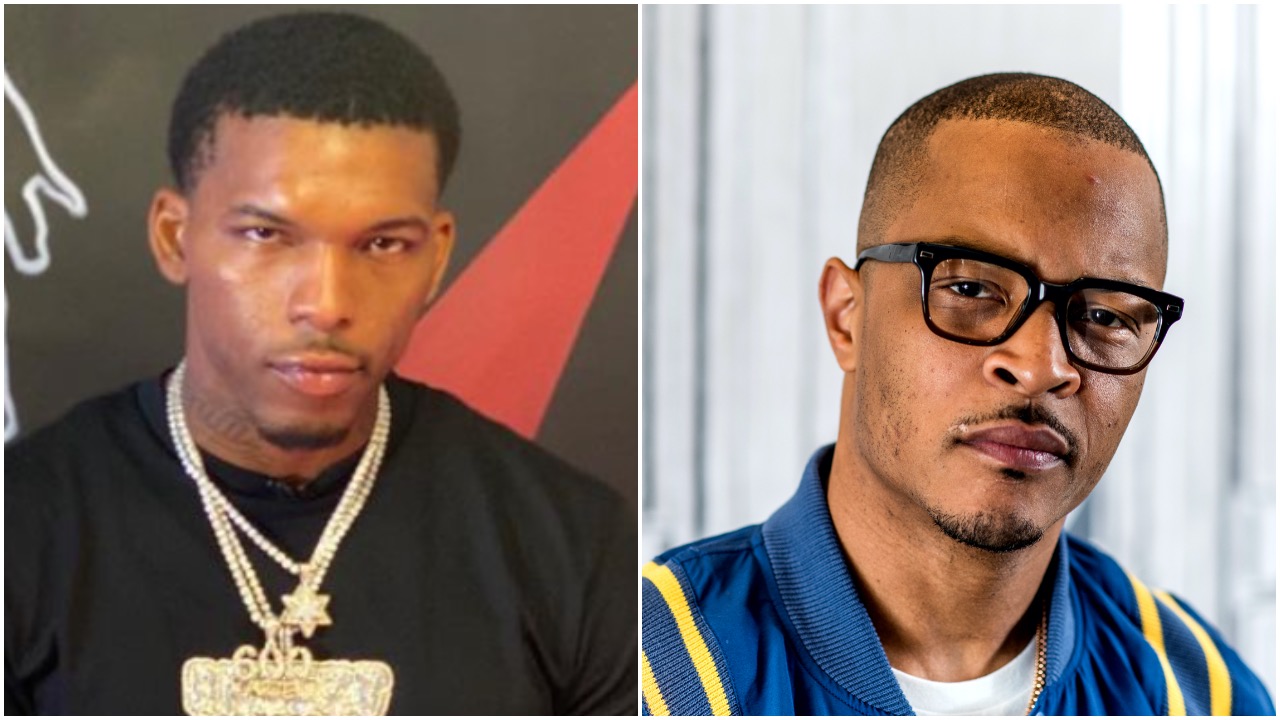 The issue with Chicago rapper 600 Breezy and T.I. stems from an IG post form Tip where the ATL-bred rapper basically advised out-of-town rappers to settle their beefs outside of Atlanta. The post went up only days after King Von was tragically killed earlier this month on 11/6/2020. Most people interpreted the post from T.I. to be addressing the King Von/ Quando Rondo situation, although Tip denied this and insisted he was speaking in general. 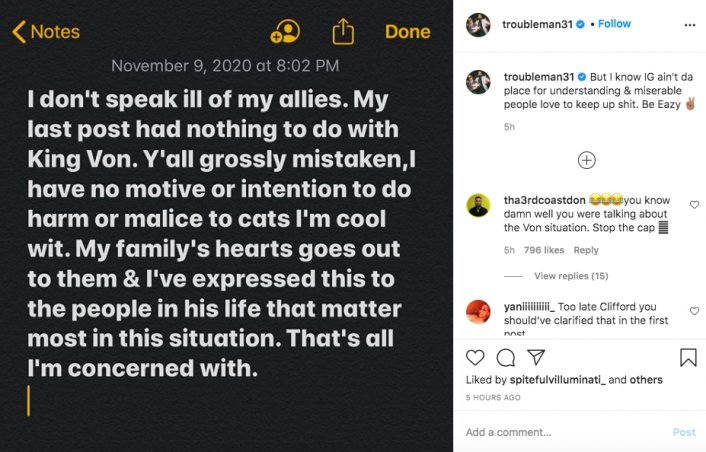 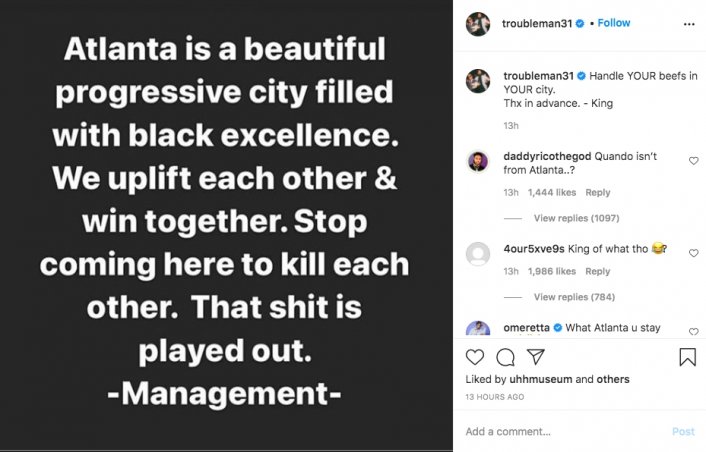 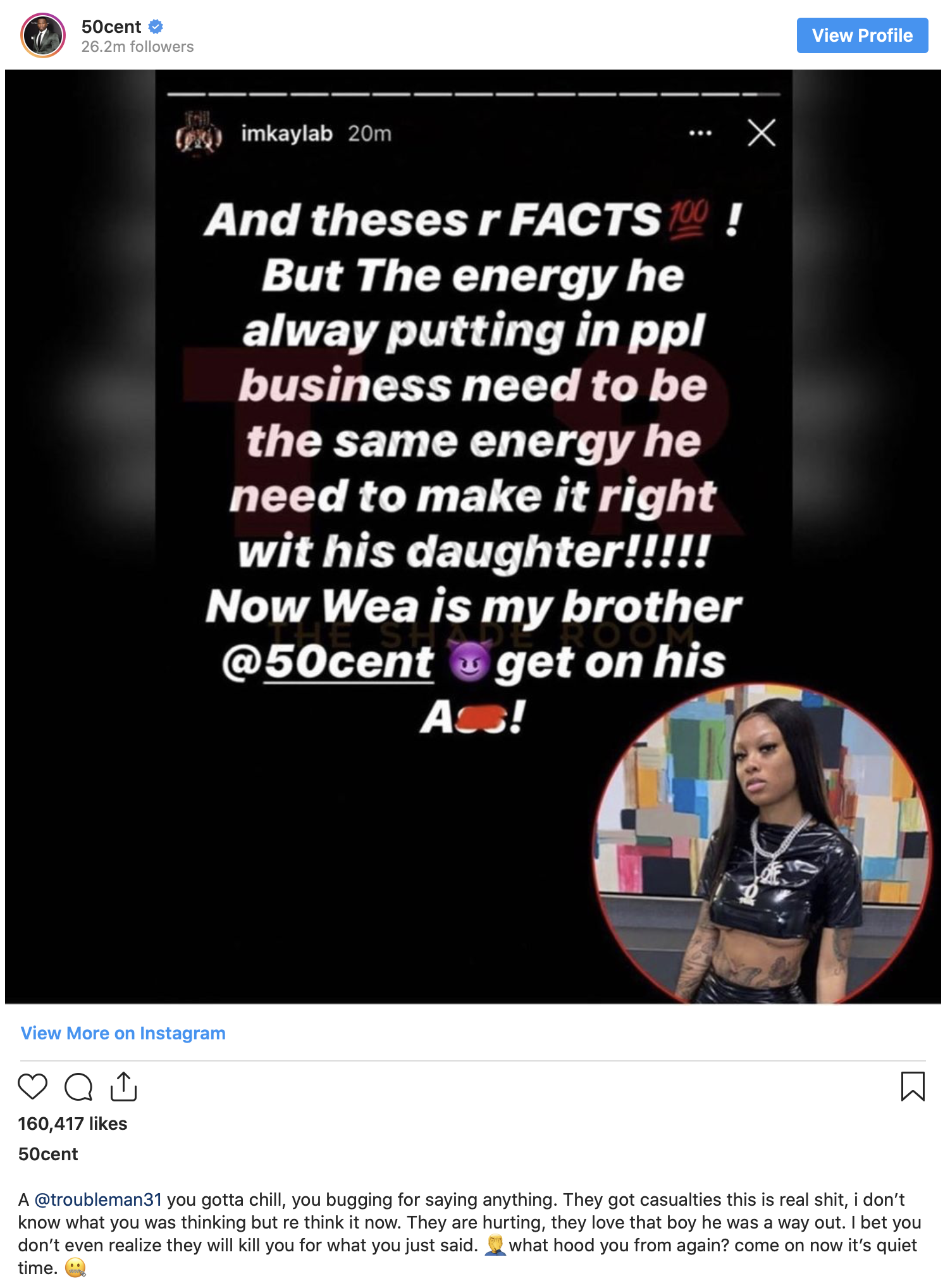 600 Breezy addressed T.I.’s public service announcement regarding the City of Atlanta by posting a snippet from a Gucci Mane song while addressing T.I.

A post shared by Level Up Hip Hop 📶⬆ (@leveluphiphop_)

During the recent Jeezy/ Guwop VERZUZ, Tip addressed 600 Breezy in the comments of the Live feed, noting,

“@600breezy heard you was sayin somn bout somn that will certainly be addressed properly later on. Let’s just enjoy this moment tho.”

The Chicago rapper has responded by stating, “Ni**a you f*cked the moment up, talm bout some damn certainly….. rashad be cool this ain’t yo daddy house ………… 😒” Rashad seems to be referring to T.I.’s role in the 2006 film ‘ATL.’ 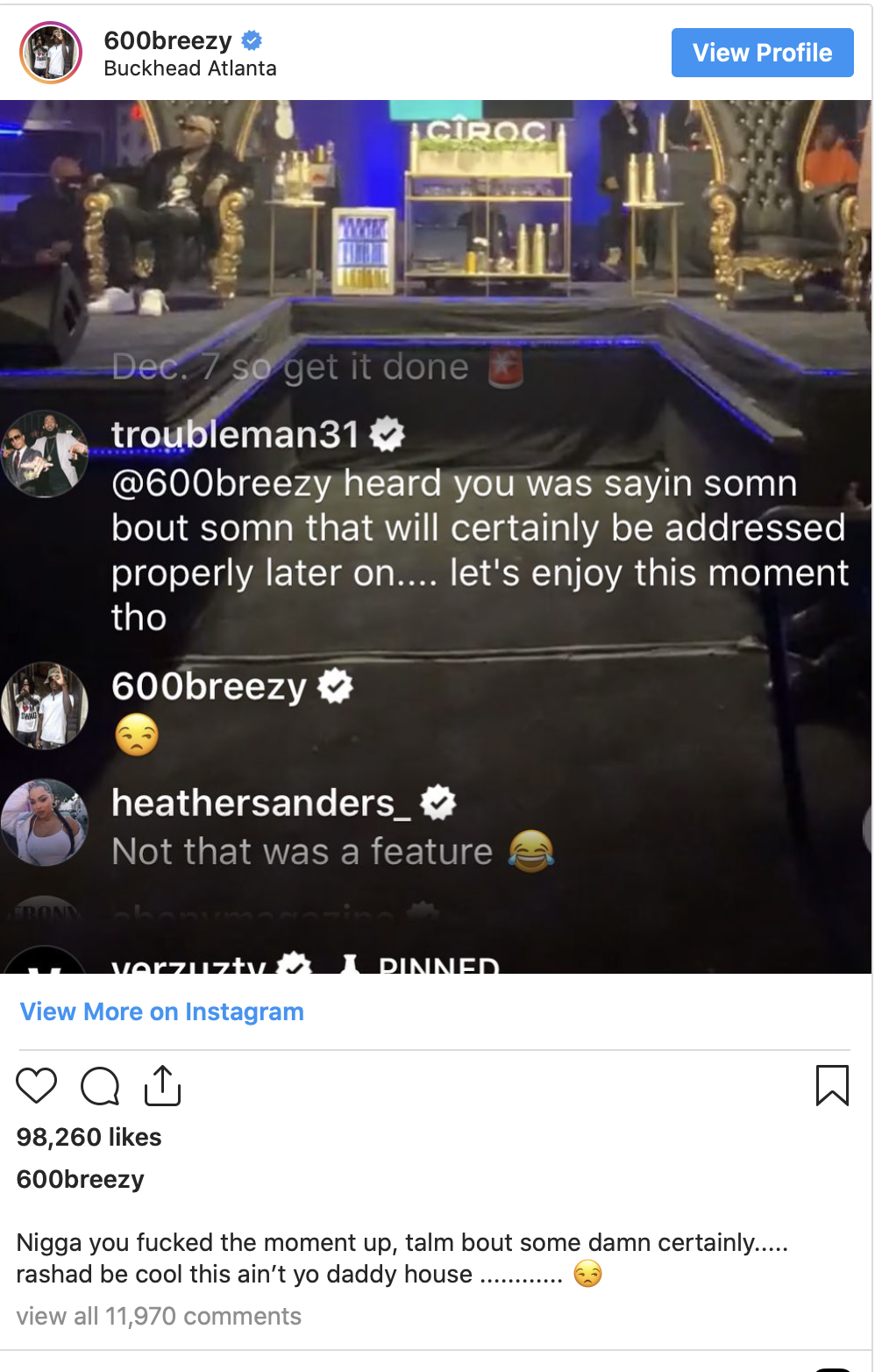 Ideally, the two men can move on from this as both of their statements were made during a very stressful time.