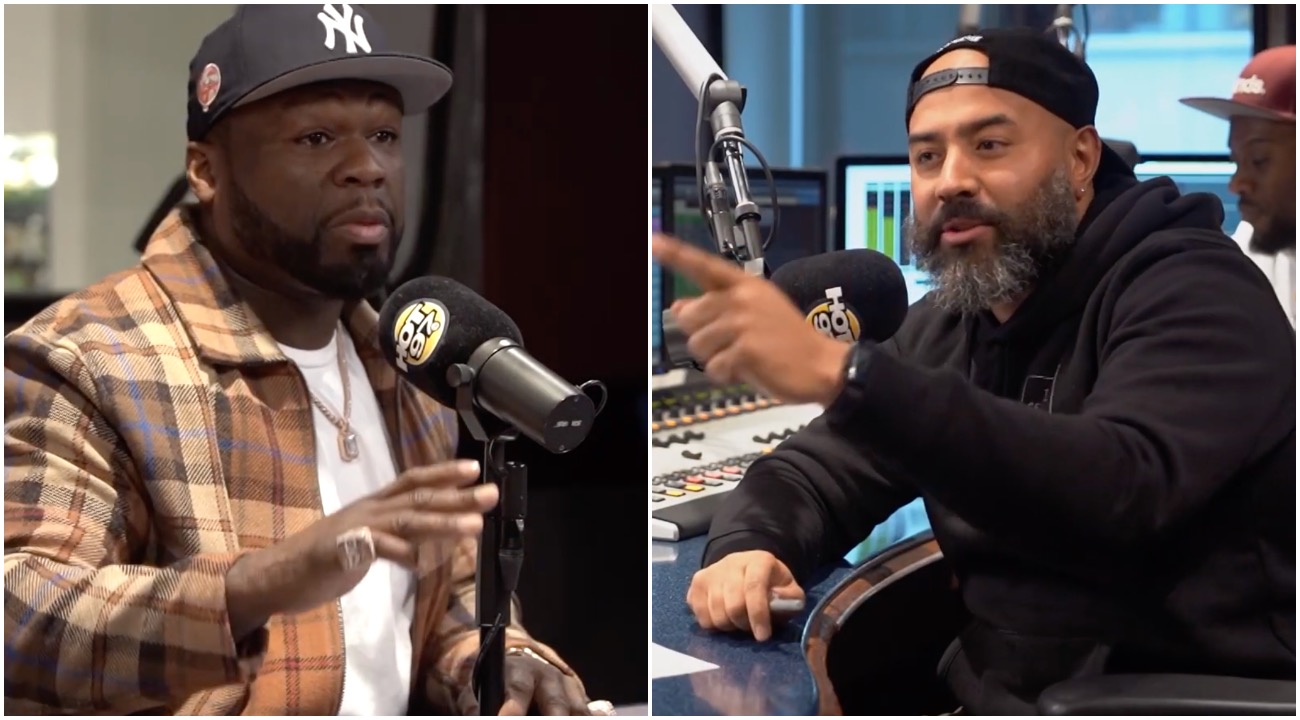 Allow us to give a brief background to the context of 50 Cent putting Hot 97’s main host ‘Old Man’ Ebro on blast over the demise of NYC Hip-Hop. Anywhere you go in the boroughs of New York City any real Hip-Hop Head will explain that Hot 97 shows little love to New York rappers, especially rappers with the traditional East Coast sound. This is in contrast to Hip-Hop radio in Atlanta which regularly showcases up and coming local talent in addition to big-name ATL artists. Ebro is considered by many as being a face for the nation’s largest Hip-Hop radio station but in reality is only there to do Hot 97’s bidding. 50 goes on to state that New York rappers are now forced to go to Atlanta in order to get airplay. This is true. The natural affect of this is that the East Coast sound in Hip-Hop has been steadily diluted over the 15 years.

Anyone seeking to better understand how Hot 97 has belittled and disrespected Hip-Hop culture over the years is encouraged to read Paul Porter’s book ‘Blackout.‘ Catch the brief clip with 50 and Ebro exchanging words below.