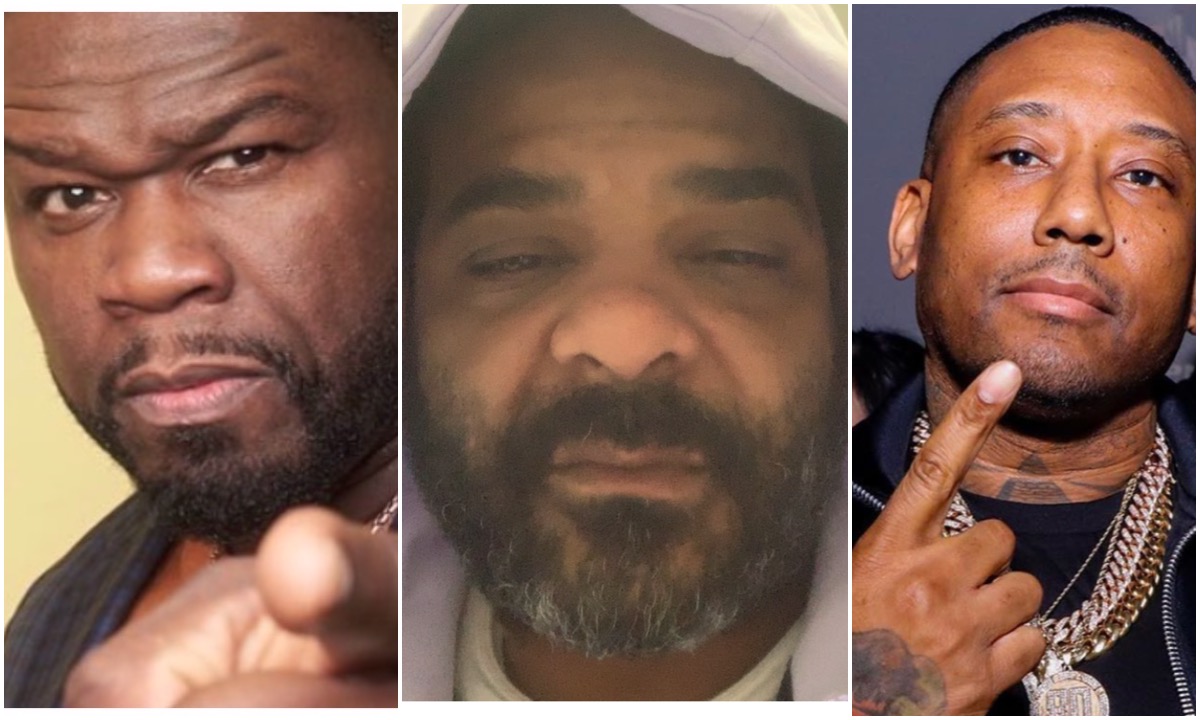 As we reported yesterday, bonafide cooperating government witness Tekashi 6ix9ine (legal name: Daniel Hernandez) has been granted a home release by the presiding judge in his case due to the ongoing Coronavirus “pandemic” after taking into account Tekashi’s issues with asthma (see here).

50 Cent took to social media afterwards basically called Jim Jones a “Confidential informant.” 50 Cent is referring to Mel Murda, a co-defendent of 6ix9ine in the trial last year who was sentenced to 11+ years in prison.

“👀😆Now individual 1 ya gonna have to tell everybody how you were on tape in court on the phone coaching Mel,to super duper violate shorty but the Feds never picked you up and the charges were Rico & conspiracy Confidential informant.”

The following tweet is from the court reporter who covered the 6ix9ine trial where Jim Jones was discussed as having talked about “[super] violating” Tekashi but never getting hit with RICO charges.

Judge Engelmayer: What do you think led to Mr. Hernandez distancing himself from the gang?
AUSA: There was among other things Mr Hernandez' relationship with his girlfriend… There was Jim Jones talking about [super] violating Mr. Hernandez… 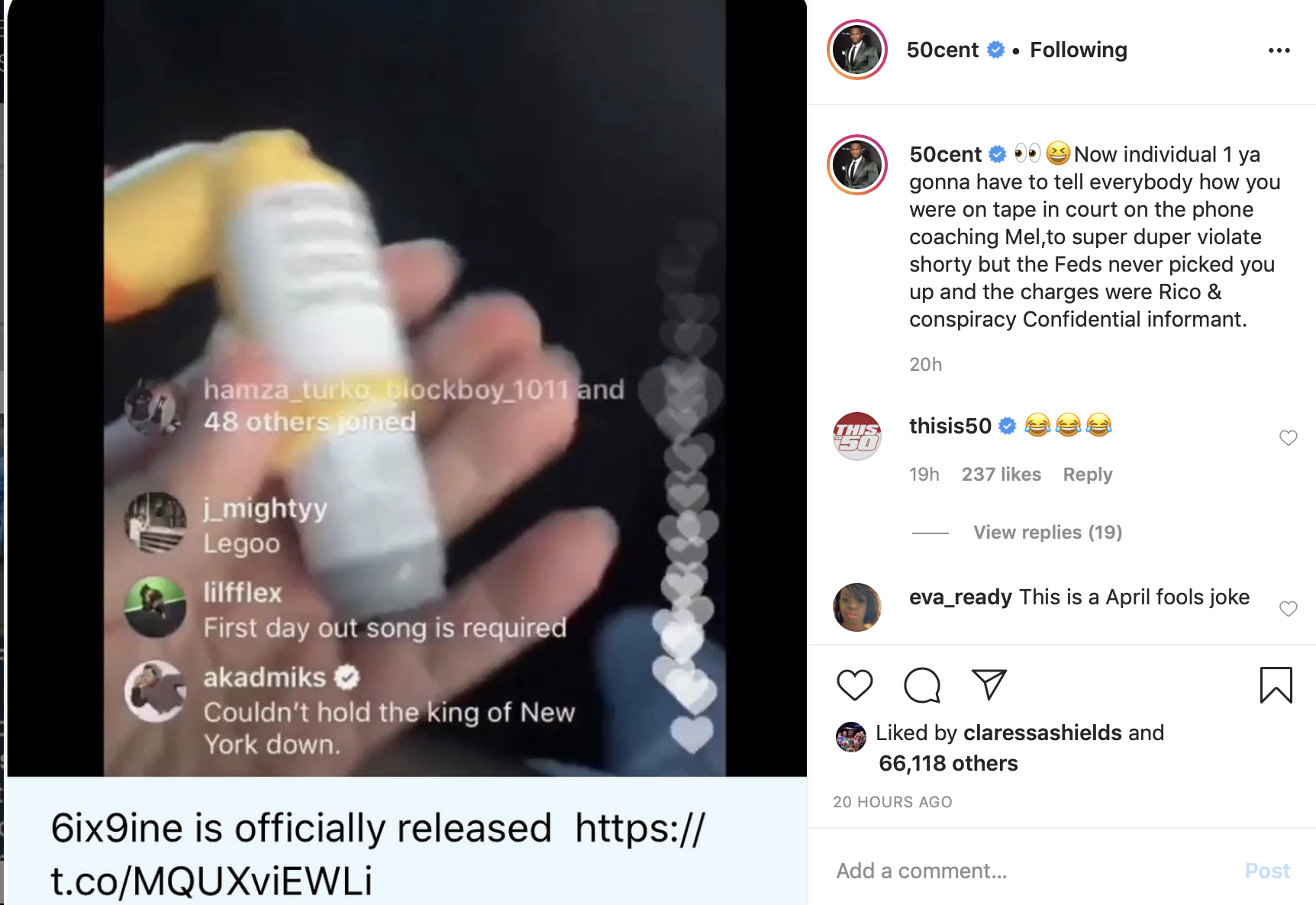 Jim Jones responded with a post of a recent prison photo of Mel Murda with the following caption, 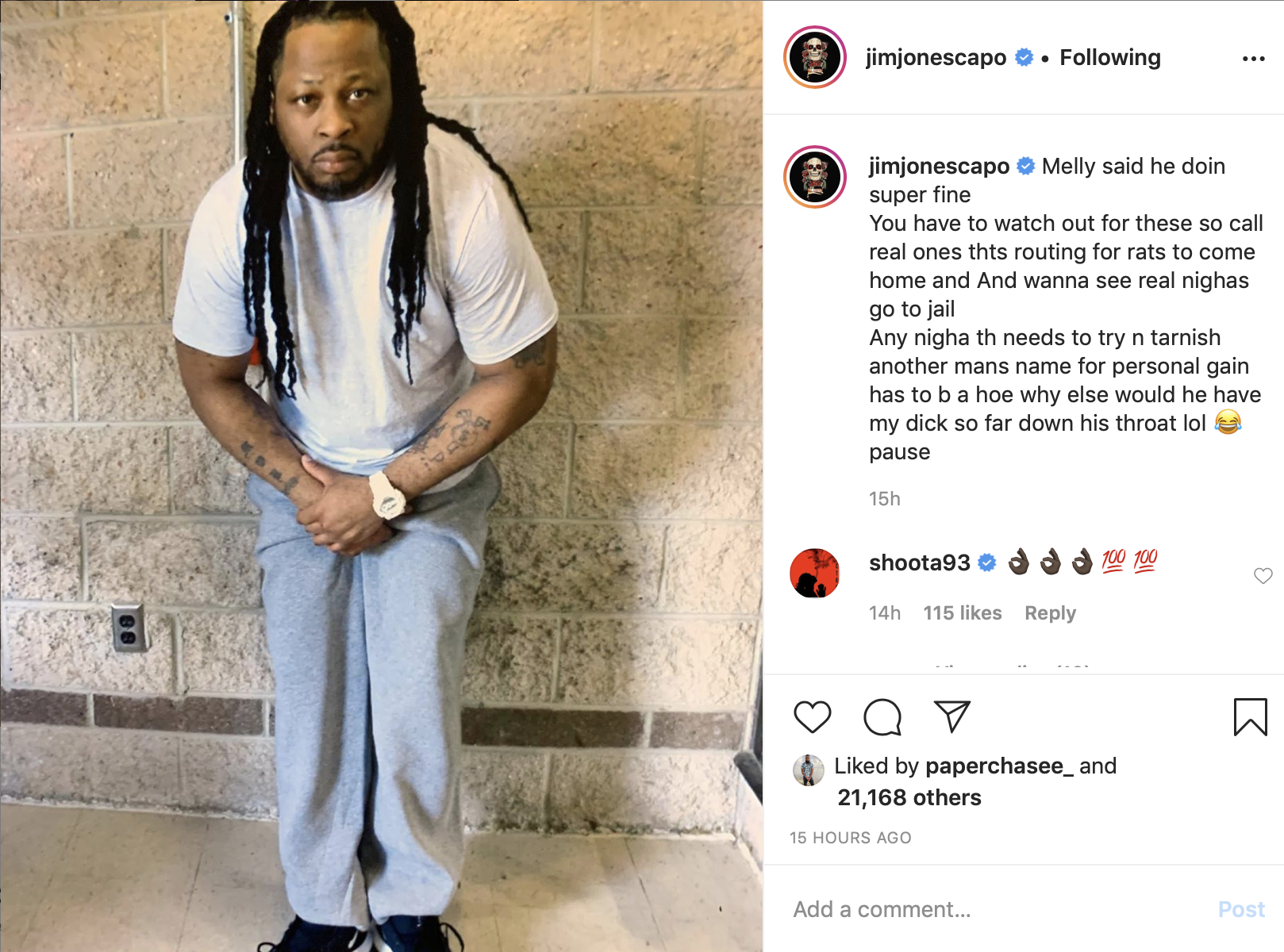 50 Cent then addressed Maino for liking the above mentioned Jim Jones post by reposting the bottom portion of the same Mel Murda photo and captioned the post by writing,

“i learn something new everyday,😏see i looked out for this guy when he needed help. I made a call to get him his deal but people forget. being a good judge of character is detrimental to success and people change so you have to watch them. if you stay on point you will peep the change.” 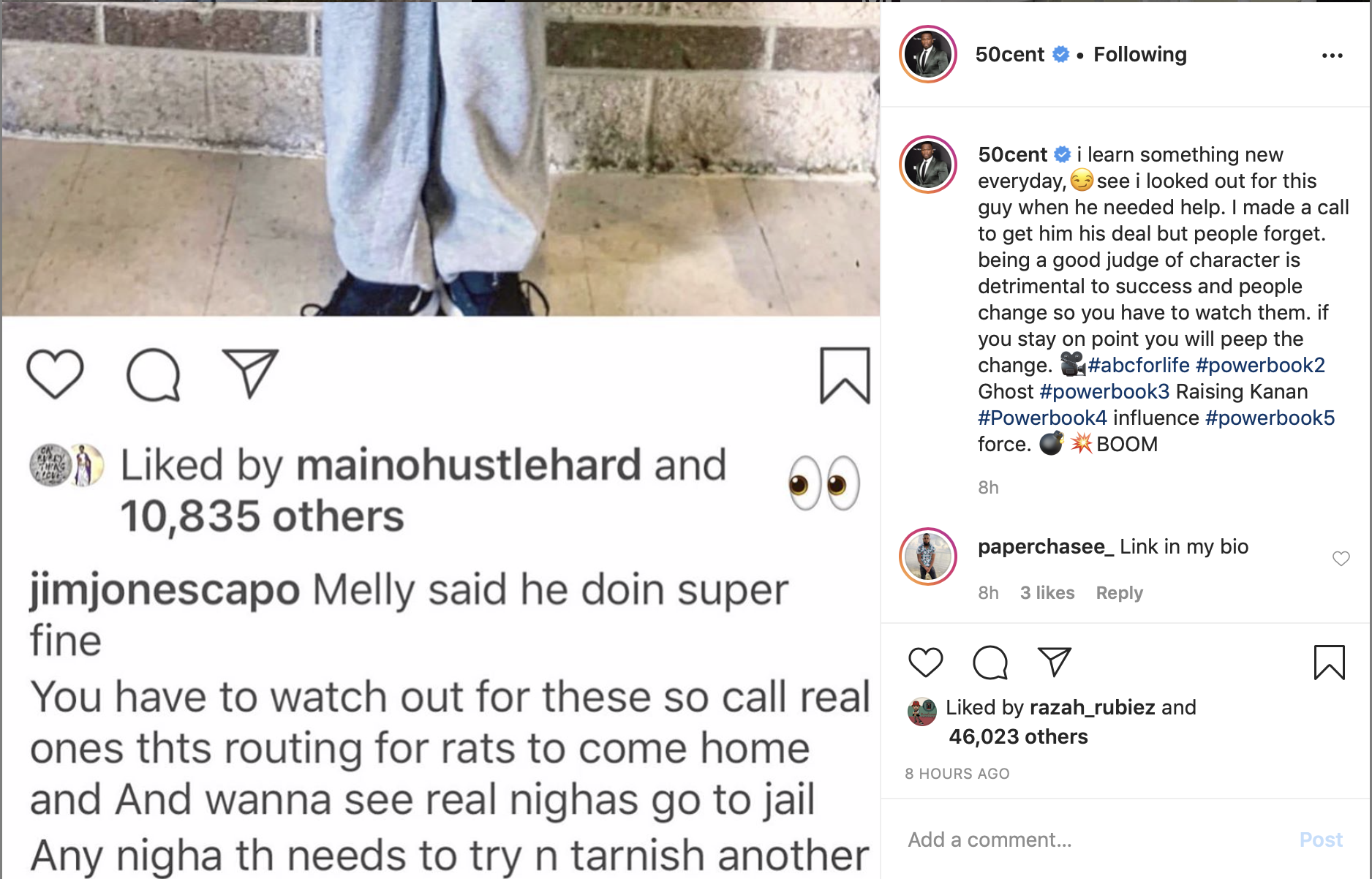 Maino then responded to 50 Cent on 50’s IG account and then reposting his own comment on IG,

“Lol Nah I ain’t forget…Never will. You OverThinking brah.” 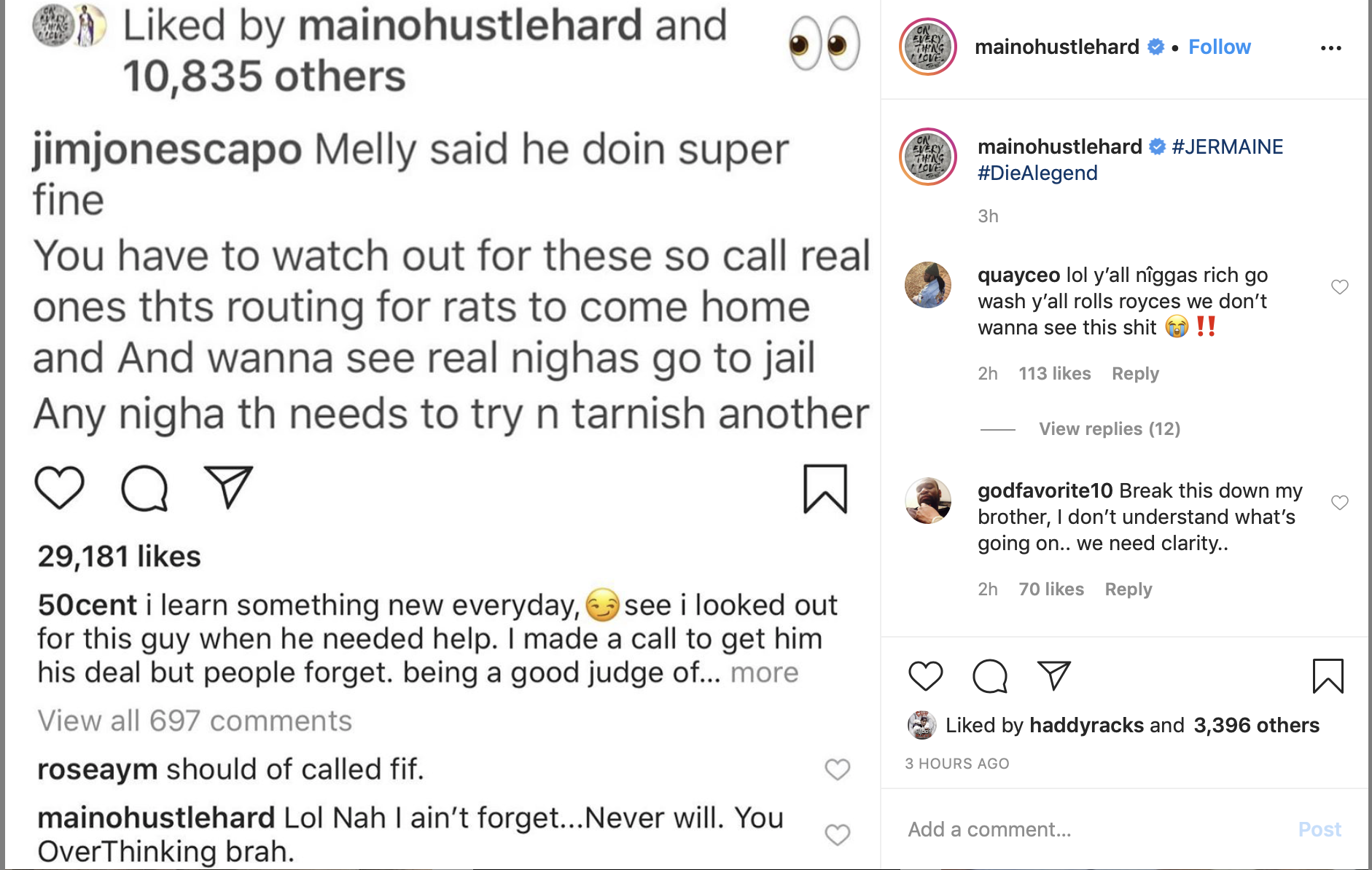