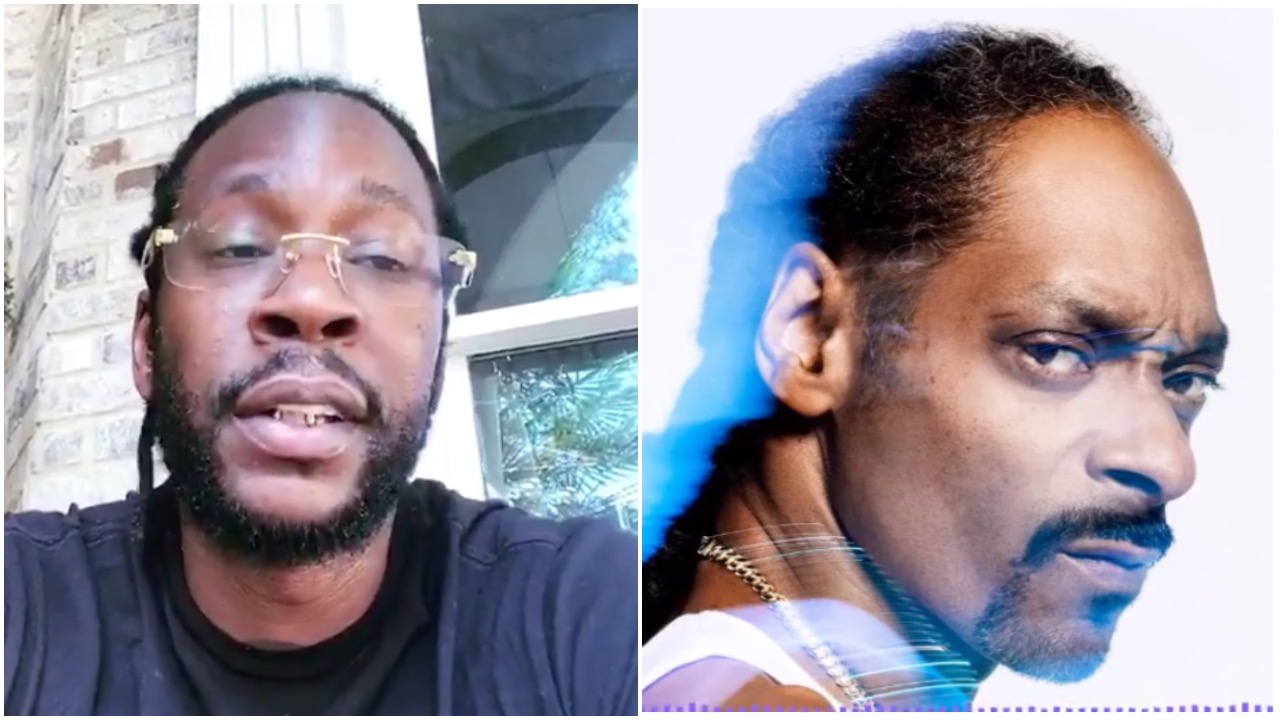 2 Chainz took to social media pumped up. His post channels, “It’s been a lot of ducking and dodging on these song battles…The SOUTH vs EVERYBODY..” 2 Chainz continued by captioning his post with,

“Or @laflare1017 [Gucci Mane]! I Saw this statement and I agree and I know don’t nobody want no smoke wit our city ! Tip and Luda had the game goin crazy then Gucci and Jeezy , then me and future now qc and ysl but weee alll having more than 20 bangers sooooo who outside of this city want smoke ?? @therealswizzz you know who I want”

It didn’t take long for West Coast TITAN Snoop Dogg, back then referred to as Snoop Doggy Dogg, to step up to the challenge and for 2 Chainz to back down from the challenge.

“Snoop dogg. Vs anybody nefew I been saying that u know me and my side want all the smoke me. 2 short. Ice. Cube. E40 n d j quik. That’s my starting 5 no 🧢 nobody want that big dogg generational smoke that raised u and still banging. With. U 🤜🏾🤜🏾💯🔥 🎤 drop westcoast has spoken 😷🐐🐐🐐🐐🐐”

“2 Chainz was quick to cop deuces in responding to Snoop, “@snoopdogg you gotta go against hov or some east coast rappers unk we grew up on y’all !” 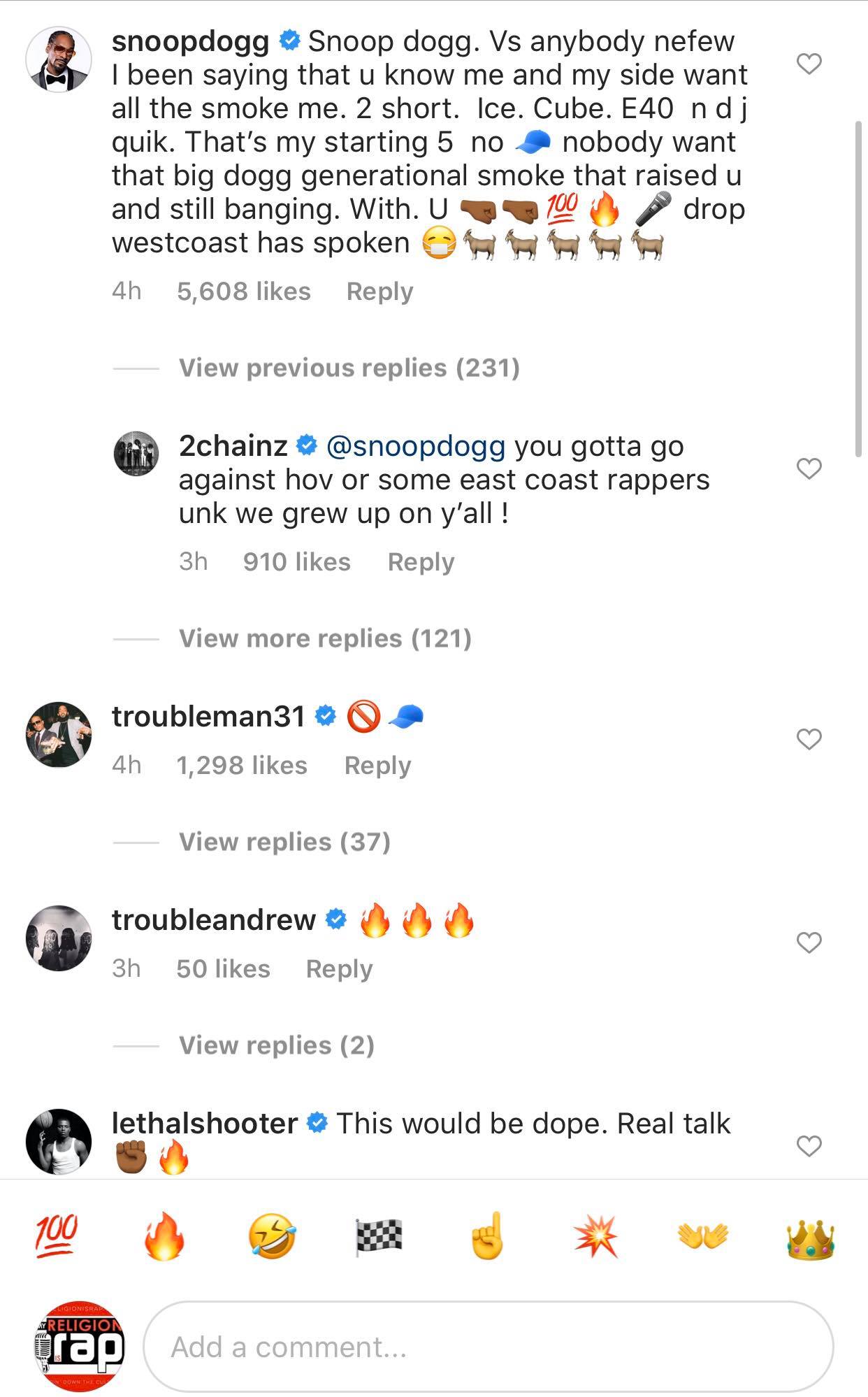 2 Chainz later toned down his challenge. Find his statement up top in the video.