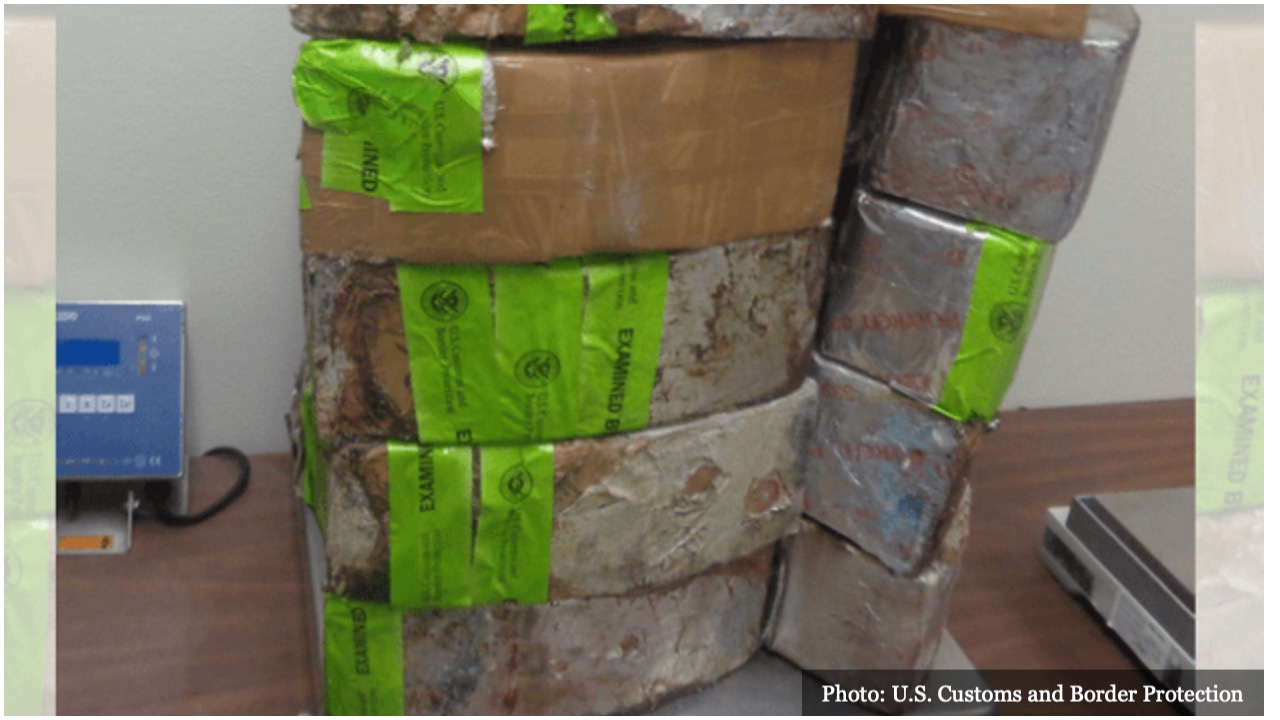 U.S. Customs and Border Protection (CBP) officers in the Rio Grande Valley, the region which includes the southernmost tip of South Texas and a portion of northern Tamaulipas, Mexico, seized nearly 175 pounds of methamphetamine at a Texas port of entry. The seizures came in two failed drug-trafficking events at the Hidalgo-Reynosa International Bridge (the bridge which crosses the Rio Grande between the state of Tamaulipas in northeastern Mexico and the state of Texas).

According to information released by U.S. Customs and Border Protection, CBP officers assigned to the Hidalgo-Reynosa International Bridge on 10/30 reportedly noticed a Toyota Sequoia approaching for entry into the United States prompting the officers on duty to send the driver of the Toyota Sequoia to a secondary inspection area for further inspection which led to the discovery of 24 packages of illicit narcotics. The drug shipment reportedly has an estimated street value of $3,355,500.