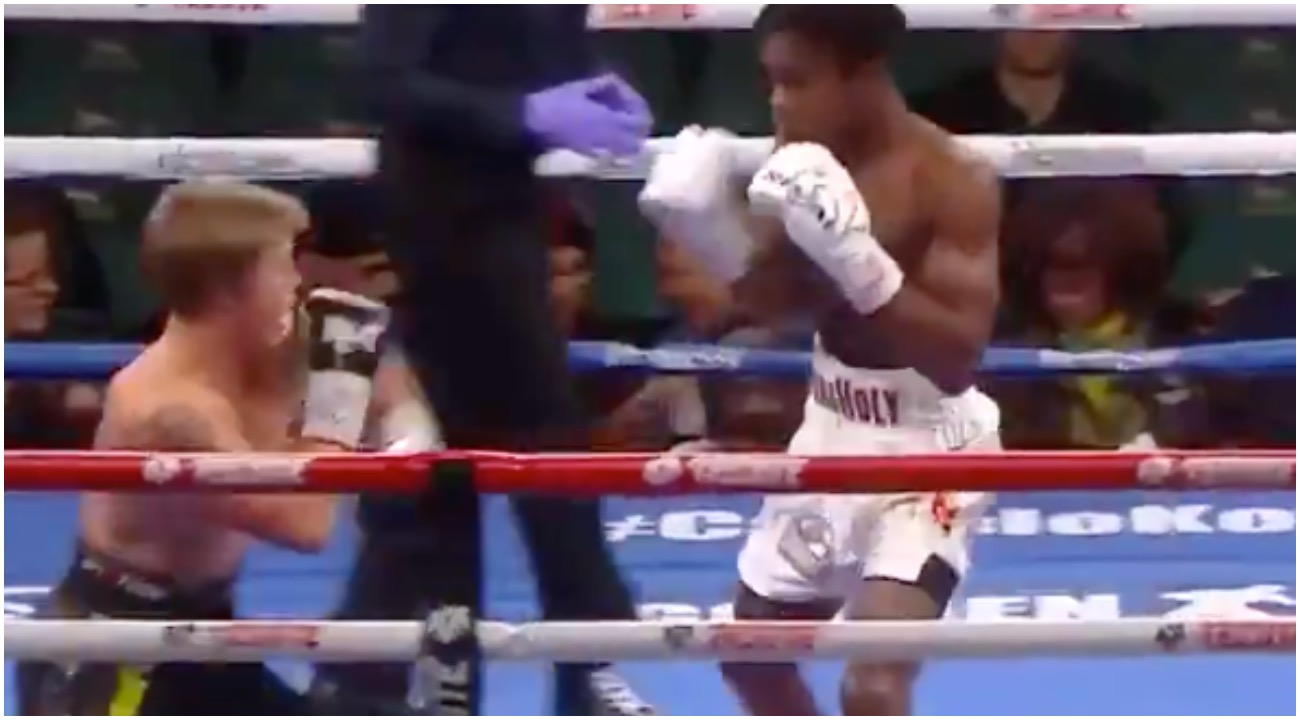 Evander Holyfield’s son, Evan, 22, made his professional boxing debut yesterday evening (11/3) on the undercard of the Canelo Alvarez/ Sergey Kovalev fight. Evan was fighting another rookie fighter, Nick Winstead, 21. In addition, the referee overseeing the match, Robert Hoyle, is also a rookie and clearly was leaning on the side of caution.

Holyfield looked impressive by knocking out Winstead in the early seconds of the fight. Things got controversial, however, when Hoyle stopped the fight even though Winstead seemed more unprepared and shocked than unable to continue boxing. Watch the clip below. Total fight time: 16 seconds.